Repairing damage to Eindhoven Central station will take weeks or even months. Rioters have caused tons of damage on Sunday, a spokesperson for ProRail said on Monday. 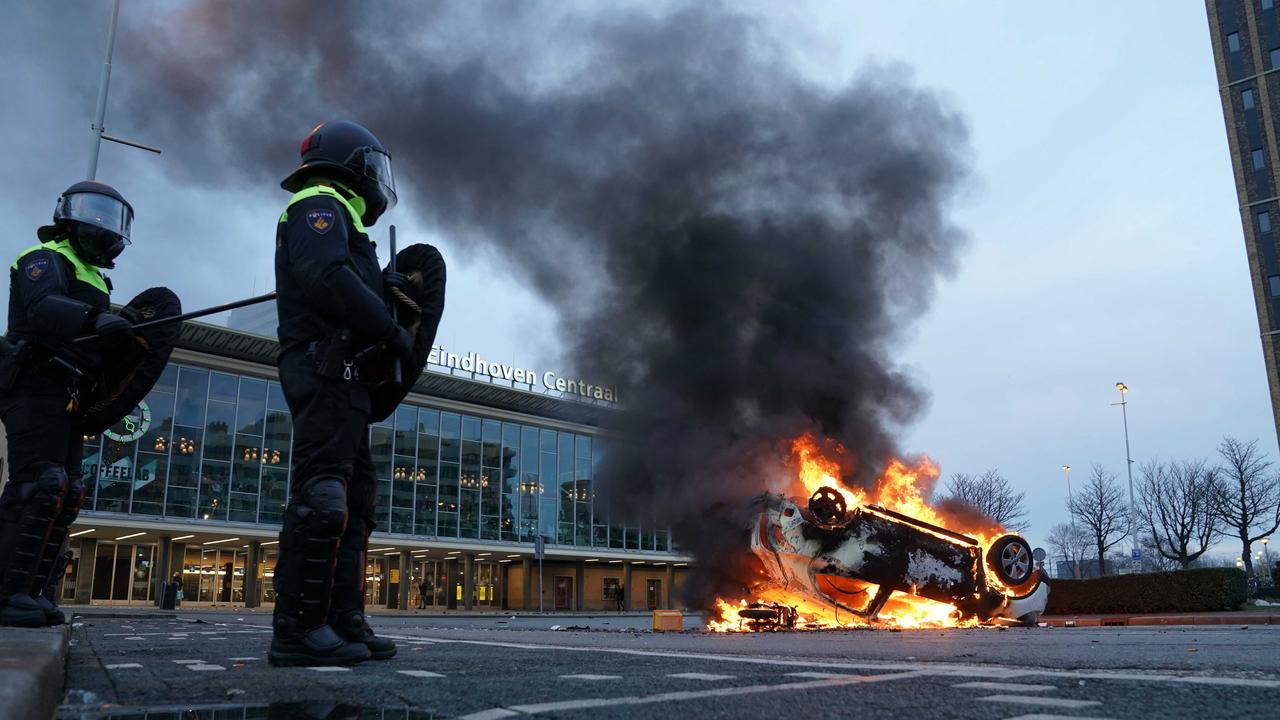 Repairing damage to Eindhoven Central station will take weeks or even months.

Rioters have caused tons of damage on Sunday, a spokesperson for ProRail said on Monday.

According to the spokesman, the biggest mess has been cleaned up.

It mainly concerned broken glass and other remains of broken windows and doors.

"Dozens of people are busy tidying up and cleaning. But it takes weeks to repair all the high windows, for example. Especially with the restoration: those are high windows, not average panes. They have to be made to measure."

"And that while the station has recently been completely renovated and was only renamed a central station a year ago. What happened here is unprecedented by Dutch standards. It is deep and deep."

Rioters not only smashed the glassware, they also destroyed a piano in the station hall, set a ProRail car on fire, looted Jumbo's in-house shop and took the cash register with them.

"They destroyed the shop," said the ProRail spokesperson.

The Eindhoven mayor John Jorritsma said earlier that the city has been torn apart by "rioters who have nothing to do with the city".

In several cities unrest arose because of the curfew introduced on Saturday.

The police have arrested dozens of people.

Since last Saturday, residents of the Netherlands have to stay in every evening and night between 9:00 PM and 4:30 AM, unless they have a valid reason to go outside.