Delivery drones can also be used to get to areas that are difficult to access. A start-up from Hessen is competing with global companies and is now hoping for a boost from the corona vaccines. 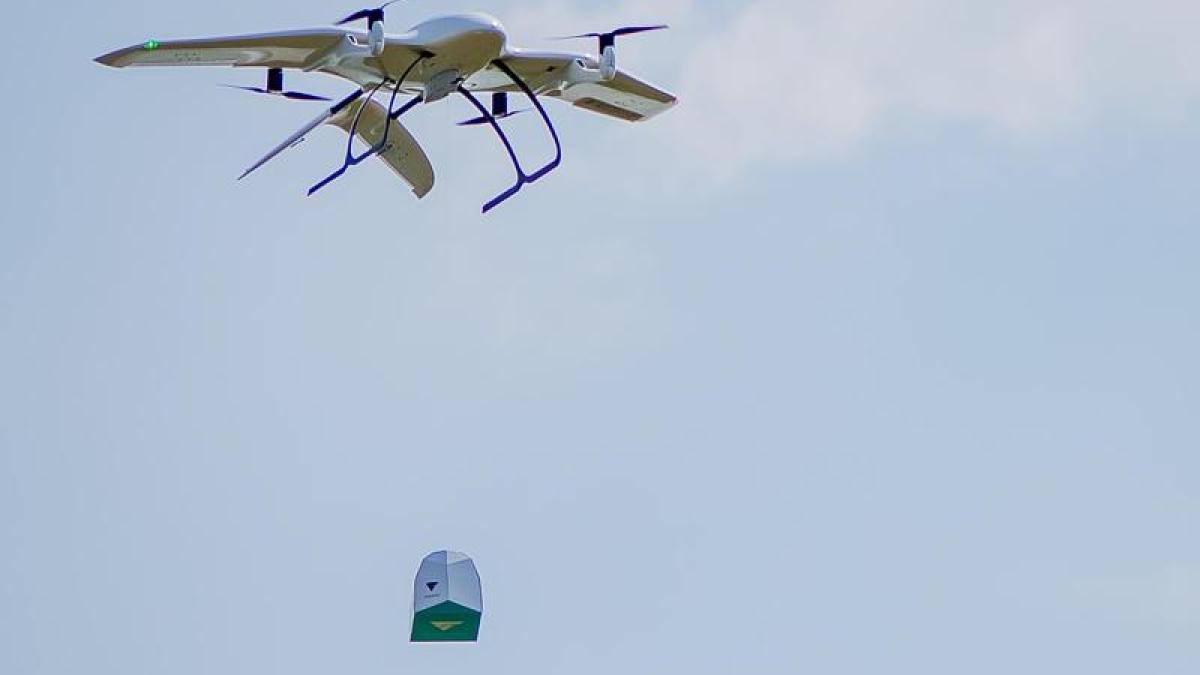 Darmstadt (dpa) - The Hessian start-up company Wingcopter is getting ready to use drones to deliver corona vaccines to remote areas of the world.

"Even before the crisis, we supplied 19 villages in a successful pilot project in the South Pacific island state of Vanuatu," reports Wingcopter managing director Tom Plümmer in Weiterstadt near Darmstadt.

In Malawi, Africa, they are currently maintaining a drug delivery network in collaboration with Unicef ​​and the Society for International Cooperation (GIZ), while at the same time training local drone experts at an academy.

The company from the TU Darmstadt has announced that it has raised a further 18 million euros in risk capital.

Wingcopter wants to use the fresh money to get into the industrial production of their delivery drone, of which a greatly improved new version will be presented in the coming months.

To this end, production is to be set up in a former 6500 square meter e-bike factory in Weiterstadt near Darmstadt, as Plümmer reported.

«We have brought in experts from automobile production, with whose know-how we are currently setting up series production.

In the future, we want to build tens of thousands of drones there. "

The team is expected to grow from around 100 people to more than 130 this year.

Wingcopter GmbH competes with global companies such as Google or Amazon for the development of high-performance delivery drones.

There have already been joint projects with the logistics companies DHL and UPS as well as with the Darmstadt chemical and pharmaceutical company Merck.

The device from Hessen, equipped with wings, can ascend vertically and then fly on the route like a propeller plane even in adverse weather conditions.

The key innovation is the tilt rotors developed by co-founder Jonathan Hesselbarth, which Wingcopter had already patented in 2012.

Production is also planned in the USA, where the Wingcopter is currently in the process of being approved by the FAA.

This market will outstrip military uses in the middle of the decade.