This is what happened to three ex-Nokia employees: Soon the salary doubled - “I felt like a super expert”

The fates of those who left Nokia are varied. Three of them tell how they did. 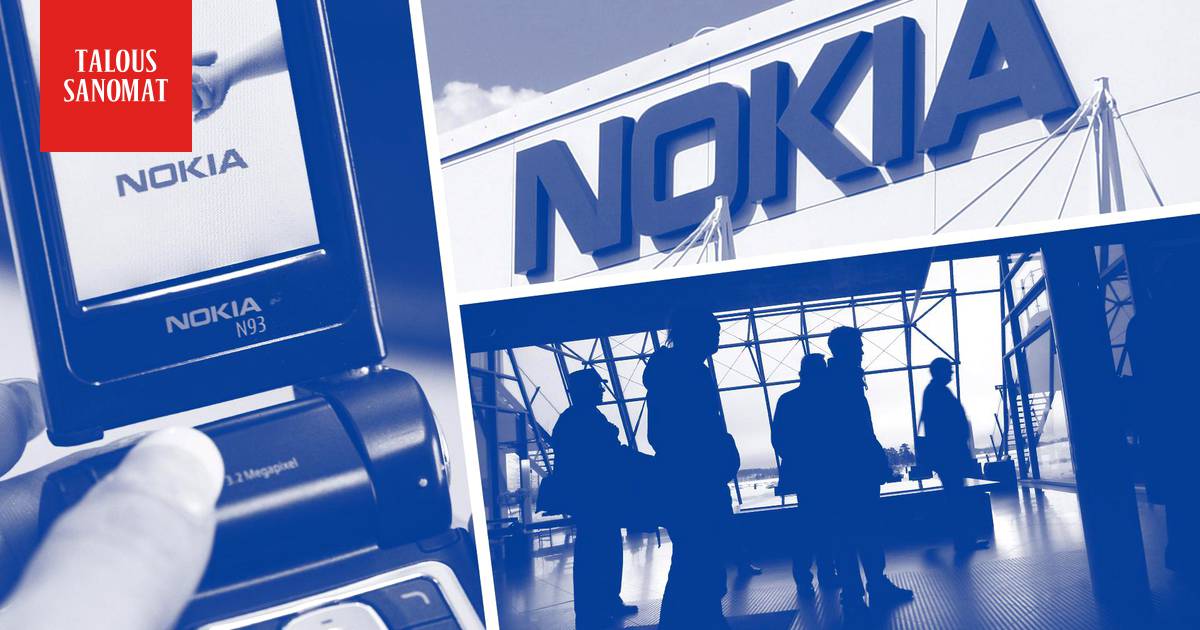 A large proportion of those who have left Nokia have re-employed, but almost one in ten is unemployed.

This was revealed in a study published on Monday by Etla, a Finnish business research institute, which used Statistics Finland's data to find out what happened to those who left Nokia in 2009–2014.

Taloussanomat asked for contacts from people who have left Nokia.

Some of them have left later than those that were the subject of Etla's research.

Interviewees do not appear in the story under their own names.

After an 11-year career, Pia left Nokia on her own initiative in 2011.

- I left just before the big co-operation negotiations, because I received an offer from elsewhere through the headhunter and the co-operation threat was already on.

Unfortunately, I did not receive the acknowledged redundancy package, because by the beginning of the co-ops I had already resigned, although I was still working at the notice period.

Pia says she continued to work for a new employer in positions similar to Nokia's, but her salary almost doubled.

- It seemed that the processes followed at Nokia were light years ahead of others, so in my new job I felt like a "super-expert", and I developed a wide range of methods, tools and processes there.

Pia was used to the “big drive” and efficiency of her Nokia years.

- It was time for a shock to move to a culture where there was still paid for attendance, not the results of work.

So I became dusty with quite a few old-fashioned methods in my new workplace, and I got a lot of praise for my new insights.

The Nokia years left a large network of experts in various fields, which has been useful later.

- We all shared a similar way of working and thinking, and even today it is always easy to work with former Nokia employees if they are met in the world of work.

We share a different sense of belonging than others, and we are, so to speak, the same family.

Jussi is still looking for work

Jussi had to leave Nokia two years ago after a 22-year career.

- I had seen and avoided the reduction needs of myself from many rounds of co-operation negotiations, sometimes even incredibly narrowly, but now somehow I just knew it was my turn.

Jussi was confident that there would be a new job.

However, job search coaching already returned to the surface.

He assumed his CV was well done, after all, he had been interviewed every time he had previously tested his labor market value.

- Oh boys, there was a slight shock that these CVs would no longer be made in the way that was taught in the 90s.

That's the arrogance of the make-up boy, and now I had to list what part.

And just at that moment, I felt like I didn’t know anything.

There was a slight shock that these CVs would no longer be made in the way that was taught in the 90s.

Jussi describes himself as an ubiquitous planer with no in-depth special expertise.

A former colleague who became a real estate agent got him excited about the property management industry, which was supposed to have a labor shortage.

He went on a “momentary mental disorder” to the transformation training at the te office, which, however, would not lead to a vocational degree.

After a few steps, the te-office supported him to complete a vocational degree in hosting, and the college looked for him an internship.

- I was placed in the middle of real estate secretaries to knock on the stairs and stock numbers of new property management sites into the systems.

Then the co-workers started at the internship place.

Jussi got an agreement with the te office that he would switch to an ICT vocational degree in the field of property management.

He had to pay for it himself.

He got an internship last year, but it didn’t give birth to a job.

- My motivation is almost zero.

And the rest of my motivation is absorbed by Korona and its economic implications and the impossible employment goal for such a multi-skilled person.

Tomi found a new career in the beer business

Tomi worked as a team leader in the United States when it was announced in the summer of 2011 that the office would close at the end of the year.

- At that point, it was already becoming clear that there was no turning point in the downturn in the mobile phone business, so I chose a redundancy package and started looking for jobs elsewhere after fifteen years of Nokia.

Tomi had come to work for Nokia directly from college, and had no networks in the United States outside of Nokia.

The economy was still recovering from the banking crisis, so the time to look for a job was not the best, according to Tom.

However, he says that he believed in his own skills, and returning to Finland did not seem like an alternative.

He began marketing himself as a project and project management professional in the United States.

Tomi participated in the career coaching provided by Nokia and completed a project management certificate, as well as applied for vacancies in a wide range of industries.

He soon got a temporary project manager job from a large operator.

It then took a while before he got a new job from a completely different industry, a food company.

- This was for me an industry switch from mobile phones to chocolate and biscuits, yet familiar with the global manufacturing, sales and marketing of consumer products.

For the past couple of years, Tomi has worked in information management for a big beer giant.

- I would be extremely proud to be a techie after a quarter of a century: after all, I have managed to achieve a job whose benefits include free beer.