display Kitzbühel (dpa) - On a winter sports weekend full of pick-packs, the focus is on the downhill ski aces in Kitzbühel and the biathlon in Antholz. But Nordic skiers, snowboarders, speed skaters and skid cracks in the ice channel are also in action. ALPINE SKIING World Cup in Kitzbühel, Austria display 11.30 a.m .: Departure of the men (ZDF and Eurosport) World Cup in Crans-Montana, Swi 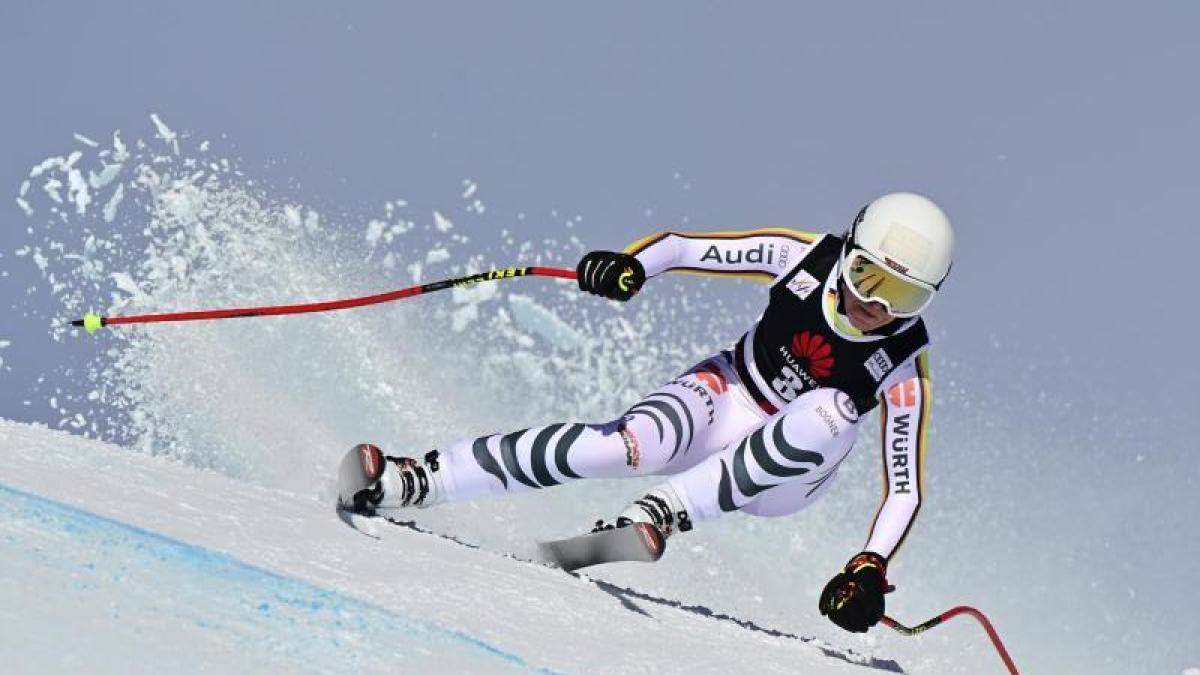 Kitzbühel (dpa) - On a winter sports weekend full of pick-packs, the focus is on the downhill ski aces in Kitzbühel and the biathlon in Antholz.

But Nordic skiers, snowboarders, speed skaters and skid cracks in the ice channel are also in action.

The German speed aces want to attack again on the notorious Streif after a strong first day and this time also target the podium.

After two serious falls on Friday, the track could be defused in nuances.

In addition, according to the weather report, it could rain or snow.

The women are at the start in Crans-Montana for a second time.

After Kira Weidle braved the strong winds on Friday, she wants to finish in the top five again.

Vice world champion Vanessa Hinz has fought for a chance to win the World Cup ticket with twelfth place in the individual - she has to make it into the top 15 in the mass start.

Four years ago there was the last relay win for the German ski hunters in the South Tyrol Arena.

One week after the poor sixth place in the team competition in Zakopane, the German ski jumpers have the chance to do better as a team.

The strongest aviator quartet will also be sought in Lahti on Saturday.

"The hill just suits me," said Markus Eisenbichler about the competition site in Finland.

The German combiners want to prove their recent strong form in Finland.

With a view to the victory in the team sprint of Eric Frenzel and Fabian Rießle as well as places two and three in the individual last weekend, national coach Hermann Weinbuch said: "As a team, we acted very closely, and you can feel the potential for development in all the athletes."

It will be interesting to see whether his athletes in Finland can keep up with ski jumping on the large hill as well as on the normal hill in Italy.

After strong performances and eighth place overall at the Tour de Ski, Germany's best cross-country skier, Katharina Hennig, is looking forward to the competitions in Finland.

«The races at the Tour de Ski have given me a lot of motivation.

Above all, it was important for me to see that my plan worked again and that I was in shape after Christmas, ”said the 24-year-old.

"Now the goal is to maintain and develop this form until the World Cup."

After skipping the Tour de Ski, many of the strong Norwegians want to be there again in Lahti.

After a five-week break, there is something like a second start to the season for the ski jumpers.

The competitions in Ljubno, Slovenia are only the second World Cup station this winter.

"I am optimistic and happy that we can now jump back in the World Cup," said Katharina Althaus before the team competition on Saturday.

With regular competitions up to the home World Cup in Oberstdorf, the team of national coach Andreas Bauer wants to find its form for the season highlight.

After the sobering appearance of the German teams in the pursuit, on the second day the hopes rest mainly on the German ice sprinters Joel Dufter - a week ago EM third in the sprint four-way fight - and Nico Ihle.

Claudia Pechstein has an outsider chance in the mass start race.

In the men's two-man bobsleigh, there seems to be more tension.

For record world champion Francesco Friedrich, the railway on the Königssee is not one of the favorite routes by his own admission.

And what's more: "Hansi knows every inch here, it will be a close race," said Friedrich, looking at Johannes Lochner, who wants to stop the Dominator's winning streak again on his home track.

In the world series Monobob, the German women want to clinch their first victory on the home track.

“For me, every week is an immediate preparation for the World Cup.

In the two-seaters category, the Austrians Thomas Steu / Lorenz Koller have so far been ahead of the German duos.

The brothers Andris and Juris Sics are also fighting for the podium.

Anna Seidel has created a good starting position for the all-around for the second day of the European Championship and is still in the race on all three individual distances.

The Dresden woman will be in the semifinals over 1500 meters on Saturday and the quarter-finals over 500 meters.

The 1000 meters and the relay races will not be decided until Sunday.

The German ski crossers want to attack the podium again on the slopes in central Sweden and at the same time gain more experience on the track where the World Championships will take place in February.

Because the women’s top driver Daniela Maier is missing after a cruciate ligament tear, the hopes of the DSV rest on the men.

The German freestyle aces André Höflich and Leilani Ettel convinced in the qualification at the most important snowboard event in Europe and are now attacking in the halfpipe finals.

In the top-class starting fields, top positions or even a podium would be a huge success for the athletes from Bavaria.

In the Italian Chiesa in Valmalenco, the snowboard crossers are finally in line with their first World Cup after many Corona cancellations.

This will also be the only event in the discipline before the World Championships moved to Sweden in February.