In Russia, supporters of the Kremlin critic Alexei Navalny called for a day of protest. Thousands took to the streets across the country and there were tumultuous scenes. Navalny's wife Julia was arrested in Moscow.

According to civil rights activists, more than 2,100 people have been arrested during the protests for the release of Kremlin critic Alexei Navalny.

The organization OWD counted the most arrests in Moscow (800) and St. Petersburg (more than 300).

Reporters from the German Press Agency reported on the central Pushkin Square in Moscow of uniformed men who carried demonstrators to prisoner transports or who took them away.

The wife of Kremlin critic Alexei Navalny has also been arrested.

"Please excuse the poor image quality," wrote Julia Navalnaja on Saturday about a photo she published on the Instagram online service.

It shows her in a police prisoner van in the Russian capital.

There were many young people and middle-class people among the thousands of protesters in Moscow.

In contrast to unauthorized rallies in the past, the central Pushkin Square was not cordoned off in large areas.

Activists complained that the internet was being throttled.

Navalny's supporters called for protests in more than 90 Russian cities this Saturday.

They are demanding the release of the opposition activist, who was sentenced to 30 days in prison on Monday in a controversial urgent procedure.

The 44-year-old and his team see the judiciary's actions as politically motivated.

The demonstrators took to the streets in the Far East of Russia despite temperatures sometimes below minus 50 degrees Celsius, including in Vladivostok, Yuzhno-Sakhalinsk and Novosibirsk, Russia's third largest city.

“Putin is a thief,” shouted the people in Moscow - as they did in many other cities in the country, where the protests took place several hours earlier than in the capital due to the time difference.

At the beginning of the week, Navalny's team published an unveiling video entitled “A Palace for Putin”, which is supposed to prove that the president had a “tsarist empire” built on the Black Sea with bribes.

The Kremlin describes the allegations in the film, which has been viewed more than 67 million times, as "nonsense" and "lies".

But there were also reports from security forces who did not intervene, but let the people march.

The Russian authorities are threatening heavy fines for participating in the unauthorized rallies on Saturday.

Video footage from Vladivostok on the Pacific coast showed police officers chasing a group of demonstrators through the streets.

In the city of Khabarovsk, near the border with China, protesters gathered when temperatures were well below freezing.

They shouted “Shame!” And “Bandits!”.

In the Siberian city of Tomsk, where Navalny was the victim of the poison attack, people are said to have gathered for the largest unauthorized demonstration in years.

The 44-year-old lawyer and opposition politician Navalny returned to Moscow from Berlin on Sunday and was arrested immediately after his arrival at the airport.

He had recovered in Germany from poisoning with a chemical warfare agent from the Novitschok group developed during the Soviet era.

Police are blocking a square in Khabarovsk, around 6,000 kilometers east of Moscow

In Vladivostok, a protester is pushed to the ground by police

Police arrest a woman during a rally in Moscow

After his arrest, Navalny called for nationwide protests for his release.

The police announced a crackdown on the protest participants.

There had already been several arrests in Nawalny's environment.

The Russian Investigative Committee said on Friday that it was investigating the call for unauthorized protests.

Navalny's close ally Leonid Volkov told the “Frankfurter Allgemeine Sonntagszeitung” that street protests were “the only means in Russia to get someone out of prison”.

It has also happened that Russian opposition activists have been poisoned twice in a row.

Therefore “the only protection” for Navalny is “maximum visibility and support in the population”.

Russia has forbidden interference from abroad because of the protests.

In a statement, the Russian Foreign Ministry criticized the US embassy in Moscow, which had listed several demonstrations with exact meeting points and times.

Under the guise of concerns about the safety of US citizens abroad, Washington wants to fuel the protests in Russia, criticized Moscow. 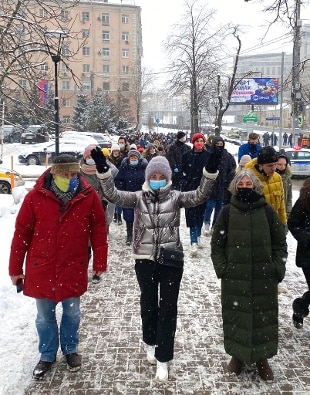 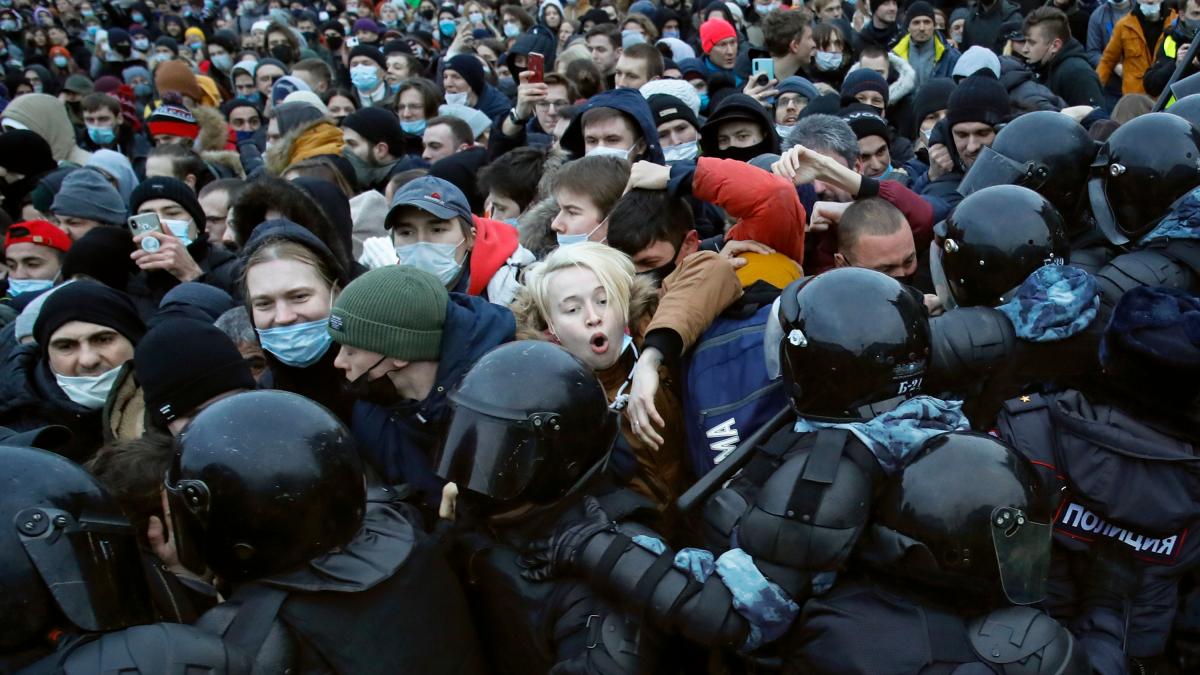