A new ambulance belonging to the Armed Forces has recently been rolling on the county's roads. It helps the Academic Hospital with covid patients during the winter, when the helicopter has to stay on the ground due to the weather. 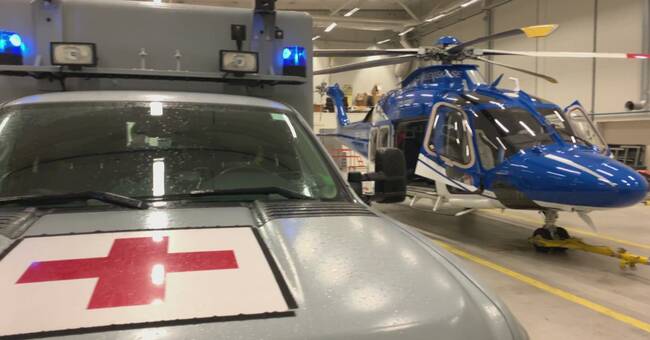 - When it is cold, there is light ice formation on the helicopter's rotor blade, and now we have this ambulance instead of relieving the heavily burdened medical care, says Daniel Löfving, doctor at the University Hospital's airborne intensive care.

The ambulance, which is run by firefighters from Luftstridsskolan, is used almost every day and departs from Ärna.

- The space is a little better than in the helicopter, but otherwise it is the same equipment and not much difference for us, says Linda Karlsson, nurse.

The Uppsala Region already uses a Black Hawk helicopter, which the Swedish Armed Forces delivered in April last year at the request of the National Board of Health and Welfare.

The video: Look into the military ambulance and see how it works.