«Wahnsinn, Wahnsinn» in the Borussia duel - BVB in crisis

The first half of the second half of the Bundesliga season was spectacular. Gladbach and Dortmund met with an open visor for the Borussia duel. In the end, Borussia vom Niederrhein won for the first time in almost six years. The guests react in frustration. 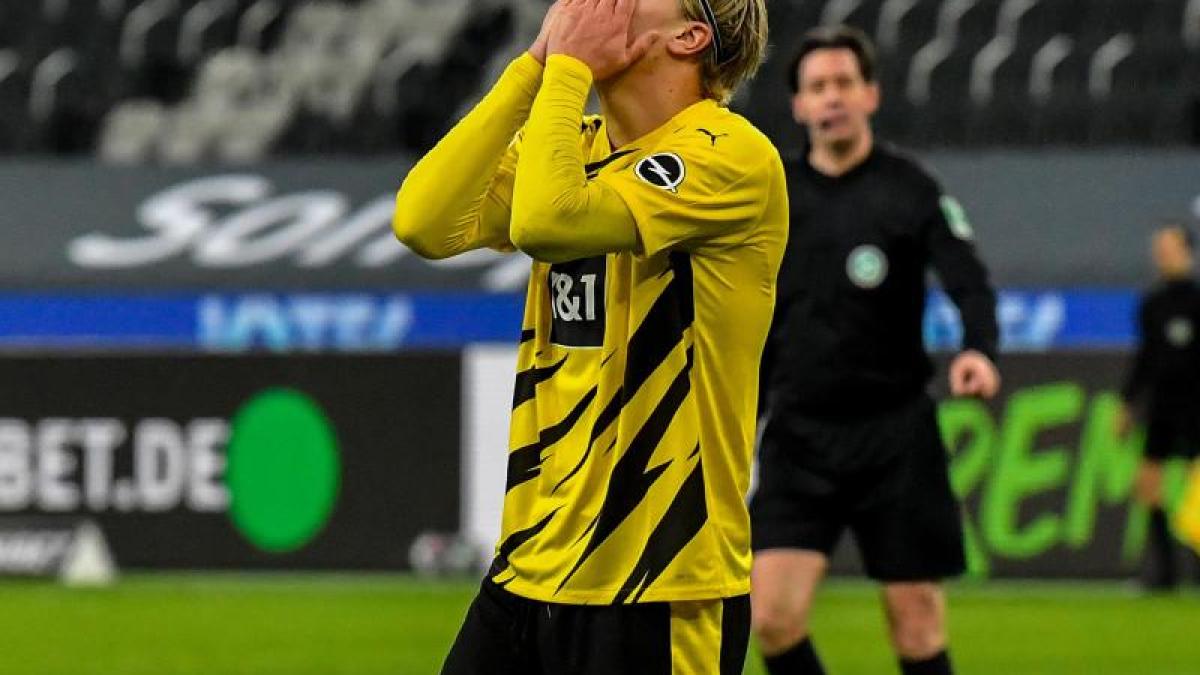 Mönchengladbach (dpa) - What a football game!

The furious 4: 2 (2: 2) by Borussia Mönchengladbach on Friday evening against Borussia Dortmund at the start of the second half of the Bundesliga sparked enthusiasm.

It went back and forth, "said Gladbach's defense chief Matthias Ginter after beating his ex-club:" Great performance from everyone. "

Even Dortmund found positive approaches after the third game without a win in a week.

Especially in the first half, both teams offered a spectacle and a sometimes wild game.

A goal by Florian Neuhaus from Gladbach in the first minute was subsequently canceled by video decision.

The first of two goals by Nico Elvedi (11th minute) counted and was still too few for the team from the Lower Rhine in view of the oppressive superiority in the first ten minutes.

Only then did BVB start offensive campaigns.

Only after the change did the game become more orderly, but it continued no less furiously.

«These are always the same mistakes that we make.

Despite the generally good offensively good game of Westphalia, BVB is now in crisis after the 1: 1 against Mainz, the 1: 2 in Leverkusen and the renewed setback in Gladbach.

"One point is of course too little in the claims that we have," complained BVB coach Edin Terzic about the result of the past English week, at the end of which Dortmund was surpassed by Gladbach in the table and fell out of the Champions League ranks.

Gladbach, on the other hand, is still unbeaten in the new year.

"Now it's time to stick with it," demanded coach Rose with regard to the fight for the Champions League ranks.