Will the lifting of MP Simian's parliamentary immunity soon be reconsidered?

New elements in the investigation for moral harassment by spouse which targets the deputy for Gironde, could prompt the Assembly to reconsider the lifting of his imm 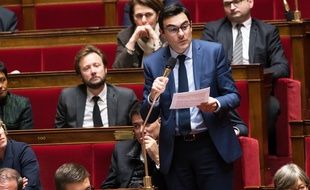 Benoit Simian, ex-LREM deputy for the 5th district of Gironde, in the Médoc.

The investigation for moral harassment by spouse, which targets the deputy of the Gironde Benoit Simian, soon relaunched?

The lifting of the parliamentary immunity of the deputy, in order to hear him in police custody, could in any case be again examined by the National Assembly after a first request of justice which had not succeeded, according to the presidency. du Palais Bourbon, Thursday.

In December, the office of the National Assembly, seized by the Bordeaux justice, had refused the lifting of the parliamentary immunity of Benoît Simian, deputy since 2017, and spent at the beginning of October from LREM to the parliamentary group Libertés et Territoires.

, which revealed the information, provided new information by affirming that the deputy had sought to avoid summons from the courts and the gendarmes in charge of the case.

"The Bureau of the Assembly had not been seized of the inclinations to avoid the convocations", one indicated in the entourage of Richard Ferrand.

"He concluded that it did not prevent the procedure," the same source added.

"With these new elements, if the prosecution wishes to seize the Assembly again, there will be the possibility of examining a new request for the lifting of parliamentary immunity", added the entourage.

reports facts of which the delegation responsible for examining the lifting of parliamentary immunity was not aware", confirmed a deputy, member of the Bureau of the National Assembly.

For the prosecution, police custody is the “only way to force him to come and explain himself”

In a decision of December 9, the Office of the National Assembly argued that Benoit Simian “never shied away from justice but, on the contrary, always complied with the invitations to free hearings sent to him by the services of gendarmerie;

that he has undertaken to remain at the entire disposal of justice and to comply with summons to new free hearings as long as necessary ”.

Although, in his request formulated in September, the Bordeaux prosecutor's office stressed that a custody measure was the “only means now” available to him “to force him to come and explain himself and set the limits of his actions ”, the Bureau of the Assembly considered that the hearing under this system of deprivation of freedoms“ does not seem sufficiently substantiated to be considered necessary ”.

The request of the Bordeaux justice is part of an ongoing investigation, entrusted to the gendarmerie, "for several weeks for moral harassment by a spouse", following actions denounced by the ex-wife of Benoit Simian, according to the prosecution.

Gironde: The National Assembly refuses the request for the lifting of parliamentary immunity of an ex-LREM deputy