High Brexit tariffs burden trade in goods with the EU

Unlimited online shopping - that was once upon a time. Brexit could also change buying habits. An association expects drastic solutions. 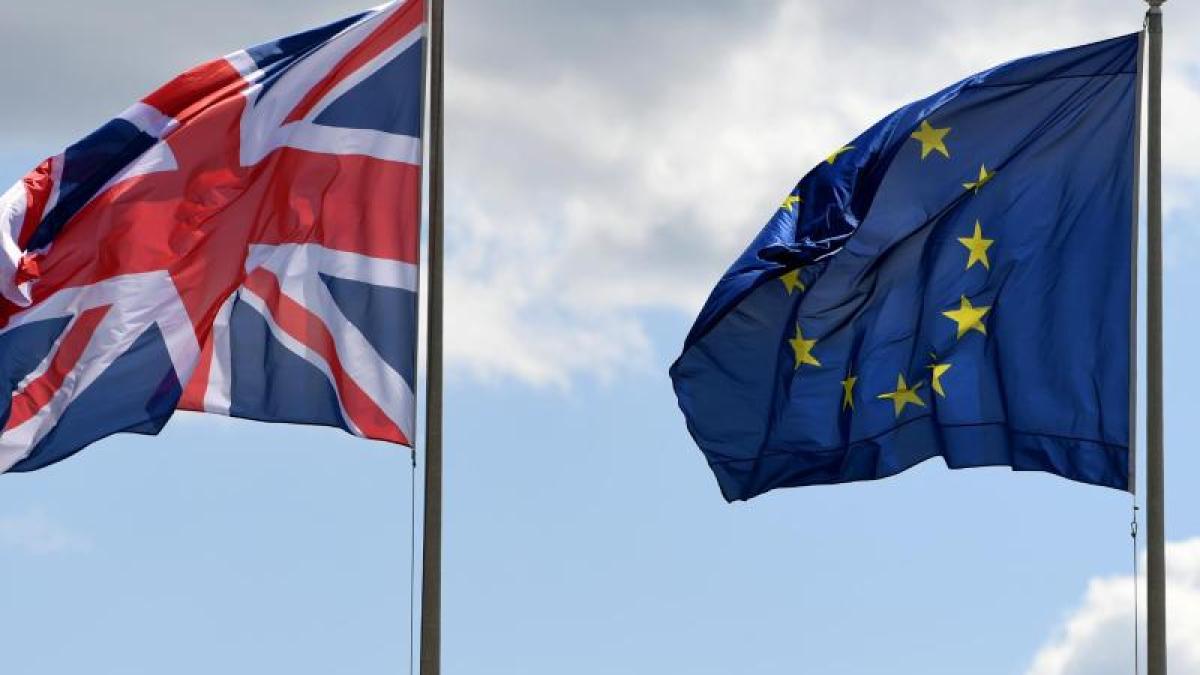 London (AP) - Ellie Huddleston believed she had made a bargain when searching for clothes on the Internet.

Blouses for 80 pounds, a coat for 200 pounds - but the Brexit thwarted the Londoner's bill.

Because the 26-year-old had ordered the new things in the EU.

So she should pay a total of £ 140 in addition for customs, sales tax and other fees.

Too much, decided Huddleston and refused the delivery, as the BBC reported.

Like the young woman, there are some shoppers - and companies too.

Because since Great Britain no longer belongs to the EU internal market, additional tariffs are due and a lot of bureaucracy.

Scottish fishermen have already noticed this, whose deliveries were stuck in traffic for days, and tons of fish and seafood were rotting.

The consequences of Brexit are now also reaching retailers.

Some EU companies no longer deliver to Great Britain, and some parcel service providers and fashion chains have also partially stopped delivering in the opposite direction.

As the BBC reported, many British textile retailers no longer accept returns from the EU.

Several companies have set up warehouses in Belgium, Ireland and Germany, where the returns are initially collected.

"For retailers it is cheaper to write off the costs than to worry," said the head of the UK Fashion & Textile Association, Adam Mansell, the broadcaster.

It is cheaper for companies to either give up the goods "or potentially burn them" than to take them back.

According to the report, almost a third of all goods bought online by EU customers in the UK are returned.

When shipping back to the UK, UK companies then have to fill out customs forms and pay import duties.

"That's part of the fine print of the deal," Mansell said.

Customers in Germany, for example, who buy goods from Great Britain are considered importers.

"Then the delivery service knocks on your door and hands you a customs bill that you have to pay in order to receive your goods."

The delivery services have to collect the delivery fee from the customer - in the case of Great Britain this applies to shipments with a value of goods of more than 22 euros.

Neither DHL nor its competitor DPD had any figures on how many shipments were rejected.

It is the next major setback for UK retailers.

Because of the corona pandemic, sales fell by 1.9 percent in 2020 despite a strong online increase compared to the previous year, and thus more strongly than ever since records began around 25 years ago.

In addition to department stores and gas stations, clothing stores in particular were badly affected - with a minus of around a quarter (25.1 percent), as the statistics office announced on Friday.

"Since the stores are still closed for the foreseeable future and the stores cost billions in lost sales, many retailers are struggling to survive," said the head of the British Retail Consortium, Helen Dickinson.

So far, the UK government sees no cause for concern.

The BBC said: "We have encouraged companies that have not previously had to do with customs declarations to entrust specialists with import and export declarations."

For this, 80 million pounds of aid had been made available.

Prime Minister Boris Johnson had recently spoken of “teething troubles” in retail as a result of Brexit.

Up to 200 trucks would be turned away in the English Channel every day, partly because of incorrect documents, partly because the drivers could not present a negative corona test, which is required for entry into France.

But that is much less than feared, the top official Emma Churchill recently told a parliamentary committee.

But it is not only British traders who have problems trading with Europe.

Conversely, German fashion manufacturers and retailers also have difficulties with delivering to customers in Great Britain.

The Westphalian fashion manufacturer Gerry Weber, for example, has temporarily closed its online shop in England and stopped shipping to the UK until a solution to the Brexit problems has been found.

Some other providers have set up temporary storage facilities in England, reported Gerry Weber manager Aljoscha Kollmeyer, who is responsible for e-commerce.

But Gerry Weber's UK sales do not justify such an effort.

Mail order company Otto reported that in preparation for Brexit and the foreseeable difficulties, it had already stocked important groups of goods in the UK.

But the company continues to deliver goods directly from Germany to the island and benefit from the know-how of the mail order company Hermes, which is part of the Otto Group.

In any case, customs clearance of the goods would incur higher costs for the company.