The American Foreign Policy magazine reported that new information revealed that thousands of tons of the ammonium nitrate shipment that exploded in Beirut port on the fourth of last August, may have been destined for the Syrian government. 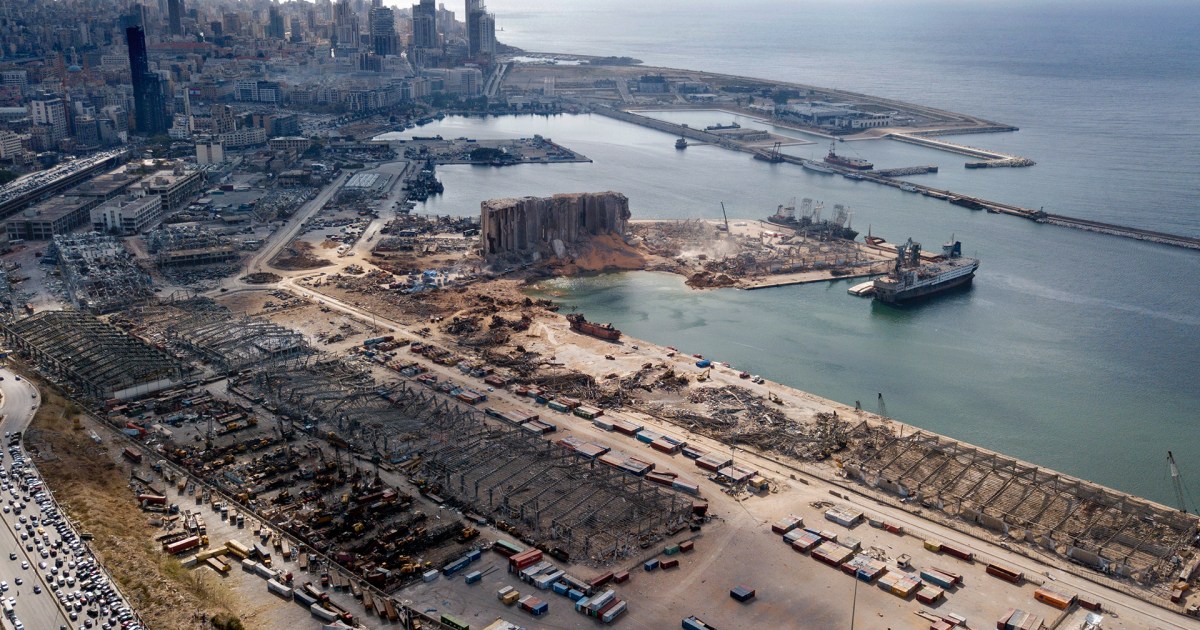 The American Foreign Policy magazine reported that new information revealed that thousands of tons of the ammonium nitrate shipment that exploded in the Beirut port on August 4, may have been destined for the Syrian government.

And the Lebanese government still indicates in its official version so far that the destination of the shipment was Mozambique.

However, an investigation conducted by a Lebanese documentary filmmaker and broadcast by the Lebanese TV channel Al-Jadid established a link to the shipment between 3 Syrian businessmen who supported President Bashar al-Assad in the Syrian civil war, and a seemingly fake company that brought in those explosives.

The Beirut port explosion killed more than two hundred people and injured thousands, and caused damage to property valued at about $ 15 billion.

In a report prepared by journalist Anchal Vohra, the magazine stated that attention is now directed towards whether Fadi Sawan - a former military judge tasked with investigating the Beirut Port disaster - can benefit from these new facts in holding accountable the perpetrators, whether foreign or Lebanese.

However, the governmental elites in Lebanon are also launching an intense attack to undermine its reputation and performance.

Last August, Foreign Policy reported that the Rustavi Azot chemical plant in Georgia, which supplied the explosives, had been paid for supplying 2,750 tons of ammonium nitrate.

According to the magazine's report, Fábrica de Explosivos Moçambique, which allegedly shipped the explosives, has never claimed to have done so.

A copy of a document obtained by Foreign Policy shows that the Rustavi Azot factory was the seller, but that Fabrica de Explosivos Mozambique was not the direct buyer, but another company registered in London named Savaru.

The sales contract states that the date of purchase of the shipment was 10 July 2013, when the Syrian civil war was at its height.

It should be noted that the ship MV Rhosus, which transported the cargo, docked in Lebanon in November of that year, and was subsequently seized under the pretext that it was not seaworthy.

The British Companies Registrar revealed that the addresses of the Safaru company were the same as those of companies owned or managed by the Syrian businessman George Haswani, the brothers Mudalal and Imad Khoury, and all three of them had Syrian and Russian nationalities.

The man who is believed to be the owner of the ship is also a Russian businessman called Igor Grechushkin, who lives in Cyprus.

Hasswani holds a PhD in 1979 from the former Soviet Union, and he is an experienced mediator between Russia and the Syrian regime.

He is widely known as "the man of Moscow" in Damascus, and has a record of striking deals with "jihadist" organizations and Shabiha militias, which are supported by the regime.

Haswani is known to have brokered a deal in 2014 for the release of a group of nuns who were being held hostage by Jabhat al-Nusra - a faction of Al Qaeda before it merged into a military component under the name of Ahrar al-Sham.

And in 2015, the United States imposed sanctions on Haswani for buying oil for the regime from fields in Syria that were controlled by ISIS at the time.

Imad Khoury ran IK Petroleum Industrial Co before his resignation from it in 2016. Although the Khoury brothers are less well-known in Syria than Haswani, they have been punished for a crime involving a hint of their involvement in events that led to Beirut explosion, according to the American magazine report.

According to the US Treasury Department, Mudalal Khoury tried to buy ammonium nitrate for the Assad regime in late 2013, and then Imad was punished for helping his brother in his commercial activities.

The magazine goes on in its report to say that Firas Hatoum has been seriously investigating the source and destination of the shipment of ammonium nitrate that exploded in Beirut.

He initially revealed the relationship with Syrian companies, saying that his suspicions arose when he concluded that Safaru might be a shell company.

There is no "conclusive evidence" so far of the existence of a Syrian-Russian relationship indicating that the shipment of ammonium nitrate was destined for the Syrian regime or that Lebanon colluded with Damascus. However, Foreign Policy claims that the indications of the existence of such links are so numerous that they are not Any "honest" investigation can be ignored.

The magazine concludes its report by saying that the problem is that Lebanese officials have sought to thwart the ongoing investigation.