Must everyone be able to see each other at the same time in a digital council meeting? That question will now be decided by the administrative court in Luleå after an audience has appealed a digital meeting. What the court decides will determine the future of long-distance political meetings. 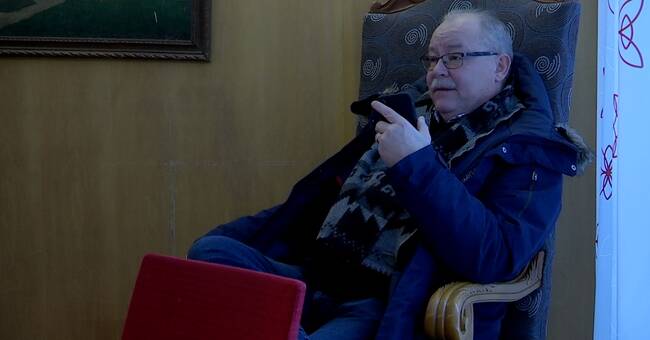 - One did not even have a camera, and then I reacted, says Lars Forsberg, deputy for the Moderates in Luleå.

He is the one who raised the question of what is actually allowed at digital meetings in municipal and regional councils.

When Luleå was to elect a new municipal council in December, Lennart Forsberg was present as an audience, and then reacted strongly to the fact that the members who were at a distance could only see the speaker.

- It is a democratic issue.

Everyone has their full right to be seen and heard, he says.

Must everyone be able to see each other?

The law states that digital council meetings are permitted as long as audio and video transmission can take place in real time, so that all participants can see and hear each other and participate on equal terms.

The question that the administrative court must now decide on is whether everyone must be able to see each other all the time - a question that has so far not been tried legally.

- I think that legal certainty is met.

Everyone sees the speaker at the meeting.

That you can not always see everyone sitting and listening, you do not do that at a physical meeting, says Inger Fältros Lundgren, municipal lawyer in Luleå.

May be the end of digital council

meetings Pending the final ruling, the administrative court in Luleå has decided that the decisions made at the council meeting should be revoked, which according to Olle Lundin, professor of administrative law at Uppsala University, points out that in the end the whole will also be explained. meeting illegally.

But to get a definitive answer to what applies, the question needs to be taken all the way to the Supreme Administrative Court.

Should it also be decided there that everyone must be able to see each other during digital meetings, it will be prejudicial, ie something that all councilors need to comply with.

In that case, it risks becoming a requirement that many councilors will find difficult to meet.

Olle Lundin himself was involved in writing the law on digital meetings, long before the pandemic broke out.

He thinks it's a shame if the law is interpreted in a way that puts sticks in the wheel for the digital meetings.

- Now you read the municipal law as hell reads the bible, in a very legally square way.

It would be very unfortunate if we would risk the lives of a lot of local politicians because some lawyers have thought wrong, he says.

On Monday 25 January, all decisions will be made in the Luleå City Council.