Man without a license runs over three pedestrians - two dead

Terrible accident on the outskirts of Neumünster: A young man comes off the road with his car. Two pedestrians die. The 24-year-old shouldn't have driven at all. 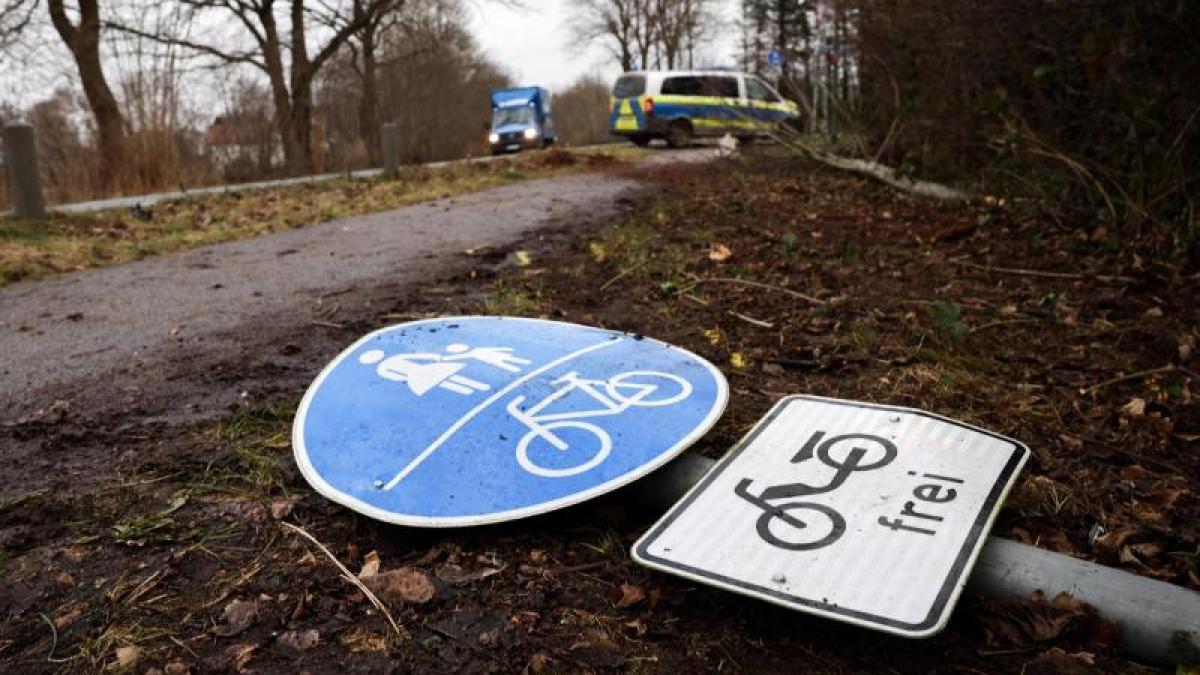 Neumünster (AP) - A 24-year-old went off the road in his car in Neumünster in Schleswig-Holstein and caused an accident with two dead and one seriously injured.

Late on Wednesday evening, the man slipped his car in a slight right turn on the wet road, tore down a tree, a traffic sign and several concrete bollards and hit three pedestrians.

A 34-year-old man and his 30-year-old partner died, a police spokesman said on Thursday.

A 27-year-old woman came to a hospital in Neumünster with life-threatening injuries.

According to the police, the 24-year-old does not have a driver's license.

According to initial investigations, he was traveling too fast.

Whether the young man was also under the influence of alcohol or drugs will be investigated.

He came to the hospital in shock.