"The end of Zidane in Madrid" ... the Spanish press attacks him and decides his successor after facing Alaves

Real Madrid coach Zinedine Zidane faces his third crisis in his second term with the team, and in an atmosphere threatening to dismiss him, his players must fight again to save him with a victory that reassures the club management with the hospitality of Alaves in the League. 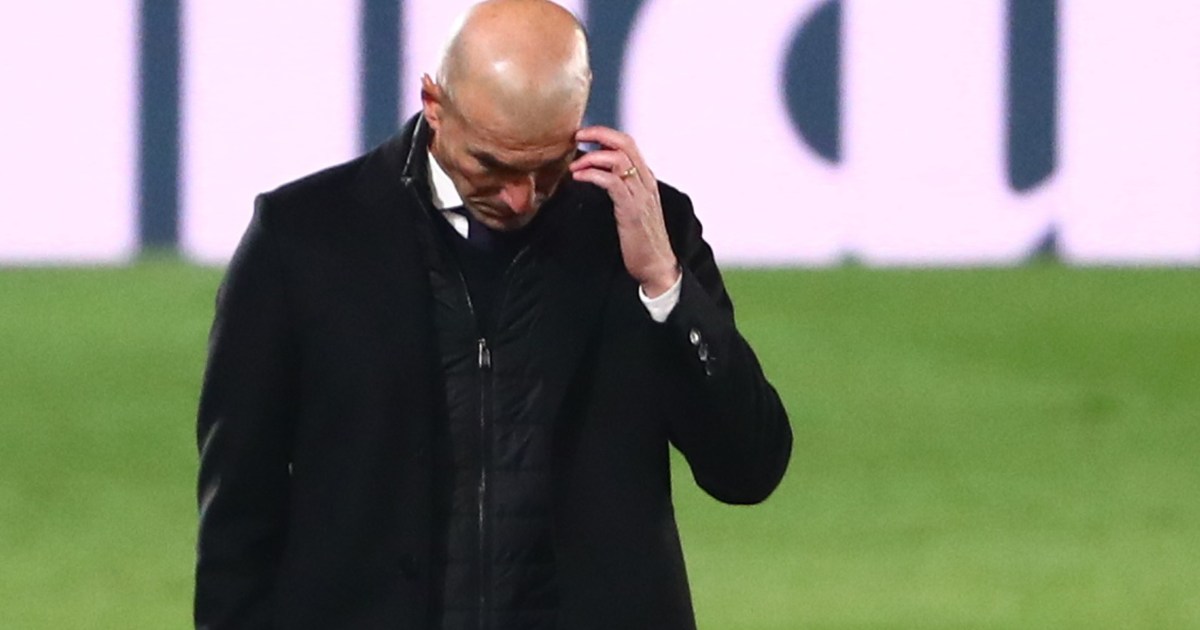 Real Madrid coach Zinedine Zidane is facing his third crisis in his second term with the team, and in a fraught atmosphere that threatens his dismissal, his players must fight again to save him with a victory that reassures the club management at Alaves next Saturday in the Spanish Football League.

Real suffered a shocking defeat by losing 1-2 to the submerged Alkoyano of the third division, to deposit the King's Cup on Wednesday, days after losing 2-1 to Athletic Bilbao in the local Super Cup, so that the league title holder had one victory in the last 5 games in all competitions. .

Zidane - who is well aware of the power of pressure at Real Madrid - tried to downplay the importance of the loss to Alcoyano, insisting that it was not ashamed, and stressed that this happens in football.

But the Spanish press could not calmly deal with the result, and Marca newspaper wrote: "The end of Zidane in Madrid," and "no one can escape from this disaster," while the newspaper "AS" described what happened as a "scandal," and added that Zidane's picture was shaken.

While the Catalan newspaper "Sport" (SPORT) said that the disastrous performance and the shameful level that Real Madrid showed in front of Alcoyano and the loss of the second championship in less than a week made the club management think of his dismissal and the appointment of a new coach before the start of the Champions League final price round.

The newspaper said that Real Madrid president Florentino Perez will make his decision after the next Alaves match, and that if the team falters, former Real Madrid star Raul Gonzalez will be the closest alternative to succeeding the French coach, given his work in the club and his close knowledge of the levels of the players, especially the young ones.

The French coach was in a similar position two months ago after losing to Alaves and Shakhtar Donetsk, and the players then responded perfectly by winning 5 consecutive league matches.

Zidane faced severe criticism in September 2019 after a heavy defeat to Paris Saint-Germain, but he recovered and led Real to the league title.

Real are second in the league and are 4 points behind leaders Atlético de Madrid, who have two postponed matches. They face Eibar today, Thursday, and then host Valencia next Sunday.

Barcelona plays with Elche, but will miss the captain and scorer Lionel Messi due to the suspension.