Deputy Minister of Defense of Russia Alexander Fomin in an interview with RT spoke about cooperation with the states of the Asia-Pacific region (APR). 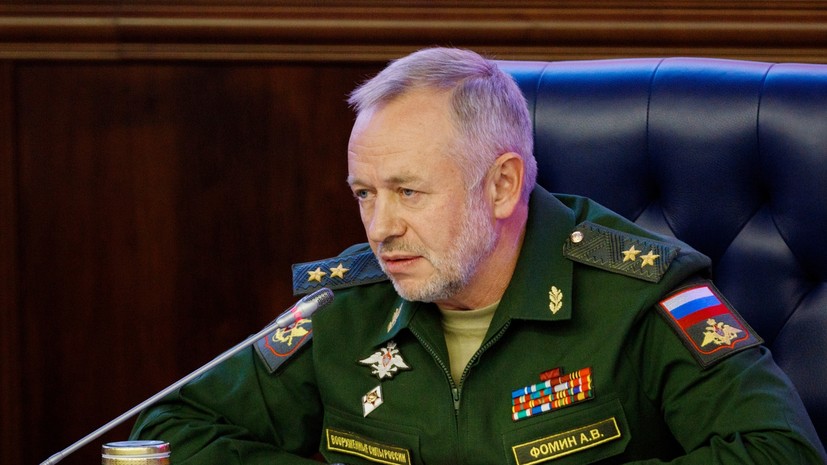 “Today we can say with confidence that the Asia-Pacific region is one of the centers of world development, the locomotive of the world economy.

At the same time, with all positive trends, the geopolitical ambitions of individual states and their rivalry for regional leadership have a destabilizing effect on the development of the situation in the APR.

These individual countries literally impose their own rules, their own order of arrangement of the region, create dividing lines, "Fomin said.

According to him, in contrast to this, the Association of Southeast Asian Nations (ASEAN) and the mechanism of interaction between defense departments of 18 countries created within its framework - the Meeting of ASEAN Ministers of Defense and Dialogue Partners (“ SMOA plus ").

In this mechanism, he said, all the countries of the ASEAN 10 and dialogue partners participate.

In addition to Russia, these are the USA, India, China, Australia, New Zealand, the Republic of Korea and Japan.

As the Deputy Minister emphasized, the Russian Ministry of Defense takes an active part in the work of the SMOA plus expert working groups.

According to him, now it is one of the few formats within which the dialogue with the US Department of Defense continues on various issues of the regional and global agenda.

Fomin said that Moscow is also focusing on bilateral cooperation.

He named China, India, Laos, Vietnam and Myanmar as key partners in Asia with whom the closest interaction in the field of military and military-technical cooperation is carried out.

In addition, quite high rates of interaction are maintained with Thailand, Indonesia, the Philippines, Cambodia, Singapore and many other countries in the region, he added.