Instead of the inauguration ceremony, I went home alone... An entourage pile

Then, let’s connect the region where expectations and tensions for the new United States are flowing together. Our correspondent is in Washington where the inauguration will be held. Correspondent Kim Jong-won, the soldiers are visible, and the roads seem to be controlled. Is your place far from the event? Yes, where I am out, we have access to as far as downtown Washington, DC, as our reporters can access. 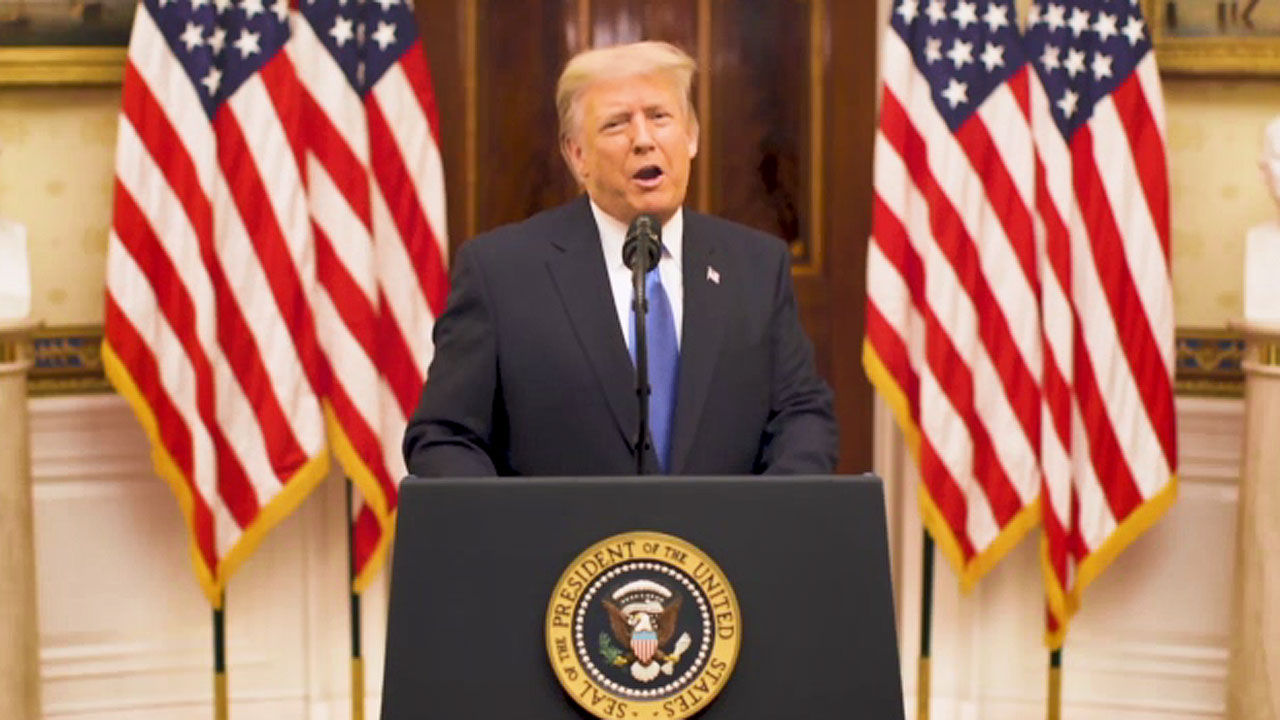 Then, let's connect the region where the anticipation and tension of the new US are flowing together.

Our correspondent is in Washington where the inauguration will be held.

Correspondent Kim Jong-won, the soldiers are visible, and the roads seem to be controlled. Is your place far from the event?

Yes, the place I am with is as close as possible to downtown Washington DC to which our reporters can access.

If you look at the back, it is said that it is a red zone, and there are barricades and soldiers are standing in a row and blocking the road.

But you said that President Trump left the White House first before the inauguration ceremony?

At 8:00 a.m. here, his term of office is about four hours left, he will be leaving for his last presidential flight to Florida.

Prior to that, we handed out invitations to our close associates for a self-farewell party.

However, Vice President Pence, who has decided to attend Biden's inauguration ceremony, will not be present.

Most of them were self-praise.

[Trump/US President: We will transfer power to the new administration at noon on Wednesday.

I hope the people will remember that the movement we started is now beginning.]

Yet, on the last day of his term, President Trump pardoned dozens of people, including his close associates.

On the last day of their departure from the White House, 73 people were pardoned.

However, the list of pardons is full of backstages, including former White House repair strategist Stephen Bannan, who was accused of using his aides and fundraising for the construction of the Mexican Wall in the United States, as well as supporters.

However, Trump himself and his family were excluded from the amnesty.

On the other hand, it was said that in the Republican Party, which is Trump's political party, President Trump was responsible for the congressional violence a while ago.

In a plenary speech yesterday by Republican Senate Representative McConnell, Trump incited Congress to take over.

I picked it up and talked about it.

In order for Trump's impeachment bill to pass through the Senate, Republican cooperation is needed, and the Republican leader's remarks are of course attracting attention.