Inauguration of Biden: And then Jennifer Lopez interrupts her song for an announcement in Spanish

The singer with roots in Puerto Rico performs in front of the audience on the Capitol. During a song she also calls out Spanish words to people. Joe Biden has been sworn in as the 46th President of the United States, as has Vice President Kamala Harris. All developments in the live ticker. 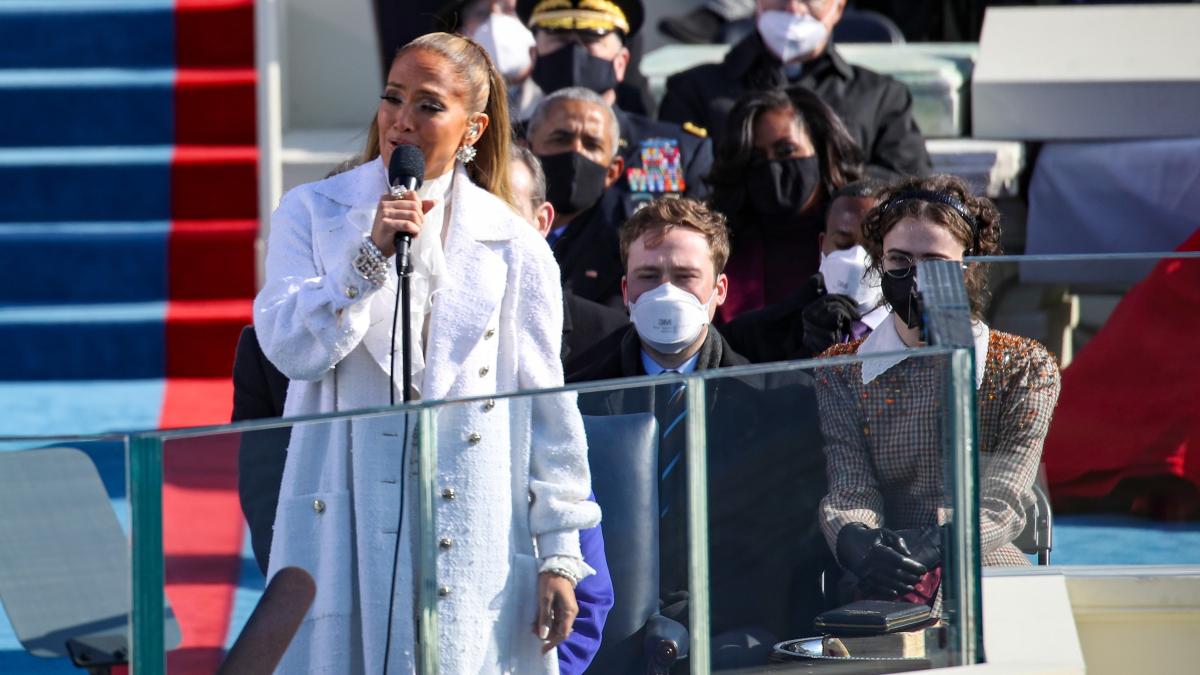 The singer Jennifer Lopez (51) appeared at the inauguration of the new US President Joe Biden.

In a white pants suit with ruffles, floor-length white coat and pearl jewelry, the US musician sang the songs "This Land Is Your Land" and "America the Beautiful" in front of the Capitol.

In between, Lopez, whose parents are from Puerto Rico, called out part of the US pledge of allegiance to the audience in Spanish: “A nation under God, with freedom and justice for everyone.” After her appearance, which lasted a few minutes, Lopez threw air kisses into the audience and exchanged a few words with the new Vice President Kamala Harris and others in attendance.

"This is the first inauguration in history in which J. Lo is the opening act for the Chief Justice," quipped US Senator Amy Klobuchar, who led through the ceremony.

Lo “Lopez was followed by the swearing-in of new President Biden by John Roberts, the Chief Justice of the US Surpreme Court.

Previously, the singer Lady Gaga (34) sang the national anthem of the United States at the event - in an oversized red skirt, black gloves, gold microphone, a braided hairstyle and a golden dove of peace with a branch in its beak on her long-sleeved black top.

Inauguration of Joe Biden - All developments in the live ticker