WEF: Despite the pandemic, climate change remains the greatest risk

The pandemic also prevents the traditional annual meeting of the World Economic Forum in Davos. But despite all concerns about the economic, social and political consequences - the WEF sees worse dangers than Corona. 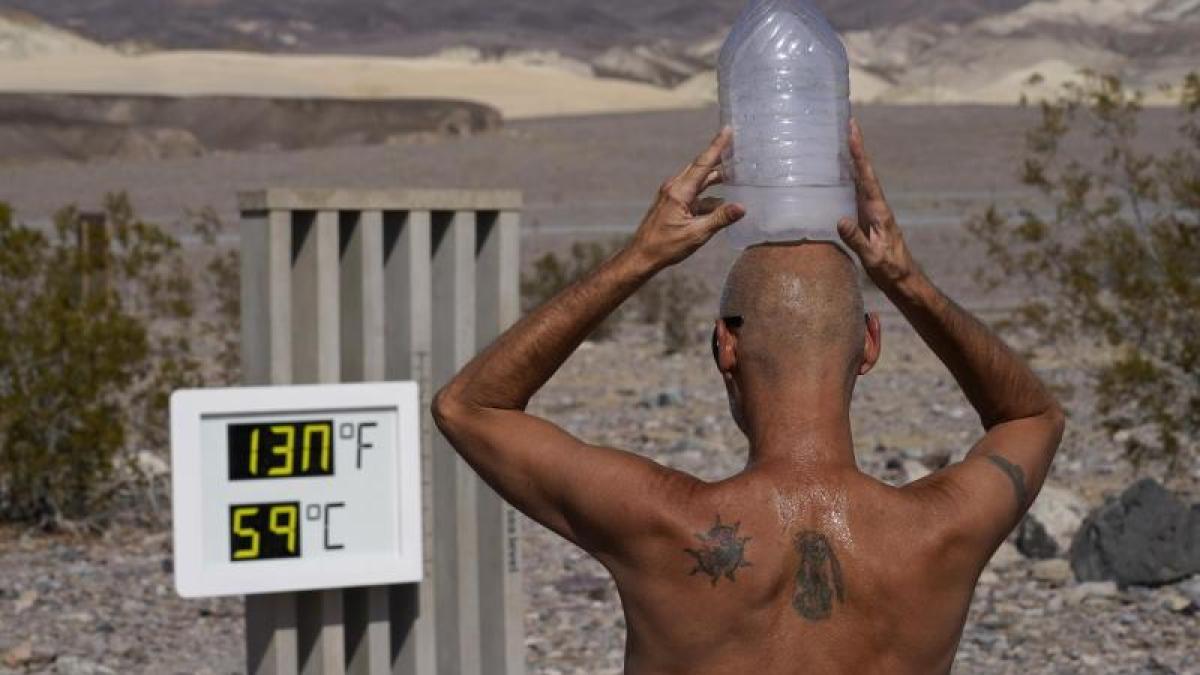 It looks as if the World Economic Forum (WEF) wants to revive the old campaign slogan of former US President Bill Clinton about the primacy of the economy in a modified form.

Because the WEF's answer to all dangers and thus also to the corona pandemic is: more climate protection.

This is covered by the world risk report presented by the WEF.

According to this, extreme weather events, failures in the fight against climate change and man-made environmental damage continue to be the greatest dangers.

The Swede is expected to take part in the “Davos Agenda” online conference next week, which will take place in the Swiss Alpine town of Davos instead of the annual meeting.

Thunberg will make a video and a podcast with the WEF's social media team for the event, the German press agency learned from the 18-year-olds.

However, the pandemic is leaving its mark on the report that the WEF is preparing together with the insurer Zurich, the risk advisor Marsh and the conglomerate SK Group.

For the first time in its history, the study examines which risks are seen as a threat to the world and when.

Accordingly - certainly under the influence of the Corona crisis - pandemics are the most short-term risks.

This coincides with the risk barometer of the insurance group Allianz.

In comparison to the previous year, pandemics have shot up from 17th to 2nd place, as the experts from the Munich-based industrial insurer AGCS determined in their annual survey of 2,769 experts for all kinds of corporate risks from 92 countries.

The survey has been published.

In first place are business interruptions and third in hacker attacks, which were considered the greatest risk for companies in the previous year.

Managing directors and board members, risk managers, brokers and insurance experts were interviewed.

The WEF and its partners emphasize that climate protection must be taken into account when rebuilding society and the economy after the pandemic.

"There is no vaccine against climate risks," said Peter Giger, head of risk at the Zurich insurance company.

Because social division and digital disadvantage would also have an impact on environmental protection.

"Inaction against economic inequalities and social divisions can further hamper action against climate change, which is still an existential threat to humanity."

That fits in with the WEF's motto: "Improving the state of the world."

Zahidi stressed that new economic and social systems had to be designed, “which improve our collective resilience”.

The corona pandemic cost millions of lives and widened the long-term health, economic and digital differences.

In the medium term there is a fear of economic and technological risks, in the long term - and therefore existential - there is great fear of weapons of mass destruction, the collapse of states and the loss of biological diversity.

The WEF is particularly concerned about social dangers.

If the gap between people with access to technology and digital literacy and those without widening, it will especially endanger the future of young people.

The world risk report serves as a basis for the debates during the “Davos Agenda”.

From January 25th, representatives from politics, business and society will discuss current issues.

Speeches by leading heads of state and government, such as Chancellor Angela Merkel, are also planned.

A physical meeting is planned for late May in Singapore.

The discussions of the online format should be incorporated there - certainly also climate change.

At Allianz, you are certain that the pandemic will not permanently push climate protection out of the headlines.

On the contrary: "With the implementation of the vaccination programs, the pandemic will become more manageable, and climate change will be a priority on the management agenda again in 2021," said Michael Bruch, global head for sustainability issues at AGCS.