The problem of dog smuggling debated in the Riksdag

Interest in buying a dog has increased during the pandemic, and customs are finding more and more smuggled puppies. This was reported by SVT Nyheter Skåne in December. And on Tuesday, the issue was raised in the Riksdag. 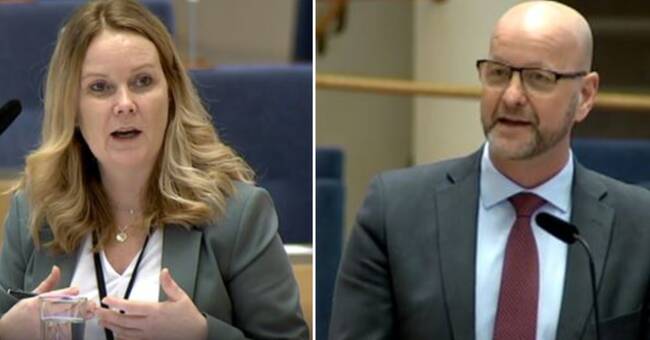 In an interpellation debate, member Magnus Oscarsson, KD, from Ödeshög, asked questions to Minister of Agriculture Jennie Nilsson (S) about what the government intends to do to stop the smuggling.

- The pandemic means that more people get a dog.

Because the waiting time for a puppy can be up to a year, the import of illegal dogs has increased enormously, Oscarsson said.

He stated that the puppies often grew up in poor conditions in "puppy factories", separated from their mothers early on and had been on terrible journeys before coming to Sweden.

- The smuggling takes place with small risks and the penalties are too low.

And foreign smugglers are often sent back to their home country instead of being prosecuted in Sweden, said Magnus Oscarsson, who demanded a tightening.

The Minister of Agriculture agreed that dog smuggling is a major problem, but considered that the penalties are already relatively high today.

- I want to make it clear that it is illegal to smuggle dogs and buy criminally.

Demand is high, and false identities are often used.

She said that the government had taken the initiative for a collaboration forum between relevant authorities, such as the Swedish Board of Agriculture, customs and others.

- The most effective weapon against dog smuggling is that people have good knowledge of animal welfare and the methods used to deceive consumers.

And that they refrain from buying puppies that have not grown up in good conditions.

Sweden is pursuing the smuggling issue in the EU, said Jennie Nilsson.

Magnus Oscarsson says that he became involved in the issue after taking part in SVT Nyheter Skåne's reporting.

But he was disappointed with the answer he received from the minister.

- It is important to have a legal process so that the smugglers are prosecuted.

I intend to raise the issue of increased penalties with the Minister of Justice, he says.

In December, SVT Nyheter Skåne reported on dog smuggling in a series of reports:

Many of the puppies found in Customs are in poor condition.