Guterres: There has been tangible progress in Libya and foreign forces and mercenaries must leave by Saturday

The Secretary-General of the United Nations, António Guterres, welcomed the “tangible progress” that has been made in recent months in the ongoing dialogue between the two parties to the conflict in Libya, stressing the need for the exit of foreign forces and mercenaries. 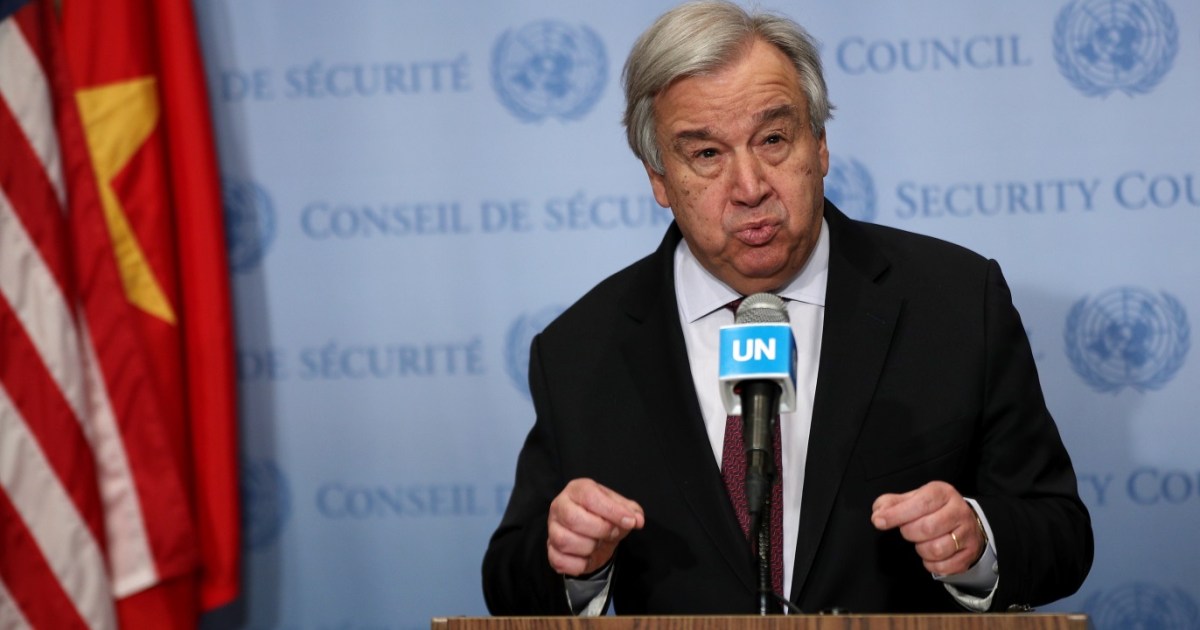 The Secretary-General of the United Nations, António Guterres, welcomed the "tangible progress" that had been made in recent months in the ongoing dialogue between the two parties to the conflict in Libya, stressing the need for the departure of foreign forces and mercenaries from this country by next Saturday.

In a report submitted to the Security Council on Monday, Guterres said that "tangible progress has been made in strengthening political, security and economic dialogues between Libyans that have been facilitated by the United Nations Support Mission in Libya over the past few months."

He added, "The continued international involvement in the Libyan-Libyan dialogues facilitated by the United Nations Support Mission in Libya has generated great momentum to push Libya forward on the path of peace, stability and development."

While acknowledging that "the Libyan economy is on the brink of an abyss," he urged "the Libyan parties to maintain their determination to find a permanent political solution to the conflict, solve economic problems and improve the humanitarian situation in the interest of the entire Libyan people."

Guterres also called on “all international and regional parties to respect the terms of the ceasefire agreement” that was concluded by the two parties to the conflict on October 23, which provides for the withdrawal of all foreign forces and mercenaries from this country before January 23.

In his report, Guterres stressed that "the immediate implementation of the ceasefire agreement includes ensuring that all foreign fighters and mercenaries leave Libya and full and unconditional compliance with the arms embargo imposed by the UN Security Council" on this country since 2011.

Two powers are contesting power in the country: the Government of National Accord, which is based in Tripoli and is recognized by the United Nations, and an authority in the east supported by the Tobruk Parliament and represented by the forces of retired Major General Khalifa Haftar.

The UN Security Council is scheduled to hold a meeting on Libya on January 28.

Britain is preparing a draft resolution that expands the tasks of the UN mission in Libya to include overseeing the ceasefire and monitoring the withdrawal of foreign forces and mercenaries from this country.

It is noteworthy that Guterres appointed the Slovak diplomat Jan Kubis as the new envoy of the international organization to Libya.

He is scheduled to officially take office in February.