Transport routes: Tschentscher is sticking to the expansion of the port infrastructure

Despite low growth forecasts, Hamburg's First Mayor is not making any compromises in the planning. The Chamber of Commerce wants to revitalize the debate on port development. 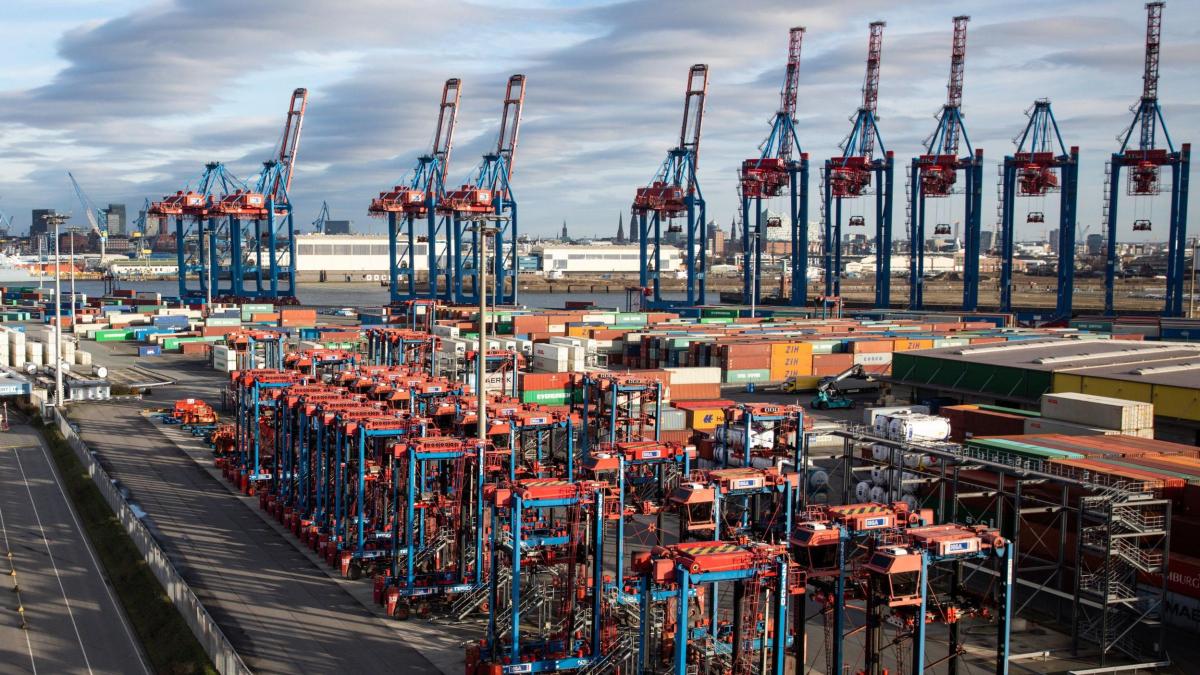 Despite significantly weaker growth forecasts, Mayor Peter Tschentscher is sticking to the expansion plans for the infrastructure in the Port of Hamburg.

"We will renew the port development plan - not with the aim of dismantling the port, but to modernize and strengthen it," said the SPD politician of the German press agency.

"We are currently working on a renewal of the Köhlbrand crossing and also need to close the gap on the A26 East, which will better connect the port and relieve many other streets and districts of through traffic."

According to a study presented at the beginning of December, however, the port will grow significantly less than previously expected in the next few years.

The annual throughput in 15 years will probably only be 13.1 million 20-foot standard containers (TEU).

So far, around 20 million containers had been assumed by the mid-20s alone.

Nature conservationists in particular had therefore called for the infrastructure projects to be put to the test.

In 2019, container throughput in Hamburg was 9.3 million TEU.

For the past year, due to the economic consequences of the pandemic, it is likely to fall to well below nine million TEU.

Since the global financial market crisis in 2009, total and container throughput in Germany's largest seaport had largely stagnated.

With the spread of the corona virus, cruise tourism, which has meanwhile become important for Hamburg, had largely collapsed.

How quickly the industry will recover after the pandemic is unclear.

From the mayor's point of view, this will not change the role of the port for the Hanseatic city in the long term.

The port and maritime logistics are "extremely important for the Hamburg economy as a whole," stressed Tschentscher.

“At the same time, Hamburg, like the other northern German seaports, is still in a serious competitive situation with Rotterdam and Antwerp.” Therefore, competitiveness must be further improved.

Everything that makes the port modern and climate-friendly "also makes it competitive and sustainable," said Tschentscher.

"We are confident that the port and maritime logistics will continue to make an important contribution to a modern and economically strong Hamburg location."

The Hamburg Chamber of Commerce wants to present a 30-page strategy paper on Tuesday to revitalize the debate about port development.

Impulses from this should also flow into the next port development plan.

Economic Senator Michael Westhagemann (independent) has announced that it will be developed this year.

Around the turn of the year, the environmental associations Nabu and BUND had confirmed that they were strengthening their resistance to the construction of the A26 East on the southern edge of the port and to a crossing of the A20 coastal motorway between Glückstadt and Wischhafen.

Both projects are important to improve the flow of traffic at the port and more widely around Hamburg.