The union after the operation in Kalix: "Not difficult to order drugs or release attempts"

On Friday, an exemption attempt occurred at a youth institution in Kalix. Seko Si's union chairman Frida Strandberg-Landin is concerned about the incident and wants to see action. 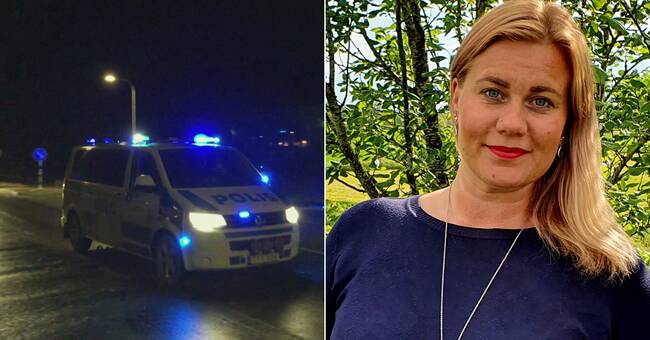 On Friday afternoon, the police suspected an attempted release from the Johannisberg youth institution in Kalix.

A large police raid began when people with weapon-like objects were seen outside the institution.

This is the second time that an exemption attempt has been made after an incident last year, according to Norr Media.

The suspected release attempts may have a common denominator in the form of electronic equipment such as mobile phones and computers.

The National Board of Institutional Care (SIS) runs the youth institutions and their union chairman is Frida Strandberg-Landin.

But they should have it to the extent that is good for them.

We often see that this is a blow to healthcare.

Then we have the authority to limit, she says.

No control over contacts

Frida Strandberg-Landin mentions that the young people at the institution have a lot of contacts outside without those who work having any transparency.

- You do not know at all what contact routes they have or contact networks on the outside.

Then it is also not difficult to order drugs or exemption attempts.

Tomas Fjellvind, who is head of department at Johannisberg, says that there are restrictions on how they can act.

- We can make decisions to limit certain things such as mobile phones and the like.

But there must be a well-founded suspicion that the electronic equipment is being used for something illegal.

We adhere to the existing legal regulations and make decisions on good grounds, he says.

Listen to union president Frida Strandberg-Landin in the clip above.