France's restaurants are closed due to the Corona crisis. The Michelin Guide is sticking to the award of its coveted stars. The top grade goes to a man who takes his kitchen out on the street. 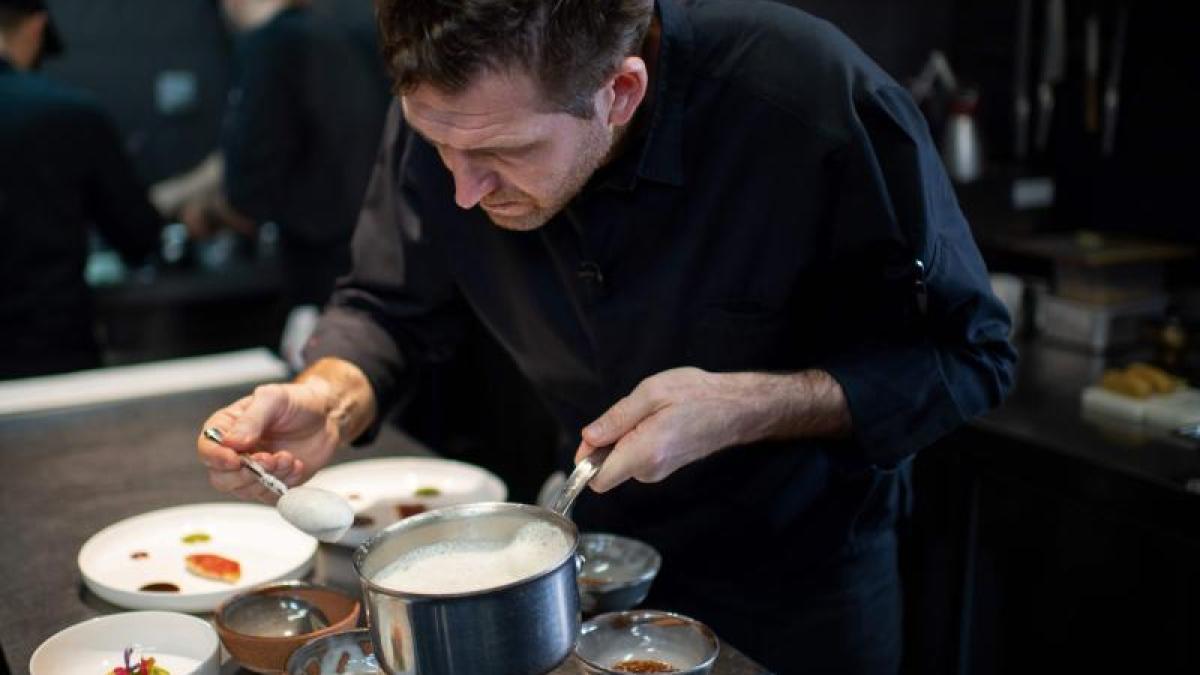 Paris (dpa) - The gastronomy guide Guide Michelin has awarded a new top restaurant in France with a third star in the middle of the Corona crisis.

"AM" by the unconventional top chef Alexandre Mazzia from Marseille received the top grade in the Gourmet Bible, as its boss Gwendal Poullennec announced on Monday on the Paris Eiffel Tower.

Mazzia only received two stars two years ago for its restaurant with creative cuisine in the chic south of the port city.

Since cafes and restaurants in France had to close for months last year due to the corona, Mazzia literally took to the streets with a converted delivery van (“food truck”).

With Mazzia's rise, the number of fine restaurants with three stars in France and Monaco increases to 30. Michelin did not downgrade in the top league.

A total of 638 restaurants have one, two or three stars.

France's top gastronomy is in a difficult position in the face of an unprecedented crisis, Poullennec made clear.

"The chefs in France stand upright," said the chef from the Michelin Guide.

Bars, cafes and restaurants will be closed at least until the middle of next month because the country is badly affected by the corona pandemic.

Some restaurants offer a delivery or pick-up service.

The star award on the Eiffel Tower took place without an audience and was broadcast on the Internet.

The Parisian “Marsan” by Hélène Darroze and the “La Mérise” by Cédric Deckert in Laubach, Alsace, received two stars for the first time.

In the exclusive club of the three-star gourmet temple there is only Anne-Sophie Pic from Valence in the south of France.

Mauro Colagreco from “Mirazur” in Menton on the Côte d'Azur set up a delicatessen stand in a market hall in Monaco with an entrepreneur.

“We have to adapt, look for solutions,” the three-star chef from Argentina told the newspaper “Le Figaro” and added: “This helps to keep the team going, the manufacturers to deal with the customers To stay in contact and not to lose hope. "

The online awarding of the stars was emotional - tears flowed from the excellent cooks.

It was only last year that the 120-year-old gastronomy guide of the “Auberge du Pont de Collonges” of the chef Paul Bocuse, who died in 2018, withdrew its third star and thus caused quite a stir.

The traditional house near Lyon has only had two stars since then.

"Michelin stars are not inherited, you have to earn them," is Poullennec's oft-repeated credo.