The Chinese encountered the "car lock trap", called the police 5 times, waited 5 hours, and the result...   A few days ago, Chris, a Chinese who lives in Christchurch, New Zealand, encountered a "car-locking trap" while shopping. The car parked in a shopping mall parking lot was locked for no reason.   There was a warning on the windshield, claiming that her vehicle was illegally parked, and ask 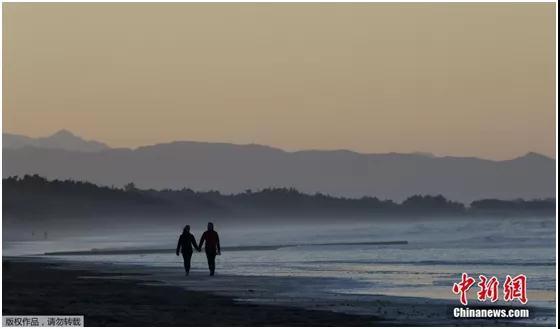 The Chinese encountered the "car lock trap", called the police 5 times, waited 5 hours, and the result...

A few days ago, Chris, a Chinese who lives in Christchurch, New Zealand, encountered a "car-locking trap" while shopping. The car parked in a shopping mall parking lot was locked for no reason.

There was a warning on the windshield, claiming that her vehicle was illegally parked, and asking her to pay a clearance fee of 100 New Zealand dollars.

The locker refused to produce the relevant documents proving the ownership of the parking space and frequently threatened her.

Chris has called the police at least 5 times in total, but the police have always stated that they are not strong enough to come over immediately.

Such encounters are heartbreaking.

In fact, it is not uncommon for overseas Chinese to experience injustice.

Overseas Chinese who work hard in a foreign country not only have to face problems such as language barriers, lack of understanding of local laws and regulations, and lack of social relations, but also often encounter various unexpected difficulties.

Today, Xiaoqiao will come to talk to you about how to reasonably and legally protect his rights and property safety in the following scenarios.

The story of Ms. Lu, a Chinese in New Zealand, can provide a reference for everyone when encountering such a scene.

A few days ago, Ms. Lu found that her parcel sent to Shanghai, China via New Zealand Post was missing, contacting the post office to no avail, and the 115 New Zealand dollar courier fee could not be refunded.

She said that in four months, she contacted the post office nearly ten times, and used translation software to write a complaint letter to the post office leader. The matter was not resolved and she could only contact the media for help.

The problem was resolved in just two or three days: the post office returned the package and postage, and apologized for the lack of service.

Xiaoqiao here reminds you that there is a possibility of loss and damage when sending parcels by express delivery. Please pay attention to keep the courier slips and receipts; once the parcels are lost, you should contact the post office, local citizen consulting agencies, customs, media, etc. as soon as possible .

What should I do if I encounter a "Laolai" tenant?

Data map: The streets of New York, USA under the epidemic.

There are also some Chinese landlords who encounter "rent hegemony", not only failing to pay the rent, but also retaliating against the landlord.

Ms. Liu, a Chinese-American landlord in Queens, New York, has not received the rent for more than half a year, and the tenant also asked her to pay a moving fee of US$10,000;

The tenant of Mr. Zheng, a Chinese in Los Angeles, has not paid his rent since 2019, and retaliated after Mr. Zheng repeatedly tried to evict him. Mr. Zheng could only live with relatives;

After renting out the house, Ms. Lu, the Chinese landlord of Southern California, not only did not receive the rent in time, but her personal belongings were also stolen;

Hundreds of Chinese landlords in Lower Manhattan, New York, could not bear the long-term rent dependence of their tenants. They gathered in front of the government in the rain to protest the state government's repeated extension of the forced eviction order...

In response to these situations, Southern California lawyer Mr. Li said that landlords can use small claims courts to turn the arrears of rent into legal rulings, which will serve as a warning to tenants.

In addition, the landlord can also "check the identity" before the tenant moves in, understand the occupation, identity, and living habits of the other party, and determine the appropriate contract before signing.

The rental house and the tenant sign a formal and legal lease contract, and each party keeps a copy.

If there is a dispute afterwards, it can be submitted as valid evidence.

The quality of infrastructure construction around the living environment is also an important factor affecting the lives of overseas Chinese.

As the external network equipment has not been updated for a long time, the Chinatown community in Boston often suffers from network instability or even disconnection, which has severely affected the work of more than 200 local residents and their children receiving online education.

According to Ms. Huang, an employee of the Chinatown Senior Service Center, during the epidemic, the senior service center has been closed since March 2020 and reopened in August.

After the reopening, the TV signal was often interrupted, which affected the elderly to watch TV programs.

Mr. Ma, a resident of Chinatown, also said that the Internet used in his home has been disconnected several times a week since the epidemic, directly affecting the children's academic performance.

Mr. Ma once called the Internet company to complain, but found that the other party did not provide Chinese language services, nor could he give a reasonable explanation to the majority of users in the community about the reason for the disconnection.

Fei Lian said that he had negotiated with the Internet company and made it clear that residents of Chinatown communities have the right to enjoy more stable and high-quality Internet services.

Like these active rights defenders, Chris decided to be tough in the face of injustice.

While asking for help from local Chinese through WeChat groups to learn about relevant policies and regulations, she waited in the car for the arrival of the police.

Five hours later, the police arrived and asked the other party to unlock the car.

After this incident, Chris felt that he was no longer afraid of the lock-up company.

She also reminded overseas Chinese who have encountered similar problems: "Be sure to look carefully when parking. If the parking space is private, do not stop. If the car is locked, do not leave your car. If a wheel is locked, be careful and Prevent the opponent from locking other tires."

After understanding the stories of these overseas Chinese, I believe you will also have more confidence in saying "just" for yourself when you encounter injustice.

Xiaoqiao here reminds you that when you encounter problems, you should actively understand relevant laws and regulations, solve the problems flexibly through various channels, and actively protect your legitimate rights and interests.