Rescue of the Neuwied Zoo: zoos are fighting for survival

Corona also forces the closure of zoos. Hundreds of citizens have saved the largest zoo in the country with donations for the time being. The head of government has also campaigned for him. How are the other zoos? Camels and bison devour a lot of food every day. 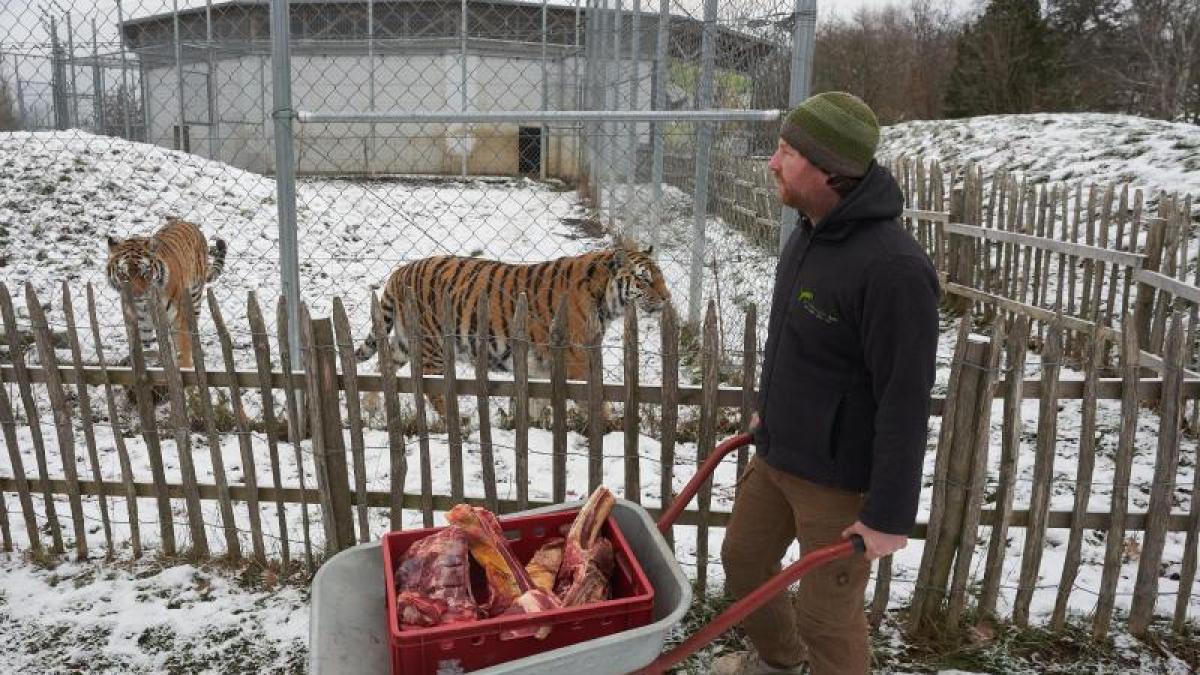 Neuwied / Landau (dpa / lrs) - Remo Müller drives a wheelbarrow full of meat to his tigers: At the corona-related zoo in Rhineland-Palatinate, high fixed costs continue to run - even after the spectacular rescue of the nation's largest zoo in Neuwied, numerous facilities fear for theirs Existence.

"If we can't finally reopen at Easter, it will be dark for us," says Müller, owner of the Bell Animal Adventure Park in the Hunsrück with 150 animals on 100,000 square meters.

Other zoos in the country make a similar statement: Under no circumstances should the 2021 season be endangered.

The director of the Rheinböllen zoo in the Hunsrück, Kristof Fröhlich, says that the 300 animals in his facility have to be regularly fed even during the renewed closure since the beginning of November.

As early as spring 2020, the zoos in the country were closed for weeks due to the corona epidemic.

Fröhlich adds that he cannot and does not want to fire his good dozen permanent employees - suitable specialist staff is difficult to find.

The Neuwied Zoo has even higher regular expenses with its 1,800 animals.

Prime Minister Malu Dreyer (SPD) was already planning a round table - but then quick donations totaling more than 250,000 euros saved the private zoo in the headlines.

Dreyer announced additional state and federal funds totaling a good 150,000 euros for this zoo with 80 employees in the north of Rhineland-Palatinate.

Other zoo operators see its rescue with mixed feelings.

But more help for all zoos in the country would be important.

«A round table for all zoos would be good.

We're all planning an open letter on our situation now. "

According to the Ministry of the Environment in Mainz, various financial aid from the state and federal government can flow.

The focus here is primarily on the feed aid recently extended to the end of June 2021.

So far, according to the ministry, “13 permits have been issued to eight institutions and a total of 130 190 euros have been paid out”.

Further applications totaling around 25,000 euros would soon be approved.

"We assume that further applications will be received in the near future," adds the Ministry of the Environment.

Zoo boss Fröhlich says, however, that he would only get feed aid if he would affirm an existence-threatening liquidity shortage.

Then it would be too late, then he would have had to fire employees beforehand.

Fröhlich assures you that savings have long been made in his zoo wherever possible, for example by deregistering vehicles.

The Reptilium in Landau, with 19 employees and around 1200 animals such as crocodiles and snakes, recently spoke of running costs of around 50,000 euros per month and non-payment.

From the requested November and December aid from the federal government, only a discount of 10,000 euros was initially paid.

Müller from the animal adventure park in Bell reports something similar.

After all, it's not just the Neuwied Zoo that receives donations - other zoos also benefit from the commitment of many alarmed animal lovers.

However, he has running costs of 30,000 euros every month.

Fortunately, an unusually large number of visitors flocked to his zoo last summer in view of the many international travel restrictions.

"But if next spring is rainy, then it really is the end of the day for us," warns Müller.

His colleague Fröhlich in Hunsrück, who also tried to fill his cash register with the sale of Christmas trees in December, is surprised that the zoos in neighboring Saarland are still allowed to be open.

In his 80 hectare Rheinböllen zoo, he says, there is so much space that, with a strict Corona hygiene concept, visitors outside should hardly be endangered: "In our deer enclosure, you can walk a kilometer along the fence."

At the turn of the year he went to Mainz-Gonsenheim: "There is a small wildlife park in the state capital that is not cordoned off - you can still walk around there."