CDU: outrage about Spahn appearance - punishment follows when a deputy is elected

Health Minister Jens Spahn uses the question and answer session to the three candidates at the CDU party conference to advertise himself and Armin Laschet. He receives the receipt for the election of the five deputies. 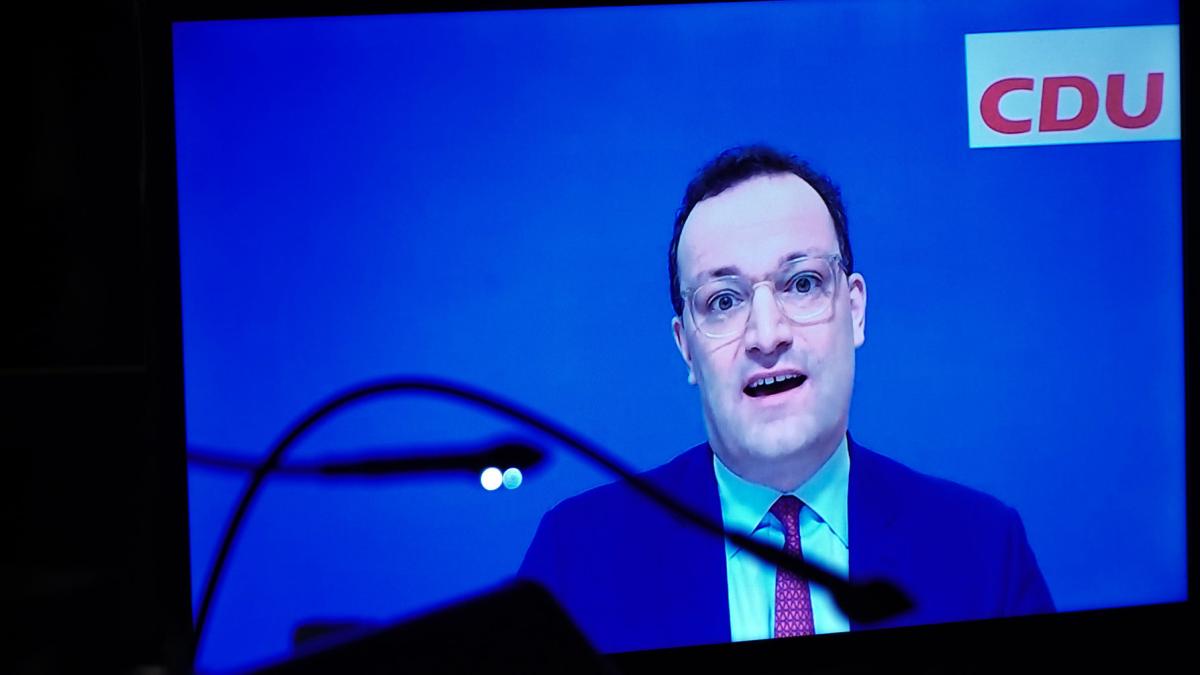 The surprise was a success.

As the third participant in the round of questions to the three candidates for the CDU party chairmanship, Jens Spahn suddenly spoke up.

Strictly speaking, actually second, because Mr Adams was the first to be heard and therefore had to be ignored.

But Spahn had no question either, and he wasn't connected live either.

A pre-recorded video of almost one and a half minutes was shown, which aroused many emotions.

Because the 40-year-old Minister of Health used the format with which questions from the grassroots should be made possible at this digital party congress for the election campaign for Armin Laschet.

"Dear friends, I would like to answer less than one question", began his statement.

Many have asked in the past few weeks why he and Laschet were on the team.

They are convinced that a closed CDU is needed in the election year, Laschet has shown that he can bring the country and the party together.

"He lives togetherness." He continued to lead a quarter of Germans in North Rhine-Westphalia energetically and prudently through the corona pandemic.

He takes on responsibility and sets the tone for Germany.

After 16 years of successful governance, the necessary continuity in governance is needed, but also new impulses.

“We don't always agree - but in the well-understood sense of diversity, which makes us strong.

But one thing always unites us: Armin and I want a common future for the CDU, we want a strong CDU for a strong Germany. " now the question: Armin Laschet - because of tomorrow. "

The other two applicants, Friedrich Merz and Norbert Röttgen, did not show any reaction, but were not likely to have been enthusiastic about this type of request to speak.

In the end, Laschet won - despite or because of Spahn's support?

- in the second ballot against Merz and becomes the new CDU chairman.

The receipt from the delegates for Spahn followed shortly afterwards when the deputies were elected: With 589 votes from 1001 delegates entitled to vote, he received by far the worst result of all five applicants.

The Hessian Prime Minister Volker Bouffier did best with 806 votes.

Agriculture Minister Julia Klöckner received 787 votes, Member of the Bundestag Silvia Breher 777 and Baden-Württemberg Minister of the Interior Thomas Strobl 670. The result of the digital vote still has to be confirmed in a postal vote, but this is considered a formality.

The other four were already deputies, Spahn is new to this group - he replaces Laschet, who was elected as the new party leader.

It is the first party leadership position in Spahn's career, which was defeated in December 2018 in the election for CDU chairman Annegret Kramp-Karrenbauer and Merz.