"He has an almost visceral intolerance to homosexuality," said the attorney general of the main accused 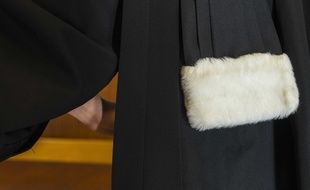 In a court (illustration) -

He had beaten up, kidnapped and robbed a homosexual leaving a nightclub in 2018 in Rouen.

A man was sentenced Wednesday to six years in prison at the end of a hearing before the court of Seine-Maritime.

The decision was accompanied by a ban on possession of a weapon for five years.

The attorney general had requested seven years in prison, two of which were suspended.

“He is a seasoned delinquent with a chaotic journey, made of violence, theft, extortion.

He has an almost visceral intolerance to homosexuality, ”he declared.

Four years in prison, including a suspended sentence, were also pronounced against a second defendant, who is also prohibited from holding a weapon for five years.

The Advocate General had requested four years in prison against him, two of which were suspended.

“He is a tidy boy, inserted in life.

He had a role in withdrawal, he is not the leader, but he had plenty of time to resist, ”the Advocate General stressed.

“The aggravating circumstance of homophobia must be retained against the two accused.

It was about extorting, sorry for the term, queers.

A clear and precise criminal project.

The facts occurred in October 2018 at the exit of a nightclub.

A 34-year-old man had filed a complaint against X after being beaten up, kidnapped, and having suffered numerous homophobic slurs in a car in which he had ridden of his own free will.

His attackers had also extorted 800 euros from him.

At the hearing, the second accused admitted having struck blows at the request of the main accused, of whom he was "afraid", and having uttered homophobic insults.

“My client reported threats against his family during the investigation to keep him quiet.

His record is blank, ”pleaded his lawyer, Me Etienne Noël.

"I was unleashed on him"

“In the car, the victim put his hand on my thigh at the crotch.

I do not know what happend to me.

I unleashed myself on him by hitting him, ”said the main attacker, adding that it was he who“ dealt the most blows ”.

The two men have ten days to appeal.

Paris: The attacker of an LGBT association official sentenced to five months in prison