North Korea paraded a ballistic missile that can be launched from a submarine during a military parade this Friday, January 15 in Pyongyang, a few days before the inauguration of the president ... 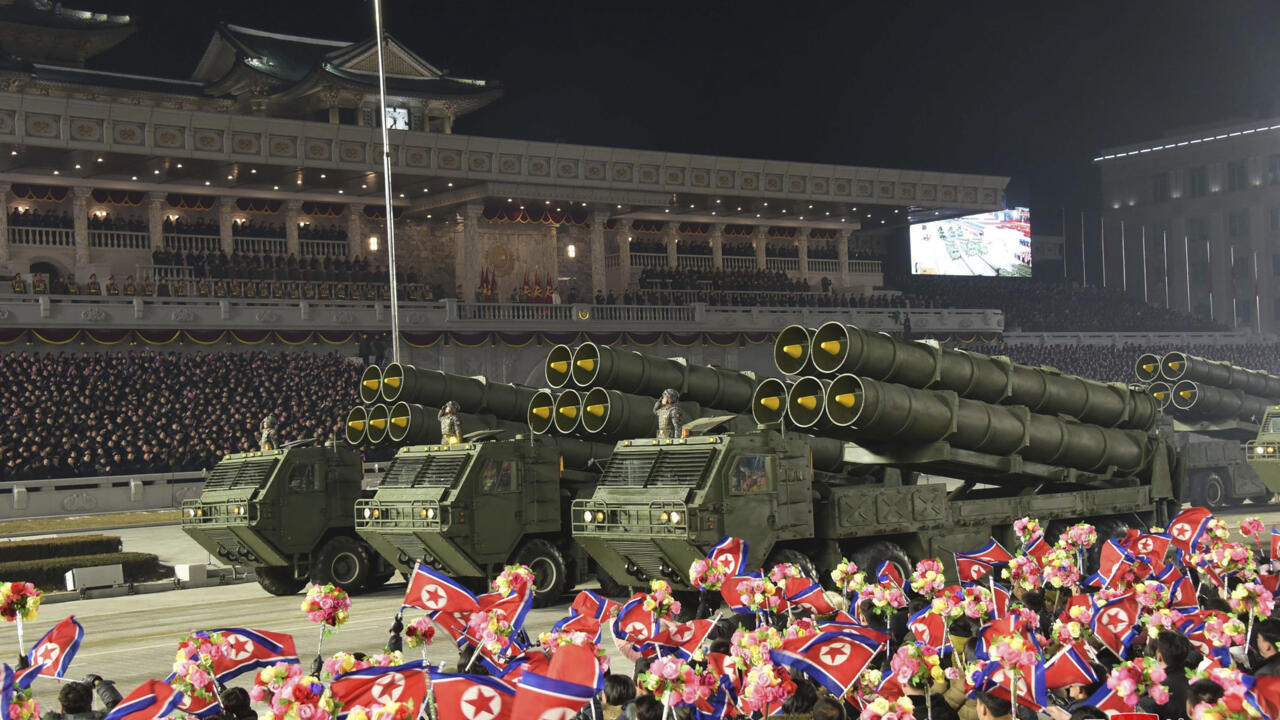 During a military parade marking the end of the ruling party's 8th Congress in Kim Il-sung Square in Pyongyang on January 15, 2021, the North Korean regime displayed ballistic missiles that can be launched from a submarine.

North Korea paraded a ballistic missile that can be launched from a submarine during a military parade this Friday, January 15 in Pyongyang, a few days before the inauguration of US President Joe Biden.

The parade punctuated the ruling Workers' Party congress, in which leader Kim Jong-un described the United States as "the main enemy" of his country.

On the menu, infantry troops, artillery, tanks and air parade with planes forming the number "8" to mark the 8th

Congress of the Workers' Party of Korea

The majestic elite units and invincible brass ranks of the Republic who will proudly cross Kim Il-sung Square represent our absolute power,

But the “highlight” of the show of force lies elsewhere.

The most powerful weapon in the world, ballistic missiles launched by a submarine, entered the square one after another, demonstrating the power of the revolutionary armed forces

For Park Won-gon, an expert at Handong Global University in South Korea, it is “

the ultimate nuclear weapon of the North

Such smaller-format missiles have already been shown and images of test launches have been shown, but it was not possible to determine whether they were launched from a submarine.

A functioning submarine-launchable ballistic missile (SLBM) would allow Pyongyang a shift in strategy, with the ability to launch a surprise attack near the United States or to perform a strike even without ground forces.

At the congress, Kim Jong-un said the North has completed plans for a nuclear submarine, but such a ship is unlikely to be operational for years.

The parade also presented rockets having "

This type of expression implies that the weapons have a range that extends beyond the Korean peninsula and could at least reach Japan.

However, KCNA's description makes no mention of an Intercontinental Ballistic Missile (ICBM), suggesting the parade was on a smaller scale than that of last October.

A new, very large intercontinental ballistic missile (ICBM) was then exposed, which, according to specialists, is the largest known road-movable liquid-fuel missile in the world.

Analysts say Pyongyang is using the ruling party's congress to send the next Democratic administration in Washington a strong message in an attempt to secure concessions.

Change of US presidency poses challenge for North Korea as Joe Biden, who called Kim Jong-un a "

" in presidential debates, is associated with the

The United States should return to a much more traditional approach to Pyongyang, including insisting that significant progress at the working group level will be needed before even considering another meeting of senior leaders. .

North Korea is subject to several rounds of international sanctions for its banned nuclear weapons and ballistic missile programs.

At the same time, it has imposed increased isolation on itself to guard against the Covid-19 epidemic, having closed its borders last January to

protect itself from the coronavirus

that first emerged in neighboring China, adding to the pressure on its moribund economy.

: What prospects for North Korea?