FFP2 masks are usually special masks for occupational safety. Now private individuals in Bavaria are also supposed to wear these masks. Some experts see this as problematic. The ministry finds the criticism excessive. 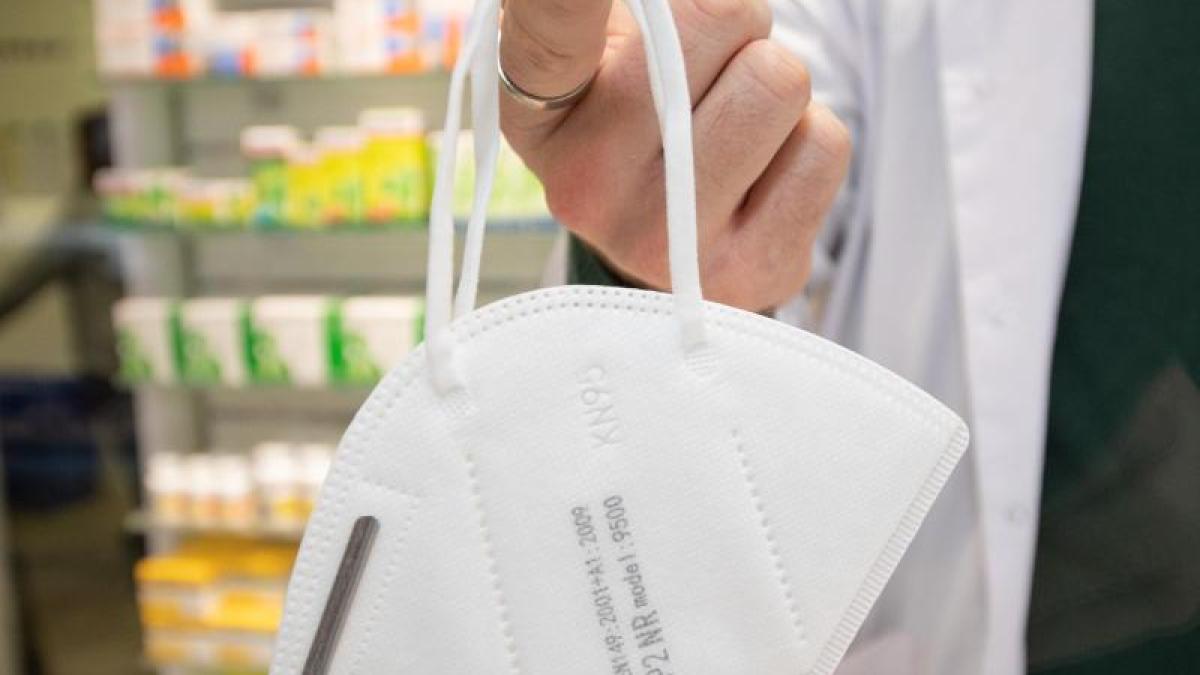 Munich (dpa / lby) - The Bavarian Ministry of Health has defended the planned obligation to wear FFP2 masks in shops and local transport in the Free State against criticism.

The ministry does not see the risk of special masks, seen by some experts, as being as serious as a statement on Friday shows.

Most recently, the medical professor Andreas Podbielski had sharply rejected the FFP2 obligation.

"That sounds like actionism to me," said the director of the Institute for Medical Microbiology, Virology and Hygiene at the University of Rostock of the Munich "Abendzeitung" (Friday).

In his opinion, FFP2 masks only belong in the medical professions.

These masks are stressful and bring "loads of risks" with them.

It is not for nothing that the Occupational Safety and Health Act stipulates that you should take a break after wearing it for two hours, he emphasized.

In contrast, Health Minister Klaus Holetschek (CSU) said that the criticism of Bavaria's approach was not factually comprehensible.

According to the ministry, the discussed disadvantages of the FFP2 masks are not that relevant.

"The wearing times are comparatively short during shopping in retail stores, a trip on public transport and when collecting goods," it said.

The limitation of wearing time known from the world of work and the increased breathing resistance through the mask therefore only played a subordinate role.

From Monday (January 18), it is mandatory to wear particle-filtering face masks on buses, trains and shops in the Free State.

The Robert Koch Institute (RKI) in Berlin had already expressed reluctance to the use of the special masks by private individuals and even pointed out possible damage to health.

The federal authority explains on an information page on the Internet that laypeople do not necessarily have better self-protection when using FFP2 masks than with the usual everyday masks.

«When used by people with z.

The health authority also refers to a recommendation for use by the Federal Institute for Occupational Safety and Health, according to which FFP2 and FFP3 masks for private use are generally “not recommended”.

An RKI spokeswoman did not want to comment on whether the statements should be understood as a warning against the measures decided in Bavaria.

Communication from the Ministry of Health