Economist: Biden's stimulus package can affect the Finnish economy through a bend

The support package proposed by the future President of the United States will hardly have a direct impact on the Finnish economy, says Nordi's chief economist Tuuli Koivu. 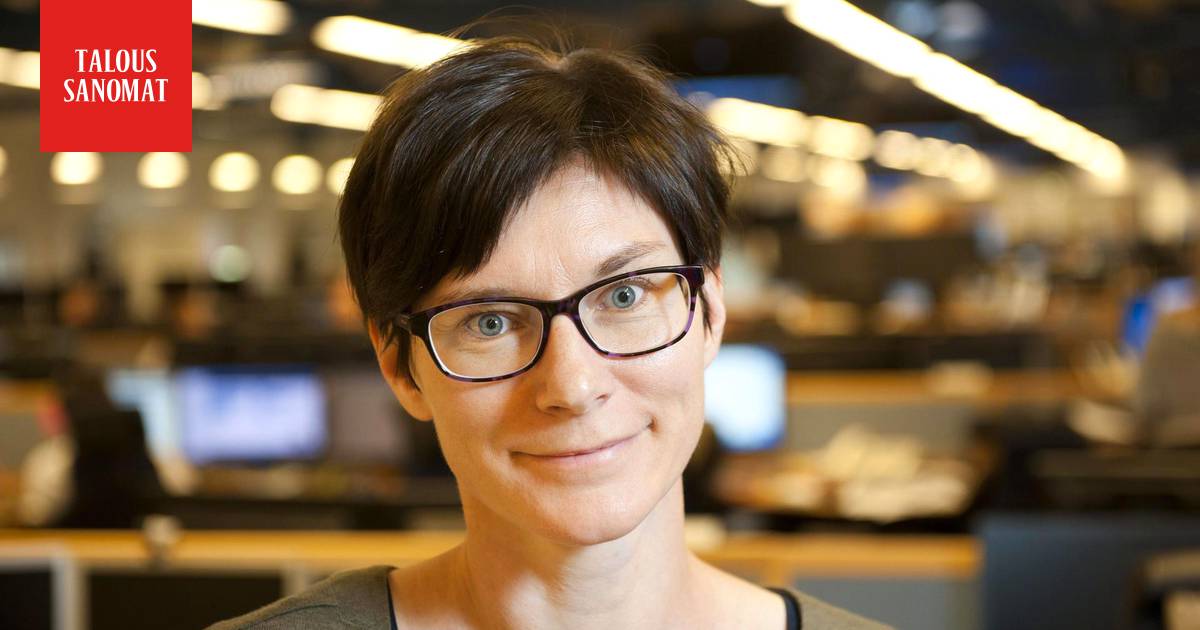 Nordea's chief economist Tuuli Koivu estimates that the US stimulus package will also benefit the world economy if it passes.

Future U.S. President Joe Biden is proposing a $ 1.9 trillion support package for economic recovery and the fight against the coronavirus.

- If the package goes through, it will also spill over into the world economy, of which the United States is one of the biggest drivers, Koivu tells the news agency Startel.

OP chief economist Reijo Heiskanen estimates on Twitter this morning that with all the revival and normalization brought about by vaccinations, the US economy will grow the most this millennium this year and there will be enough good for next year as well.

Birch points out that the support now planned is domestically driven.

It focuses in particular on the services sectors affected by the corona and on supporting consumption and has the greatest impact in the United States.

Forecasts for the world or Finnish economy may not start to fall immediately.

- There is so much uncertainty in the forecasts that the effect goes mainly to the error margin of the forecasts, Koivu says.

The effects, he said, are linked to the viral situation.

Even if people have money, they may not be able to spend it if the restrictions imposed to curb the pandemic continue.

- More may be achieved if the disease situation eases towards summer and vaccinations are rolled out.

Resuscitation affects Finland through a bend

As little consumer goods are exported from Finland to the United States, Koivu does not believe that Finland will directly benefit from the stimulus.

Instead, China may well rejoice in the growth in consumer demand.

- Certainly the benefits will flow quite a lot to Chinese exports, he estimates.

The effects on the Finnish economy may come through a bend when the pull of the US and Chinese economies is reflected in the world economy.

The stimulus package instills confidence in the future in a situation where the coronavirus is still rampant, which could help support the economy.

Biden's policy may later also help Finnish industrial companies, as he has a completely different approach to climate change from his predecessor, Donald Trump, and is expected to invest in infrastructure.

Does the package incite unrest?

While Democrats will have a meager majority in Congress in the future, the stimulus package may not go through as such.

Birch also points out that there are no free lunches.

The other side of the coin is the swelling of U.S. government debt.

To curb the economic impact of the interest rate pandemic, central banks have put a lot of money into it.

A strong stimulus policy will increase price pressures, but Koivu believes that the threat of inflation should not be exaggerated.

- There are about 10 million people in the United States without jobs.

Wage pressures do not immediately roll out.

Unrest in the United States has become more common in recent weeks.

Birch estimates that disappointment and invisibility have been reflected in politics.

The background is income distribution.

- The salary of a low-skilled white man has been falling in real terms for decades.

In the West, it is unprecedented for a large part of the population, he says.

The recovery plan includes more than doubling the minimum hourly wage to $ 15.

In addition, the corona subsidy money sent to citizens is to be raised to $ 2,000.

Although the aim is to channel support especially to the unemployed and otherwise those affected by the corona crisis, Koivu does not believe that the situation can be reversed with support packages.

The market has already priced in the recovery

The stock market’s reaction to the giant resuscitation has been subdued.

Birch estimates that the big stimulus was priced just over a week ago, when it became clear that the Democrats would get a small majority in both chambers of Congress, the Senate and the House of Representatives.

In addition, the corona situation is still a matter of great concern and investors see tax increases as possible.