Despite Pfizer's announcement, regions should not save doses

Despite the announcement of reduced vaccine doses from Pfizer in the coming weeks, the regions are urged not to skimp on doses. - Even if Sweden receives fewer doses, deliveries continue, says state epidemiologist Anders Tegnell. 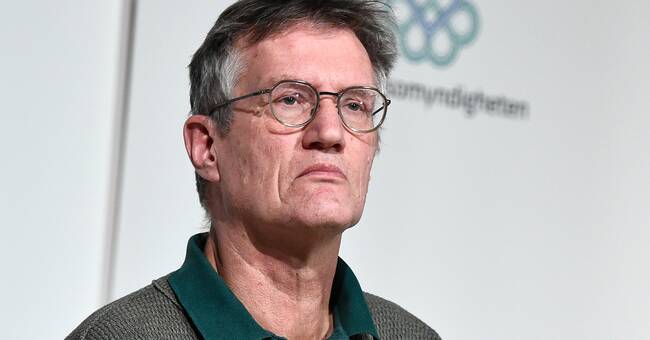 The pharmaceutical company Pfizer's announcement of a reduced number of doses to Sweden and Europe means a total of approximately 15 percent fewer doses.

Next week, there will be about 25 percent fewer doses, according to the Swedish Public Health Agency.

Several regions have stated this week that they have saved on doses, according to SKR because they felt unsure that the supply chain is completely safe.

- If there are 15 percent fewer doses next week and onwards, the vaccination rate will decrease.

We will manage in the coming weeks by reducing the number of patients who receive dose one, to ensure the clear vaccination of dose two, he says to the newspaper.

Anders Bergström in the Norrbotten region now tells Aftonbladet that they will have to go against the Public Health Agency's recommendations.

- If Pfizer can not deliver, it will be really difficult for those who have not saved doses.

Fewer will be vaccinated

- It is obviously a regrettable message that the number of vaccine doses to Sweden will decrease for a period.

This means that fewer people in the priority groups than we had expected will be able to be vaccinated in the near future, says Anders Tegnell in a statement.

The recommendation from the Swedish Public Health Agency is firm - do not save doses.

It is important that the regions continue to vaccinate as many as possible from the priority groups in order to reduce the risk of serious illness and death, says Anders Tegnell.