"The Danish Energy Agency received a work schedule": what is known about the completion date of "Nord Stream 2" 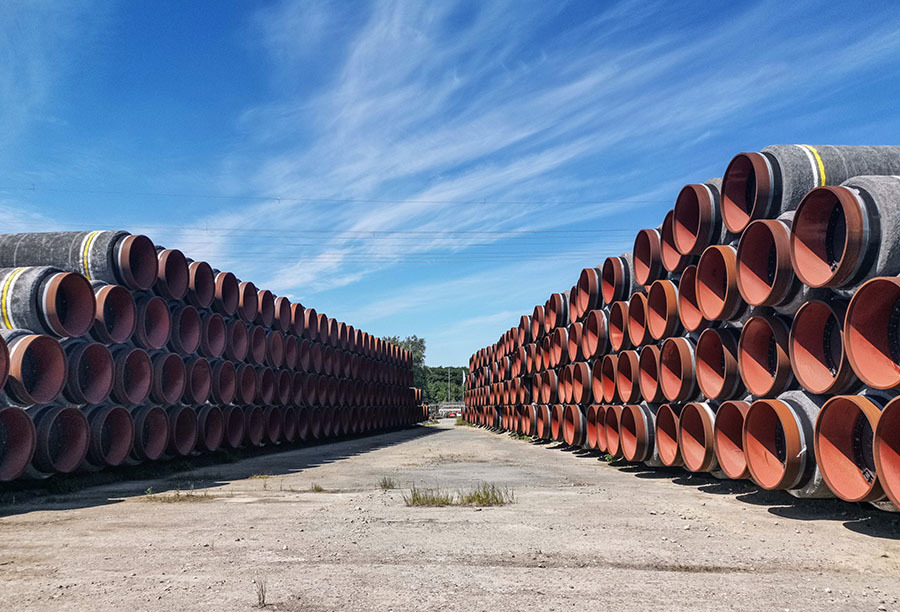 On Friday, January 15, laying of the Nord Stream 2 gas pipeline will resume.

This was reported by the press service of the company - operator of the Nord Stream 2 AG project.

"Work on pipe-laying, including preparatory measures and tests, will begin in the period from January 15," - leads the text of the TASS message.

On the eve, the head of the press service of the Danish Energy Agency Ture Falbe-Hansen also spoke about the timing of the start of work on the construction of the pipeline in the territorial waters of the kingdom.

“The Danish Energy Agency last week received from Nord Stream 2 AG a timetable for further work on the construction of Nord Stream 2.

Laying of the pipeline will resume in Danish waters on January 15, 2021, ”he said.

At the same time, Bloomberg, citing sources, claims that Nord Stream 2 AG intends to complete the laying of one of the gas pipeline branches "by the end of the first half of the year."

Thus, by May, it is planned to complete the construction of a section in the waters of Denmark, and in June the pipe-laying barge "Fortuna" will complete work on the German section.

As follows from the data of the Marine Traffic tracker, at the time of publication of the article, "Fortuna" anchored at the port of Rostock.

On the eve of the barge left another German port - Wismar.

The supply vessel "Baltic Researcher" and the multifunctional vessel "Murman" will also be involved in laying the gas pipeline in the exclusive economic zone of Denmark.

Nord Stream 2 is two strings of a gas pipeline with a total capacity of 55 billion cubic meters per year, which pass through the exclusive economic zones and territorial waters of five countries - Russia, Denmark, Finland, Sweden and Germany.

It should be noted that the United States opposes the completion of the construction of Nord Stream 2, offering Europe to purchase American LNG, as well as a number of European states, including Ukraine and Poland.

In December 2019, US President Donald Trump signed the country's defense budget for the next fiscal year, which included sanctions against the Nord Stream 2 and Turkish Stream pipelines.

After that, the Swiss company Allseas, which was laying the gas pipeline, stopped work and said that they did not plan to return to the construction of the pipeline.

Then Gazprom decided to build the gas pipeline on its own.

So, in December 2020, a 2.6 km section was laid in the exclusive economic zone of the Federal Republic of Germany.

At the moment, the project is over 90% complete.

Meanwhile, on January 1, the US Congress approved the country's draft defense budget for fiscal 2021.

The document, among other things, provides for tougher sanctions against the Nord Stream 2 and Turkish Stream gas pipelines.

After that, the Norwegian company DNV GL refused to implement the Nord Stream 2 AG project.

The media reported that the same decision was made by the Danish engineering company Ramboll.

In addition, on January 14, the US Department of State issued another warning to companies taking part in the Nord Stream 2 project.

American diplomats informed them about the risks of falling under additional sanctions from Washington.

“We can confirm that the Department of State has approached companies to inform them about the adoption of additional sanctions under the law on ensuring energy security of Europe within the framework of the defense budget for the 2021 financial year (started on October 1, 2020. -

) and the risk of sanctions for continuing ties with the project “Nord Stream 2,” a State Department spokesman told TASS.

Russia has repeatedly pointed out that Washington's position on the introduction of sanctions against Nord Stream 2 is an element of a hybrid war and a policy of containing the Russian Federation.

At the same time, Moscow is confident in the successful completion of the project.

“We still have no doubts about the successful implementation of Nord Stream 2, despite the increasing pressure of the US authorities on Gazprom’s Western European business partners.

Most recently, German Chancellor Angela Merkel said that the position of the German government in support of SP-2 remains unchanged.

We proceed from this, ”said Oleg Tyapkin, Director of the Third European Department of the Russian Foreign Ministry on January 13.

Note that Germany opposes American pressure on Nord Stream 2, since the project is exclusively economic and is aimed at strengthening the energy security of Germany and Europe.

So, on January 7, the parliament of the German state of Mecklenburg-Vorpommern approved the establishment of the environmental fund "Climate and Environment Protection MV", which, among other things, provides for the protection of the interests of the participants of the Nord Stream 2 project.

“We here, in the federal state, adhere to the point of view that in the coming years we will have a need for gas - not only for gas from the Russian Federation, but also, for example, from Norway or the Netherlands.

Here in Europe they use this combination.

And this gas pipeline is part of a reliable gas supply system for the coming years.

Although the goal of our federal state, of course, is ultimately an independent energy supply, to a greater extent with the help of renewable energy sources.

But this is a long road, and it cannot be covered in a short time, "Jochen Schulte, a member of the Social Democratic Party of Germany (SPD), told RT.