The suspect of spraying his ex-girlfriend and a friend who accompanied her with acid in the Málaga municipality of Cártama starred in a spectacular persecution this Wednesday night. 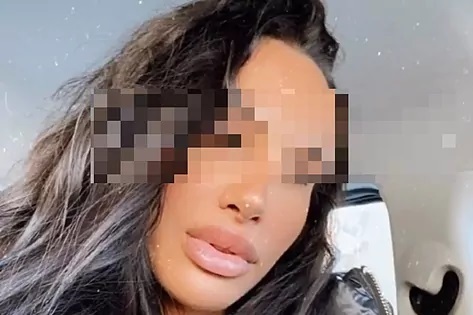 starred in a spectacular pursuit on Wednesday night that began when he was detected by radar when he was driving the vehicle in which he fled after allegedly perpetrating the brutal attack.

As EL MUNDO has learned from nearby sources, the 26-year-old young man,

for more than half an hour, circulated at high speed

through different Costa del Sol municipalities in a vertiginous getaway in which he dodged the barriers put up by agents of different bodies, who They came to cut off the highway, and it started on the

In one of the recordings that have transpired, it is observed how the criminal invaded the shoulder to avoid two

that had been crossed while some agents ran behind and the citizens who captured the scene did not leave their astonishment.

After 11 pm, his vehicle

- a gray Volkswagen Golf - was located in the municipality of

near the Muslim cemetery.

Everything indicates that the car suffered a breakdown and the criminal abandoned it to continue the escape.

A wide search device was quickly activated in the surroundings of this point, which at midnight this Thursday was following the track of the fugitive.

extensive knowledge of the Mijas town,

The brutal attack took place at around 2:00 p.m. at the intersection between

The two victims were inside a car when another one occupied by the driver's ex-boyfriend stopped next to them.

The young man got out and hit the girl's window with the excuse that he wanted to talk to her.

With some qualms, he lowered the glass a few centimeters, at which point the man threw a corrosive liquid in his face that also reached the companion.

The aggressor, who was driving a gray car, quickly left the scene, while the two victims got out of the car screaming and with serious burns on different parts of the body.

His car, with no one at the wheel, kept going until it collided with a streetlight.

The doctors from Health Emergencies 061 who traveled to the place, given the severity of the main victim, agreed to her urgent transfer by helicopter to the Virgen del Rocío hospital in Seville.

At the scene of the incident, the agents located an empty plastic bottle containing one liter of 98% sulfuric acid.

A highly abrasive product that, exactly the same, can be purchased online for 12.20 euros, and whose marks could be seen on the door of the victims' vehicle.

The suspect in the attack, who has been identified by the Casabermeja Local Police as JADN, is 26 years old, has a long criminal record and years ago was the victim of an assassination attempt in Mijas.

Sources consulted by this newspaper explained that the young man was shot when he was leaving the house of some relatives and managed to escape the attack unscathed.

This event occurred very close to a point where a citizen of Colombian origin was later shot dead.

"He is a very bad uncle, a son of a great whore," was defined by agents who have arrested him on more than one occasion and who explained that the young man has been investigated for robberies, robberies and mistreatment, among other crimes.

"I'm going to get your guts out"

Judicial sources consulted by Efe have explained that the investigated has a search and arrest warrant in force for this last procedure and is accused of mistreatment, serious threats and unjust humiliation.

In this case, the defendant, at around 5:00 a.m. on August 14, 2016, met the victim in a discotheque in Marbella and, after asking for an explanation for the reason for being there, a discussion ensued.

With the intention of undermining her physical integrity, he allegedly attacked her: he punched her in the face and threw her to the ground, where he grabbed her by the hair and dragged her down the steps of the disco.

When he was able to escape, he caught up with her and threw her on the hood of a vehicle where he allegedly punched her all over the body.

Fortunately, the woman fled and met a police patrol that accompanied her to a health center.

In later days, the defendant asked her forgiveness by phone and told her that he wanted to see the son they had in common, but given her refusal, he called her again, but for a hidden number to allegedly insult and vex her.

In addition, since September 5 of that year, the victim received messages through social networks supposedly from the accused saying "I'm going to take your guts out, the one I sent you to your house has not come to give you kisses."

Because he could not be located to notify him of the date of the trial, the judge ordered a search and arrest warrant and for this procedure he faces the global penalty of two and a half years in prison and a prohibition to approach the victim to a distance less than 500 meters.

Born in Melilla, but settled on the Costa del Sol for a long time, his name has also been linked to investigations against drug trafficking and in the town of Mijas he was the subject of at least one complaint for gender violence.

This was formulated by another ex-partner who decided to break the relationship and start another with a boy whose integrity was also feared.

"Many know him as 'the melillero' and he is a guy who is 'hung up', very violent, and I would not be surprised if he would shoot himself if they manage to locate him," said a source close to the victim who is in worse condition. who has added that this individual was allegedly involved in a serious firearm incident with a nightclub bouncer.

The Civil Guard informed the mayor of Cártama, Jorge Gallardo, that the fugitive, whose identity was disseminated among all the police forces in the province, and an operational search was inserted at the national level in case he had managed to leave Malaga, has seven warrants for detention in force for different crimes.

As this newspaper has been able to know, agents of the Armed Institute were in Mijas on Tuesday afternoon making arrangements in their environment.

The ex-girlfriend of the alleged aggressor, Sandra, 26, with whom he had been in a relationship for a few months, continued this Wednesday in a very serious condition in the Intensive Care Unit (ICU) of the aforementioned Seville hospital.

After being assessed this past Tuesday in the Large Burns Unit, the percentage of burns is 45 percent.

Other sources have pointed out that his condition would be very serious.

The other injured young woman, also 26 years old, was still in the Regional Hospital of Malaga and her condition was stable within gravity.

It has a 20 percent burned area on the face and legs.

One of the girls does live in Cártama with her parents and the other in Casabermeja.

EventsThe dangerous abuser from Malaga who sprayed his ex-girlfriend with acid, wanted by all the police 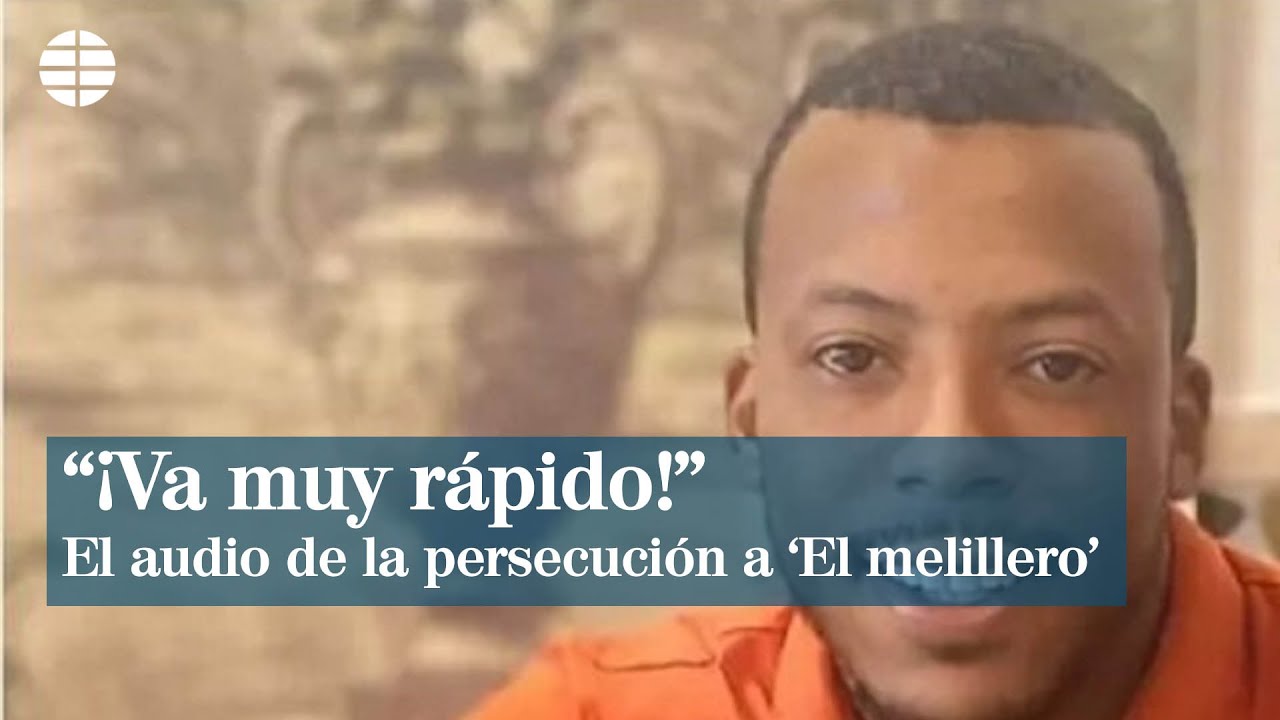 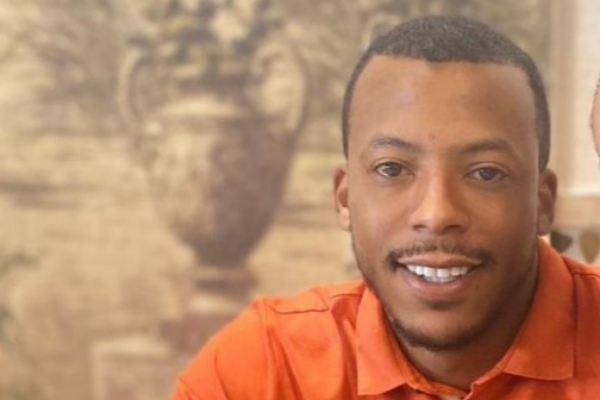 News/Politics 2021-01-14T00:00:03.433Z
They are looking for the suspect of spraying acid on his ex-girlfriend after a spectacular chase in which he abandoned his car 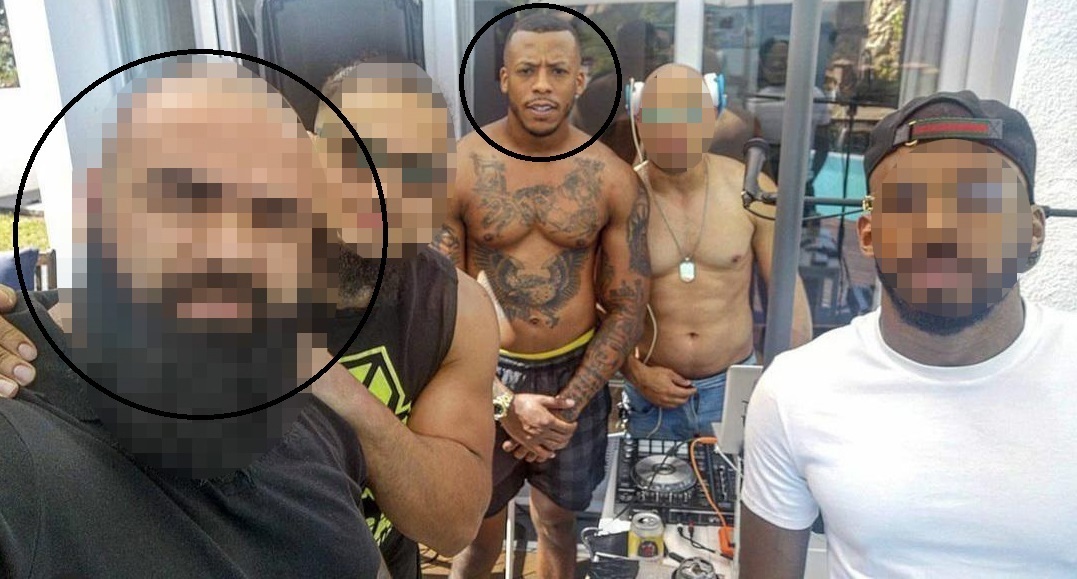 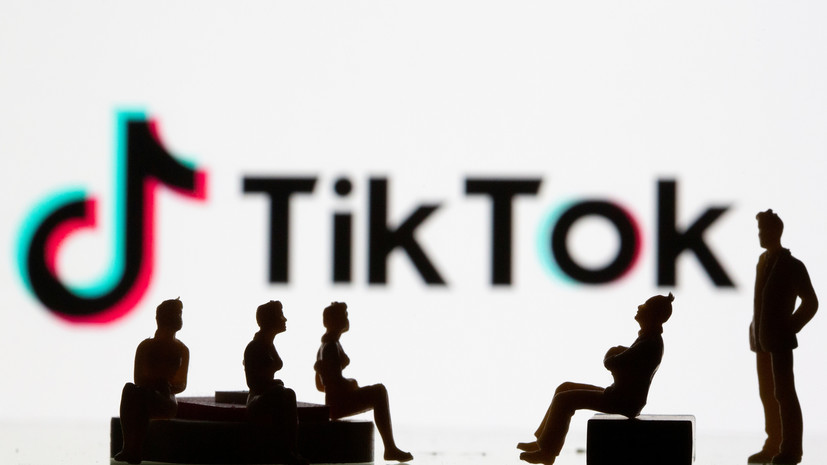 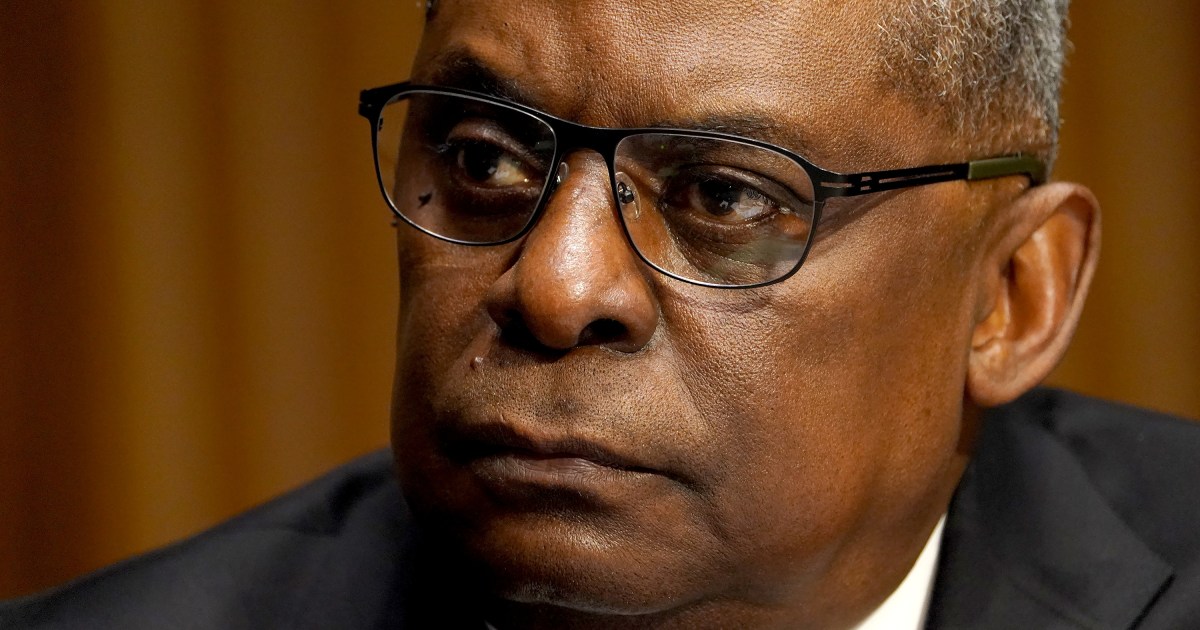 News/Politics 2021-01-20T03:13:01.112Z
Biden's candidate for the Defense Department pledges to cleanse the US military of racists and extremists 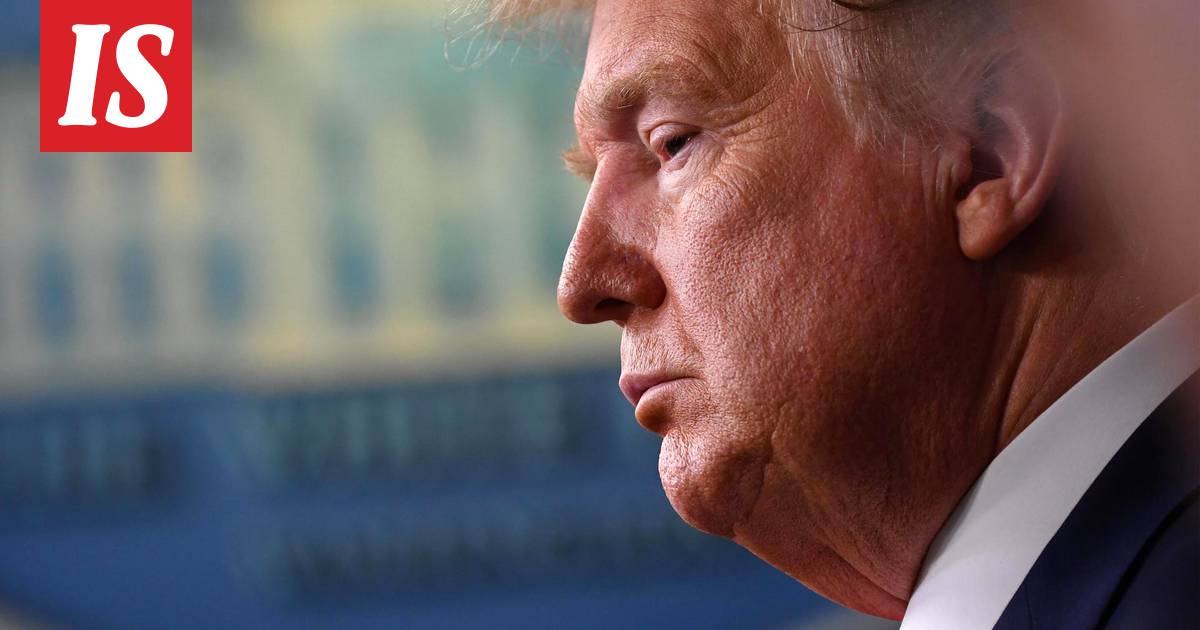 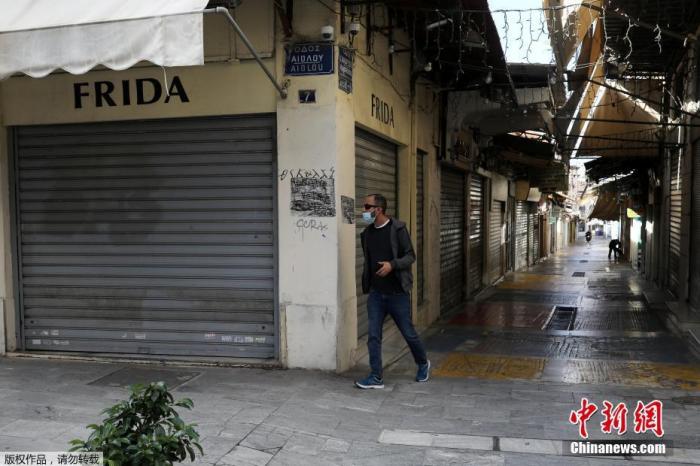 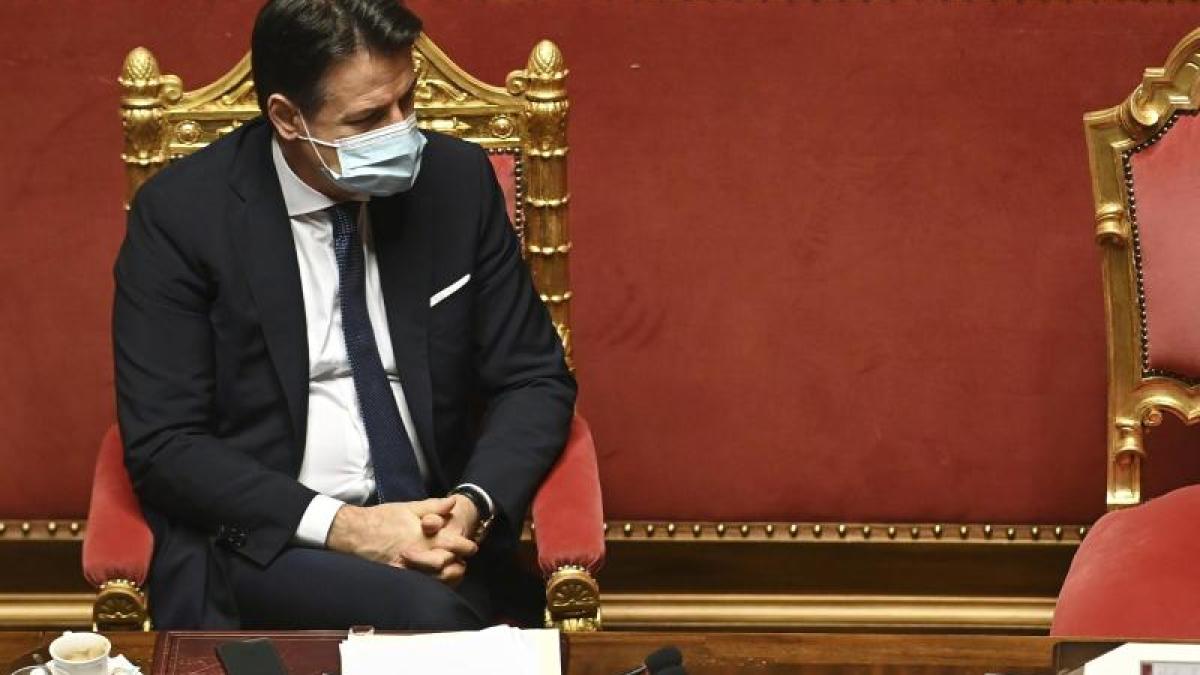