Riina-Maija had to cancel the wedding the day before the wedding, four years later Kalle's secret ring played - such has been the Palanders' shattering marriage

Kalle Palander filed for divorce a week ago on Monday. Riina-Maija Palander later told IS that she hoped the union would continue. This is not the first time their union has crashed. 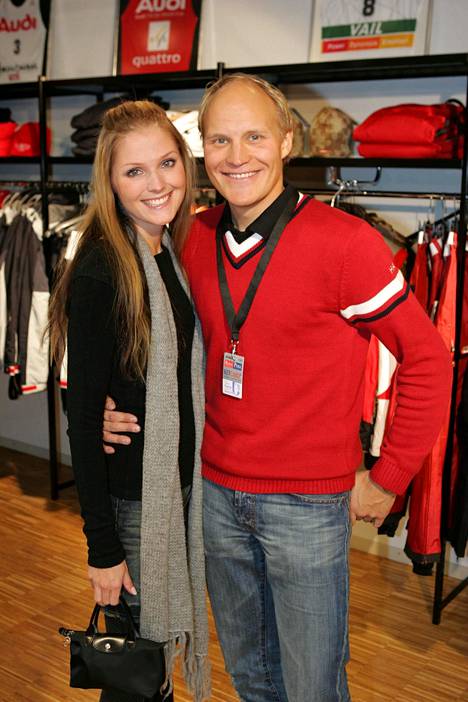 Riina-Maija Salminen and Kalle Palander were married in Kuusamo on Easter Sunday, April 8, 2007. Their marriage terms have been registered for the same day.

Kalle Palander had brought the marriage papers to his future wife to sign the week before the wedding.

Quite surprisingly, because Riina-Maija thinks that nothing has been said about it before.

That is what he has said afterwards.

The idea of ​​a marriage contract offended Riina-Maija so much that she would have wanted to cancel the marriage.

He has said he was not allowed to sleep at night wondering how he could cancel the wedding at the end of the week.

However, the occasion was so close that there was really nothing to do but put the name on the papers.

It seemed that the future husband did not trust her if she wanted a marriage.

Even the night before the wedding, Riina cried that she wanted to cancel the wedding.

It’s not uncommon for you to start getting nervous just before you get married, but a reluctantly signed marriage contract didn’t at least improve your mood.

Riina-Maija became Mrs. Palander at the wedding, which Jouni's father and his wife, who coached alpine skier Kalle Palander, did not want to attend.

Immediately after the inauguration, Oda-Sofia, the couple's firstborn, born in Monaco a couple of months earlier, was baptized.

The wedding was also attended by Pyry, a son from Riina's previous relationship, who was seven at the time.

Kalle Palander's Norwegian, eight-year-old daughter Mathilde at the time of the wedding had also arrived in Kuusamo.

The 1999 World Slalom Champion publicly introduced his new girlfriend at the opening of the Ruka season in November 2005. The dating was behind us for a few weeks at the time. Photo: Tuomas Selänne

The couple, who were living in Monaco at the time, married in Kuusamo to make it easier for both loved ones to attend the wedding of almost a hundred people.

Riina lived in Kuusamo until she was a teenager, and the couple also met there in the summer of 2004. Riina was on an internship as part of her studies at Ruka and led a ski school by Kalle.

The admiration was in the air, but the dating did not progress because Kalle was in a relationship at the time.

When Kalle contacted me in the fall of 2005, Riina lived in Oslo and was dating a Norwegian man.

However, Norway was a thing of the past when history, when the first dates in Helsinki got rid of emotions.

The romance progressed at a rapid pace and soon Riina and Pyry already lived with Kalle in Monaco.

When exactly one year had passed since the first date in Helsinki, Kalle arrived home to Monaco on a ski trip and took a couple of firstborns to Riina's restaurant dinner.

There, she surprised by marrying and got an affirmative answer, even though Riina had always wondered why the relationship should be sealed by marriage.

Perhaps growing up in a divorce home had cast doubt on the sustainability of the marriage.

For a sensitive 14-year-old host girl, the surgeon’s father’s decision to leave her family of four on Christmas Eve was a huge shock.

Life collapsed and changed in an instant.

During the same Christmas holiday, the family left their home in Kuusamo and moved to Oulu.

The difference, with its severe, life-revolutionary consequences, has left its mark on Riina.

Perhaps it has also contributed to the fact that he has wanted to keep his own family together, even though there have been difficulties in his marriage to Kalle.

Riina has told several times how Kalle got caught in infidelity in 2011.

When another woman called Riina, it was a huge shock to realize that mutual trust was not unbreakable.

Again, Riina supervised the nights as she had just before marriage.

He has said he did not sleep for months.

The husband had violated a sense of security by betraying trust.

As had happened at the age of 14 with the most important man in life at the time.

The difficult years and other bumps experienced as teenagers over the years have trained Riina-Maija to be a woman who wants to show that she can do it.

Even when you have to be tough.

However, a hard shell cannot prevent all sore emotions from getting through.

The shattering marriage has continued for more than 13 years, although both have occasionally vented their emotional turmoil in public.

Until the end of last year, Kalle Palander’s measure seems to have been met.

The spouses have told the public quite divergent views of what happened in early December.

Different interpretations of the events have caused a marital crisis, as a result of which not even Christmas was celebrated together.

Kalle took the children and Riina was without her children for the first time at Christmas.

The couple received their own TV show in the autumn of 2016, when the TV5 channel saw the Riemuloma Palandereilla program. Photo: Antti Hämäläinen

On January 4, Kalle Palander filed for divorce alone in the Lapland District Court.

Iltalehti was the first to report on the divorce case.

The former top athlete, who has previously swayed the divorce papers to the district court, has not this time bent to cancel the divorce.

- I haven't started this, Kalle is looking for a resignation alone, Riina Palander told IS on Tuesday.

She says she hopes the marriage will continue.

On Thursday, the spouses are scheduled to meet in Tallinn and see how they are going to proceed now.

Should a life built together be finally shattered or could the common journey still be pursued?