Pierre-Luc Dubois wants out of Columbus. Speculation exploded in Montreal. 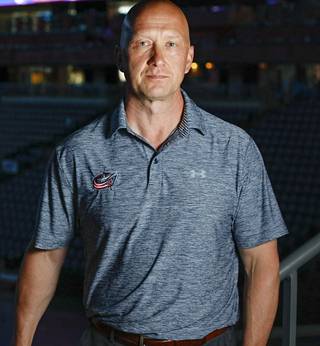 The trade rumors surrounding Winnipeg’s Patrik Laine have been hot topics in the NHL for a long time.

Recently, Laine's peer and the second top booking of 2016, Pierre-Luc Dubois, have also entered the same whirlwind of trade speculation.

Just before the start of the season, Dubois ended up with a two-year bridge deal with Columbus - like Laine before last season.

At the latest, the recent release of Blue Jackets ’fiery head coach John Tortorella on a local radio station made Dubois’s intentions clear.

- He wants out, Tortorella confirmed without twisting.

- He spoke to the team, as is our custom here.

He has been honest with the team.

However, Tortorella doesn’t know exactly why the team’s young No. 1 center now suddenly wants out.

- I hope he's a little more honest for his reasons.

I think he needs to talk about it, Tortorella said.

The 22-year-old Dubois is the brightest diamond in the Blue Jackets attack and one of the club’s biggest cornerstones, just approaching its peak years.

The Canadian's desire to leave is certainly not in the minds of GM Jarmo Kekäläinen, who built on him.

Kekäläinen has once again found himself in a nasty situation with his star player's flirtation.

It wasn’t until a couple of years ago that the team’s big Russian stars Artemi Panarin and Sergei Bobrovki wanted to leave the team and eventually got in too.

What does Kekäläinen do with his star player? Photo: Joshua A. Bickel / Lehtikuva

The bull-like skill center Dubois is sure to arouse interest in almost all teams.

Sportsnet reports that at least Winnipeg and Montreal are behind him.

Insider reporter Nick Kypreos, meanwhile, reported Thursday night that Dubois ’number one option for his new club would be Montreal, which will hold its tent in the Canadian-French homeland of Quebec.

According to Kypreos, Columbus would have asked Nick Suzuki, at least a young promising center, in return, in addition to which the Canadiens should include more in the deal.

In the disc-crazy Montreal craze that has hunted a true high-end number one centuries for decades, the Dubois rumors have made the socks spin on their feet.

If Dubois, 22, really ended up in Montreal, which already has young centenarian promises Suzuki, 21, and Jesperi Kotkaniemi, 20, the natural part of the deal would be at least a central striker moving in the other direction to Columbus.

The name Kotkaniemi has also been raised in Montreal's wildly rotating speculation mill as a possible commodity to acquire Dubois.

In addition to the youth duo, the middle lane of Montreal features Philip Danault, 27, who plays in his final contract year before becoming a free agent.

Even at the end of his current contract, Dubois is still a limited free agent and cannot decide on his possible transfer himself.

The solution is in Kekäläinen's hands alone.