Marriage in Germany has been open to everyone since 2017. As parents, however, two married women do not have the same rights as heterosexual couples. The higher regional court in Celle deals with the case of a family from Schellerten. 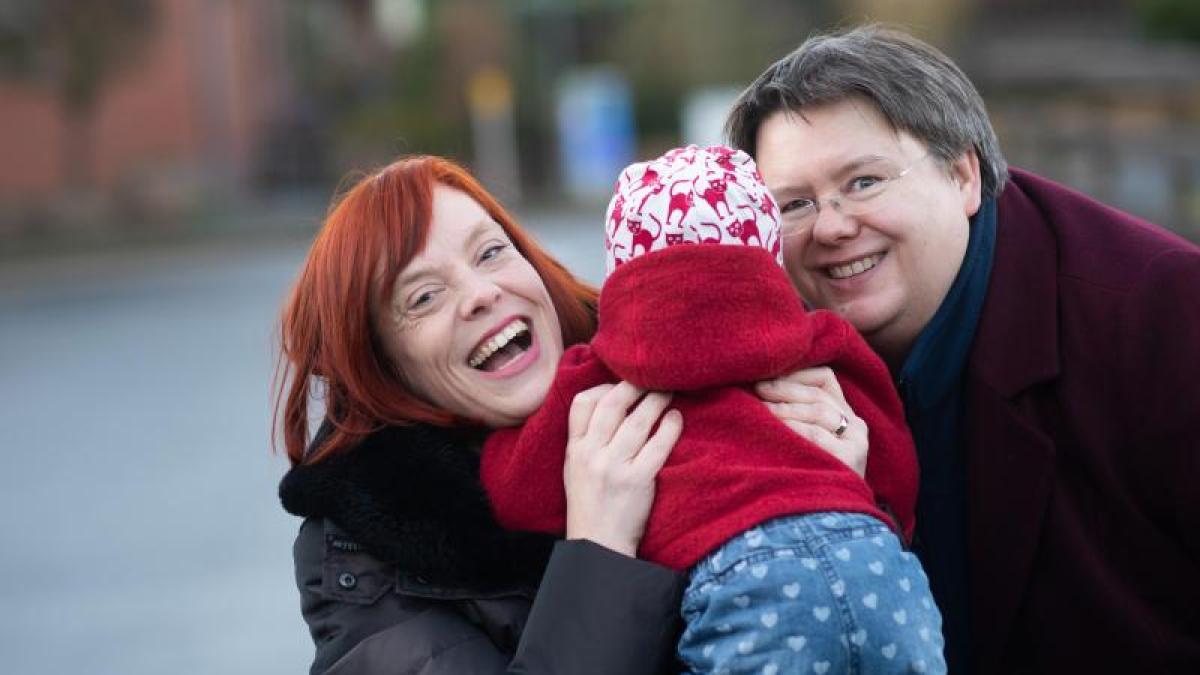 Celle (AP) - Two women from the Hildesheim district are fighting to be recognized by the state as the mothers of their daughter Paula.

It is about legal equality with heterosexual married couples, said Gesa Teichert-Akkermann (45), who gave birth to Paula in February 2020, the German press agency.

Her wife Verena Akkermann (48) is one of the two mothers, Paula has known her voice since she was pregnant.

According to the current legal situation, her partner can only use the sometimes lengthy procedure of stepchild adoption.

From the point of view of the Akkermanns, this is “unconstitutional discrimination”.

Because in the case of heterosexual married couples, the father is automatically entered in the birth certificate, even if the child was created with the help of a sperm donation, for example.

On Wednesday, the Higher Regional Court (OLG) Celle dealt with the case after applications by the family from Schellerten were rejected in the first instance by the Hanover District Court and the Hildesheim District Court.

"Today we told the court very personally what it means for Paula and us that queer families are discriminated against when recognizing parenthood," said the 45-year-old after the more than two-hour hearing.

"We don't just fight for ourselves, but for the rights of all rainbow families."

According to a spokesman, the court wants to send its decision in writing in a few weeks.

The female couple is supported by the lawyer Lucy Chebout and the Society for Freedom Rights.

According to the lawyer, the decisive legal question was whether the regulation on parent-child allocation in the Civil Code, which refers to husbands according to the wording, can also be applied to wives - or even must.

The current regulation is primarily at the expense of children in queer families, said the Society for Freedom Rights.

The registry office had refused to enter Verena Akkermann as the second mother in the birth certificate.

Paula legally has only one mother and has no entitlement to maintenance, care or inheritance from her second mother.

The 48-year-old needs the power of attorney from her wife even to visit the doctor with her daughter.

This problem also arises for couples in which one partner has no gender entry or a divers entry.

According to the Federal Ministry of Justice, a comprehensive reform of the law of parentage is in progress.

In some areas, equality, simplification and relief are so urgently needed that they should be regulated in advance, said a ministry spokesman for the dpa.

A draft law that was sent to the other departments in the summer is currently being voted on within the federal government.

At the center of this partial reform is the introduction of equal maternal status for two women by virtue of marriage and recognition, said the spokesman.

There is now a movement of couples who do not want to take the stepchild adoption route.

Christina Klitzsch-Eulenburg from the “Nodoption” initiative reported that in August in Berlin alone, applications for the determination of parenthood were submitted by six couples for seven children.

The Higher Regional Court of Celle is not the first high court to deal with the parenting of a lesbian couple.

In autumn 2018, the Federal Court of Justice (BGH) in Karlsruhe ruled that once marriage was introduced, a female couple could not automatically become parents together.

A reform of the law of parentage is necessary, it said at the time.

"Of course we hope after today's appointment that the court will recognize that I am also the mother of our daughter Paula," said Verena Akkermann.

“But if not, then we have made up our minds: we will carry on.

If necessary, we can go to Karlsruhe. "

Background information from the Society for Freedom Rights