Lee Man-hee, 89, religious leader of the very controversial Schnincheonji Church of Jesus, was prosecuted for his responsibility in the arrival of the cornavirus in February in the country and the obstacles of ... 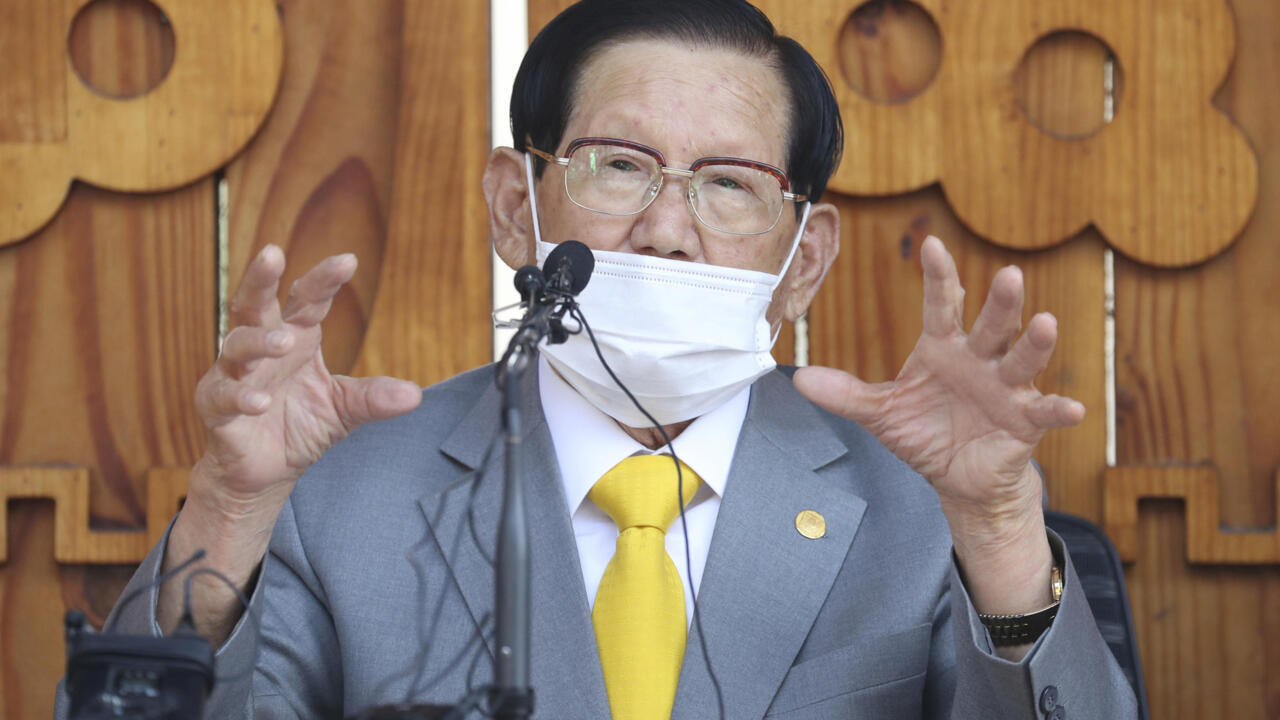 South Korean Lee Man-hee, head of the Shincheonji Church of Jesus, at a press conference on March 2, 2020. AP - Kim Ju-sung

Lee Man-hee, 89, religious leader of the very controversial Schnincheonji Church of Jesus, was prosecuted for his responsibility for the arrival of the cornavirus in February in the country and the obstacles of Church members in the fight against Covid -19.

In a country where this fight comes before privacy, this verdict is likely to cause an uproar.

This is a court ruling that should displease many South Koreans.

They were 1.3 million to have signed a petition calling for the dissolution of the Schincheonji Church of Jesus.

In mid-February after the appearance of the first cases within the sect in the city of Daegu, they represent nearly half of the total confirmed infections in the country.

When authorities ask cult leaders to provide contact case tracing teams with a list of these members, the Church officially cooperates.

But Lee Man-hee, the leader of the religious movement, is

accused of providing false records of his followers

, and worse, of causing them not to reveal information to health authorities in order to protect their privacy.

Over 5,000 infusions related to Lee's Church

However, continued religious gatherings have not helped limit the spread of the virus.

More than 5,000 infections are linked to the Church, nearly 7% of the country's total cases, which number nearly 70,000 today.

These events shed light on the practices of this opaque sect.

Its leader was acquitted in his health case, but he is also being prosecuted for embezzlement.

To listen: How South Korea is trying to extinguish its epidemic centers

Coronavirus: the leader of the South Korean sect at the origin of a source of contamination arrested

South Korea: despite health restrictions, a record of Covid-19 contamination