Söder's FFP2 obligation shows that those responsible have slept

Söder also receives criticism for the FFP2 mask requirement in Bavaria - but it mainly relates to the feasibility. That makes it clear: Once again, no thought was done ahead of time. Another prime minister's argument is like a declaration of bankruptcy. 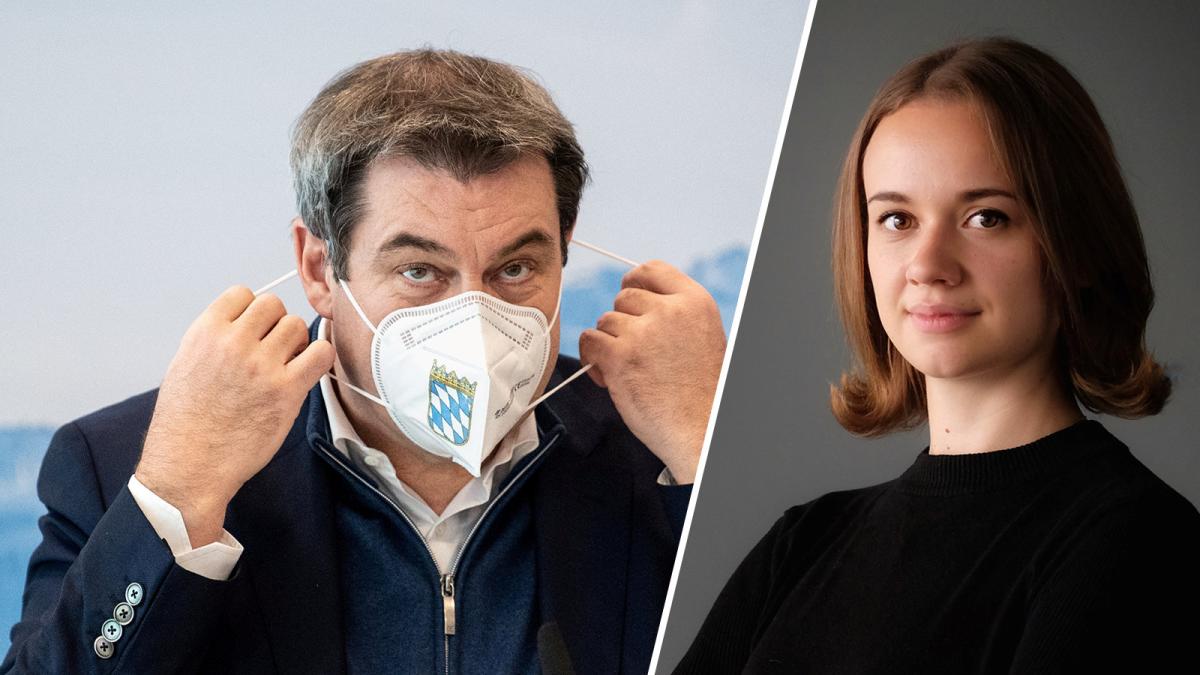 Germany and the rest of the world have been stuck in the pandemic for more than ten months.

It's been such a long time that the blanket - and initially quite understandable - argument “This is new to us all” is slowly losing its credibility.

Germany remains in lockdown for the second time.

The discussion about the quality of masks should also sound familiar.

Bavaria's Prime Minister Markus Söder (CSU) has put them back on the table with the cabinet decision on the FFP2 mask requirement in public transport in the southern state.

The reactions to this step are telling and show: those responsible were asleep - again.

It is well known that FFP2 masks offer significantly more effective protection - in contrast to surgical masks and so-called community masks, they also protect the wearer from infection.

The federal and state governments would have had months to order masks or promote their production in Germany, with the aim of equipping all citizens with them.

Everyone thinks the basic idea is good.

The criticism of the new Bavarian exception regulation focuses only on questions of concrete feasibility: Are there enough masks?

How can we ensure that all citizens can purchase one in good time?

What about those in need?

They should at least get masks for free.

In general, however, the usefulness of the measure is hardly questioned - on the contrary.

Experts agree, the head of the North Rhine Pharmacists' Association points out that the FFP2 masks would also make sense in the workplace.

Even from the Greens and the Left there is approval, albeit with the restriction that the presence of the masks must be ensured and they should not be expensive.

So why not a nationwide extension of the rule?

Saxony's Prime Minister Michael Kretschmer (CDU) openly admits that availability is the central sticking point: in an interview with WELT, he confirms that the masks are scarce and says: “The most important thing is avoiding contact and keeping a distance.

That's Plan A. Everything else is Plan B. If we have enough masks in the country that everyone can afford and buy at a reasonable cost, then you can talk about something like that, ”he says.

Now the definition of a plan B is that it takes effect when plan A fails.

At least the head of the statutory health insurance physicians attested on Wednesday that the lockdown had "virtually brought nothing".

One can counter this by stating that the prevention paradox applies here - no one can exactly know how bad the situation would be without the lockdown.

Comprehensive loosening is also not justifiable for the time being given the continued high number of infections.

Nevertheless, it is time for an alternative or at least a supplementary plan to get the situation under control.

This could, for example, include FFP2 masks for everyone, or a better functioning Corona warning app, or a massive increase in the follow-up capacities in the health authorities.

According to Kretscher's logic, however, such a plan can only take effect when it is possible.

A circular argument as long as one doesn't care about plan B.

And a declaration of bankruptcy - if you consider what the lockdown demands of each and every individual every day.

The rulers should not be surprised that the population's stamina is dwindling.