He does not remember the password of the pendrive: he risks losing 220 million in Bitcoin

The encrypted device accepts 10 login attempts, but Stefan Thomas has already failed 8: 2 tests remain so as not to lose 7,002 Bitcoins forever 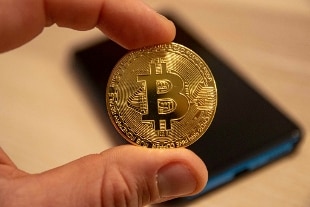 January 13, 2021 Eight times he made a mistake with his password, which he forgot.

He has two attempts left and for Stefan Thomas, a German programmer who lives in San Francisco, it is no small problem: if options 9 and 10 fail, he will lose $ 220 million in Bitcoin forever.

The password is the one that would allow the German programmer to access a memory stick - an IronKey - in which he had saved the private keys of an "electronic wallet" that manages 7,002 Bitcoins, whose value reached 40 thousand dollars a few days ago.

The price is down but still well beyond the 50 percent rise compared to a month ago when the cryptocurrency was worth $ 20,000.

The problem is that Thomas lost, years ago, the sheet where he had written the password to access his personal IronKey.

The "key" grants nine chances to make a mistake, at the tenth it blocks access forever.

The measure was designed to neutralize hacking attempts, but nothing is expected to come to the rescue of distracted investors.

"I'll get on the bed and I'll try to think about it - he told the New York Times - then I'll go to the computer and I'll make the ninth attempt. If it doesn't work, I'll fall into despair again."

At that point he would have the last chance.

Considered a volatile currency whose valuation is reaching record heights, Bitcoin has made many people millionaires in no time.

The downside of the "coin" is that, being all digital and "crypto", the drawback of the keyword often emerges.

According to a password recovery company, Wallet Recovery Services, of nearly 19 million Bitcoins around the world, worth a total of $ 140 billion, about 20 percent were lost in the great black hole. digital because the holders no longer remember the secret word used to access the account.

Thomas is in good company, but he's the only one who risks losing $ 220 million forever.