Niina, 37 ,'s back was constantly sore despite rehabilitation - relief was only found on the operating table

Pregnancy stretches the abdominal coverings and abdominal muscles, and sometimes the disadvantage remains permanent. Niina, 37, abdominal muscle erosion was corrected in surgery, and at the same time the back pain ended. 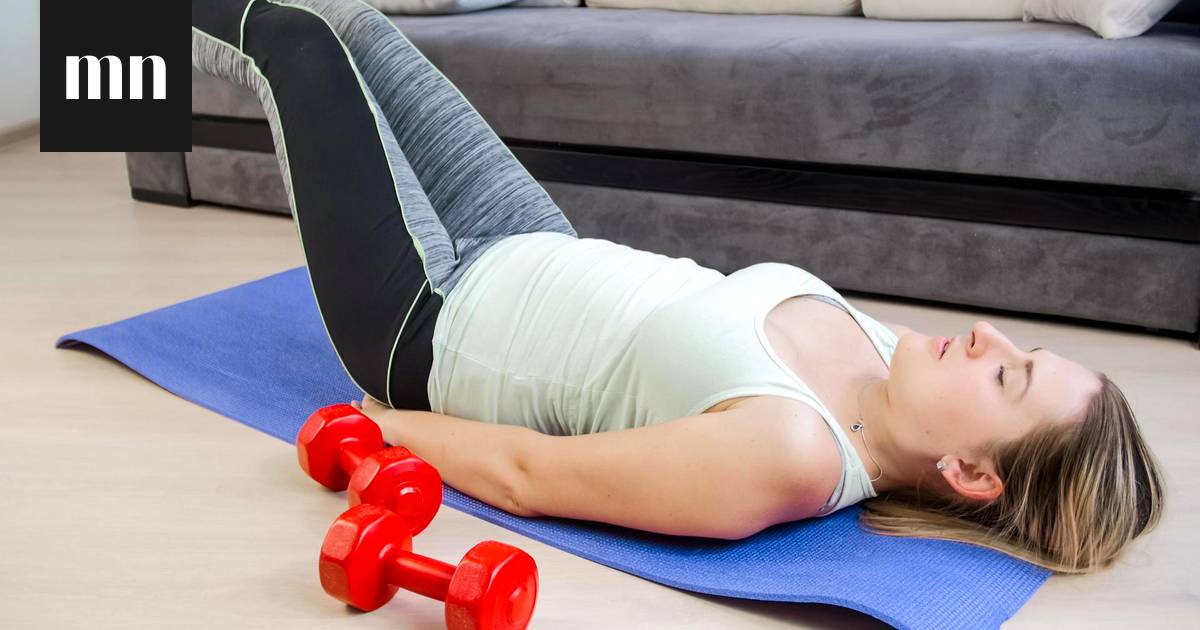 Niina, 37, had been suffering from back problems for several years.

She dealt with pain in occupational health care, from which she was referred to Pilates and Back groups.

However, active rehabilitation did not bring relief from symptoms.

Niina had three pregnancies and the same number of sections behind her.

The firstborn was born in 2004, the middle in 2009 and the pit in 2012. Back symptoms clearly worsened after the third pregnancy.

- I had suspected abdominal muscle prolongation for a long time.

I figured the muscle situation has some connection to back pain.

They do not want to appear in the story in their own name because of the personality of the matter.

Originally, the idea was to have a referral for breast reduction surgery, but the criteria for surgery on the public health side were not met.

Niina took the opportunity to talk about the condition of her abdominal muscles on the same visit.

- The examination was simple: I was on the bench for half a month and I raised my head slightly so that my abdominal muscles contracted.

The doctor's estimate of muscle detachment was four cents.

I received a referral for an assessment visit to Oulu University Hospital (OYS).

After all, quite a few abdominal abdominal surgery procedures are performed, says Jaana Vironen, a specialist in gastrosurgery at the Helsinki Hospital District (HUS).

However, more surgeries are performed in the HUS area than elsewhere in Finland.

A research project is currently underway in the hospital district to find out in how many cases the measure alleviates the functional impairment experienced by the patient.

- In the last three years, an increasing number of surgeries have been performed as part of this study.

The current number of patients undergoing surgery is 70-80.

There is more than just marching on surgery in public health - certain criteria must be met in order for surgery to be performed.

According to Vironen, abdominal muscle congestion must cause concrete functional harm to the patient.

The abdominal muscles of the precipitates straight muscles of the abdomen - those that make up the so-called six pack - for example, separate from the stretching of pregnancy bring the center line, and between the right and left sides of a gap.

In all cases, it does not recover after pregnancy, but may cause back pain or back pain, for example.

Some may have difficulty standing still for long periods of time or maintaining mid-body control while playing sports.

Vironen says that sediments less than three centimeters wide are generally not treated by cutting.

The precipitate can be rehabilitated, for example, under the guidance of a physiotherapist.

After the assessment visit, Niina waited to call for surgery within six months.

During the operation, Niina's abdominal muscles were repaired.

The surgical report revealed to him that the length of the precipitate was eventually just over five cents.

- I was really sore after the operation.

The greatest pain was in the upper abdomen, from where the muscles were trained.

In addition to the detachment correction, Niina underwent abdominoplasty, ie abdominal tightening, in which about 400 grams of loose abdominal skin was removed.

According to the statistics of the National Institute for Health and Welfare, the number of abdominal tightening surgeries has been on the rise in recent years: in 2008, about 100 surgeries were performed, in 2018 the number had already climbed to close to 400.

Recovery from surgery was facilitated by epidural anesthesia, and Niina returned home from the ward after five days with a painkiller prescription.

Niina wore a support vest placed on her stomach throughout her sick leave.

It has been more than a year and a half since the operation.

In addition to the large scar, the sensations of the skin resemble surgery.

Niina says that the abdomen feels a bit armored in part, but in return the muscles can now be better activated.

Even though the surgery was big and recovery took time, Niina would be willing to do it all over again.

The support of the middle body is clearly better after the operation.

Niina wonders if postpartum guidance could prevent the formation of larger precipitates.

The mother's guidance ends in the clinic pretty much like that - when the baby is born, all attention is naturally paid to the child.

Jaana Vironen recognizes that there is a demand for more precise guidance.

It could help those who have given birth to find a reasonable middle ground - some women play too hard, while others are afraid to do anything with their abdominal muscles forever, when muscle strength is not restored after pregnancy.

- After pregnancy and childbirth, the abdominal muscles must be allowed to recover in peace.

Muscles can be activated during the recovery phase with small, astringent movements in the midst of norm steps, he suggests.

The Estonian also reminds that no procedure brings back the body that the woman had before pregnancy.

Sometimes patient expectations can be unrealistic.

- It must also be accepted that life leaves its mark on everyone.