Coastal motorway: BUND considers further construction of the A20 to be too expensive

The environmentalists argue that the further construction of the trunk road will cost around seven billion euros, significantly more than previously planned and thus uneconomical. 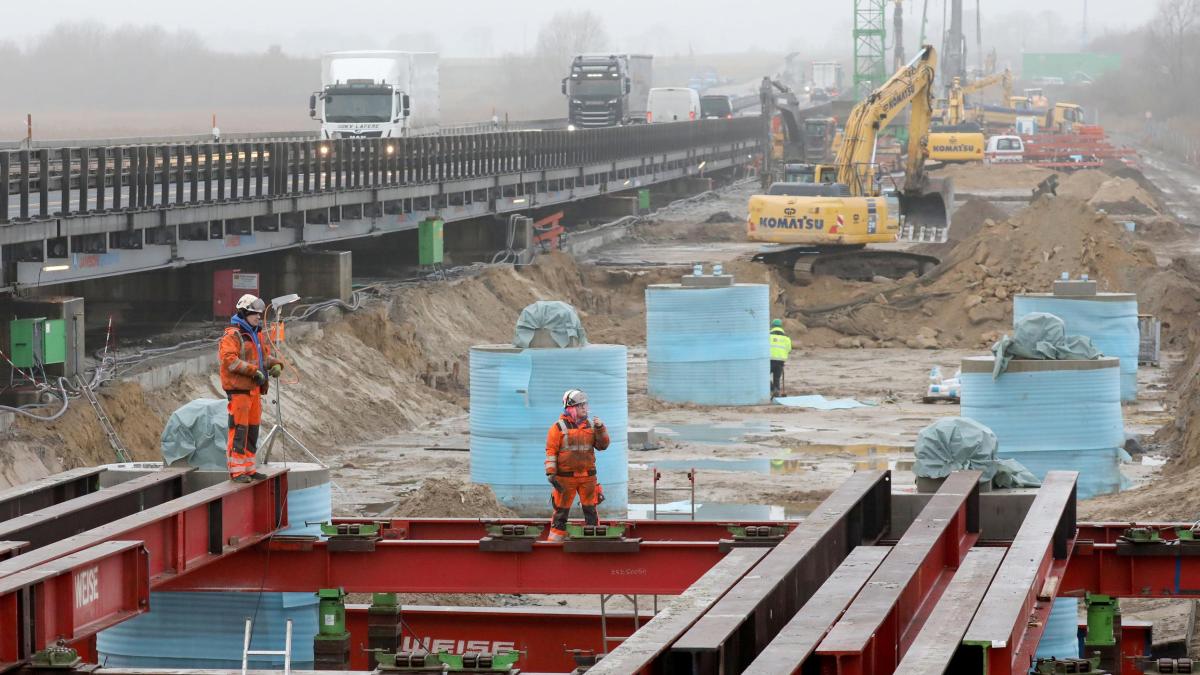 According to a study, the further construction of the A20 coastal motorway in Schleswig-Holstein and Lower Saxony could become so drastically expensive that the major project is no longer economical from the perspective of the Federal Environment and Nature Conservation (BUND).

The total costs for the new building would therefore be around twice as expensive as previously planned, as the association announced when the study was presented on Tuesday.

Instead of 3.7 billion euros, the BUND expects construction costs of at least seven billion.

Study author Kirsten Erwentraut said that the costs in the federal transport route plan were set too low.

In fact, however, the costs outweighed the benefits of the motorway.

"The only conclusion that can be drawn from this is that the A20 is not worth building."

BUND chairman Olaf Bandt took the increase in costs as an opportunity to call for a change in mobility planning.

"We actually need the money for a climate-friendly expansion of mobility," said Bandt.

Instead of more traffic on the motorways, there should be more emphasis on bus and rail traffic.

For the study, the authors recalculated the costs for the entire project on the basis of estimates by the Federal Audit Office for the planned new A20 Elbe tunnel, including any rising construction prices.

In addition to the Elbe Tunnel, many other large engineering projects could drive up the costs of the project, according to the study.

145 bridges would have to be built for the route in Lower Saxony alone.

In addition, difficult fortification work is to be expected especially in the Wesermarsch, i.e. in marshland and moorland areas.

The A20 is intended to connect the Netherlands, Northern Germany and Poland.

With 121 kilometers on the Lower Saxony side, it is one of the most important infrastructure projects in the state.

The motorway coming from the Polish city of Stettin has long ended east of Bad Segeberg in Schleswig-Holstein.

The construction is disputed over and over again - complaints are delaying the start of the first, 13-kilometer section in Lower Saxony from the A28 near Westerstede (Ammerland district) to the A29 near Jaderberg.