Illegal puppy trade is booming in the corona crisis

If you already sit so much in your own four walls, you can at least fulfill your wish for a pet. Many people thought that in the corona pandemic. But not only the serious trade is booming - with serious consequences for puppies and cats. 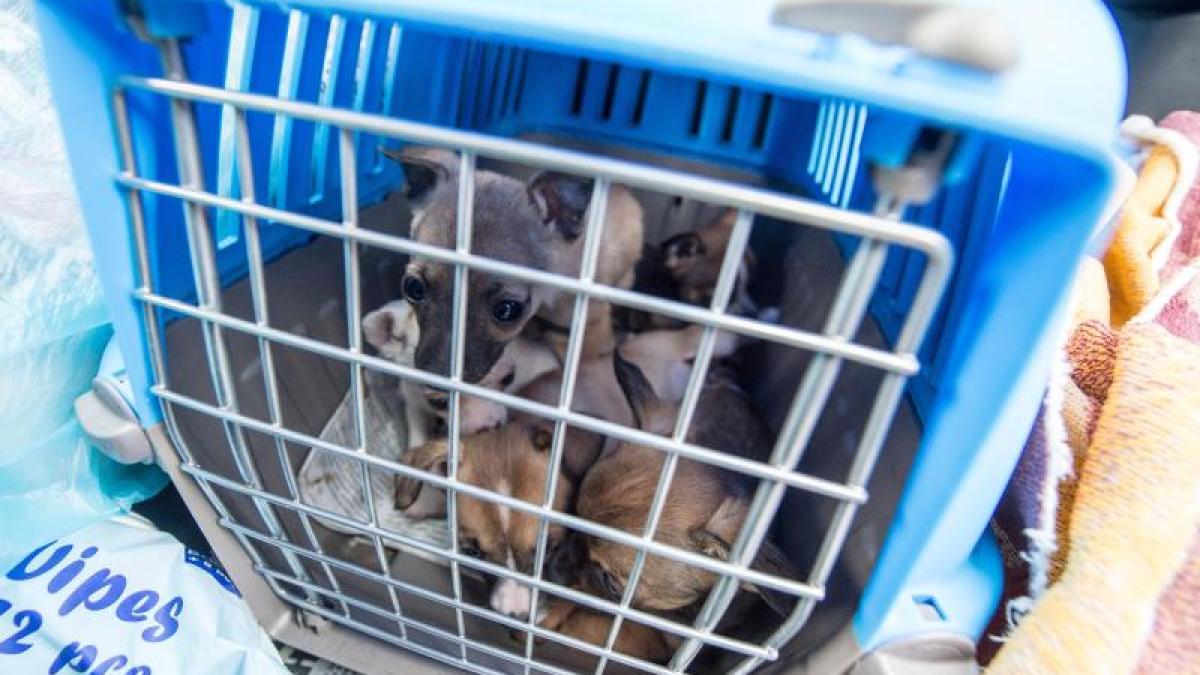 Berlin (AP) - The puppy is sleeping peacefully in its basket.

But instead of new owners, two Berlin police officers are standing around him.

The animal was confiscated last week.

It is said to have been offered for sale illegally on the Internet.

The handover was agreed at a metro station in the capital.

The same dealer probably offered other supposedly healthy dogs for sale, as the police wrote on Facebook on Monday.

Apparently, the illegal trade, especially in puppies and cats, is booming in the Corona crisis: According to the German Animal Welfare Association, it increased last year.

"The number of cases and animals is already above the total number of the previous year."

There were a total of 66 cases of illegal trade in at least 731 affected animals.

A high number of unreported cases is feared.

"This is only the tip of the iceberg," says press officer Hester Pommerening.

The figures are based on cases of confiscated animals that have been handed over to animal shelters and media reports on illegal trade.

But not all cases are reported, if they are discovered at all.

In the corona pandemic, people are at home more often and many long for animal company when you can hardly meet other people.

Corresponding portals on the Internet are full of ads for dogs and cats.

Not all of these come from trusted dealers.

"The pet boom triggered by the corona pandemic and the anonymous sales on the Internet make it particularly easy for dealers," said Hoth.

"The suffering of these puppies is immense", it says on the website of the animal welfare association.

Many puppies are weakened from the long transports and are hardly able to survive.

The animals often have no papers and are susceptible to diseases.

Another problem: According to the Animal Welfare Association, it is becoming more and more difficult to distinguish the offers from illegal traders from reputable providers.

The Federal Ministry of Food and Agriculture recommends informing the police, the locally responsible veterinary office or the highest veterinary authority of the respective federal state in the event of suspected violations.

The ministry cites incorrect or missing papers, very cheap prices and poor health of the animals as evidence.

Even when selling from the trunk or delivering to any location, grievances in rearing could be covered up.

The Animal Welfare Association calls for the regulation of online trading and mandatory Europe-wide labeling and registration for pets in order to be able to better trace their origin.

Better cross-border cooperation is also necessary in order to capture the people involved, as well as increased controls and tougher penalties for the perpetrators.

In any case, the puppy from Berlin was not healthy, it had fleas and worms.

In addition, he was separated from his mother much too early, the police said.

After a treatment at the vet, he will now be cared for in an animal shelter.

Ministry of the Puppy Trade