Here, the police mock Stig Engström - hear the mistake that may have lowered the Palme investigation

He has been singled out as Olof Palme's track man - but we will probably never know if the so-called Skandiaman was really guilty. Now previously classified audio recordings show how the police who investigated the murder laughed at Stig Engström, even though he could be the perpetrator. 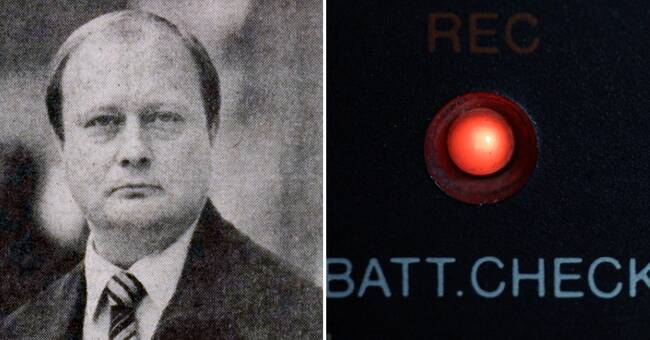 On June 10, 2020, prosecutor Krister Petersson pointed out Skandiamannen as a reasonable suspect in the Palme murder at the same time as he announced in the same breath that the Palme investigation will be closed.

In the documentary "The Palme Murderer", Lars Olof Lampers, producer and journalist at SVT, goes to the bottom with what speaks for and against Stig Engström as the perpetrator.

- The investigators looked at him as an annoyance, a confused old man.

Hear the police laugh at Engström

In previously classified audio recordings from Palmerummet, viewers hear for the first time how it sounded when the police mocked and laughed at Stig Engström after his appearance in Rapport 1986:

It was damn good.

- How could we miss Engström?

- You saw how nice he ran in the alley.

- He was strongly offended that he was not allowed to be part of the reconstruction.

- Yes, but it's not so strange, this is the event of his life and he has sat in the workplace and talked and discussed about this and then in front of his wife and children and good friends and everything and then he does not come to the reconstruction.

He gets desperate, what are they going to say?

"It's painful to hear"

Lars Olof Lampers was horrified when he first heard the experienced investigators talk about Stig Engström.

- They obviously have a very vague idea of ​​who he is, where he has been, how he has been dressed, what he said in the interrogations and what role he played.

It's painful to hear considering how important it was to sort this out even if they did not suspect he was the killer.

What do you think the dynamics in the Palm Room looked like?

- From what I have heard, there is really a lack of dynamism, it's a bit of locker room talk.

For example, there is a rather condescending tone towards some of the murder scene witnesses.

We have been able to read some in quotes before, but it is only when you hear the tones that you get real insight.

"Something is wrong with him"

Nevertheless, audio recordings from 1986 show that the investigators had their doubts:

There's something wrong with him.

Maybe you should be careful with him.

- If he does not lie then he has been there at the crime scene.

- Then he's the perpetrator.

The police's mistake may have led to us never getting an answer to the murder mystery.