Emmanuel Macron laid a wreath in Jarnac on Friday in memory of François Mitterrand, who died 25 years ago, alongside veterans of the PS, who were more to emphasize that the two men had "... 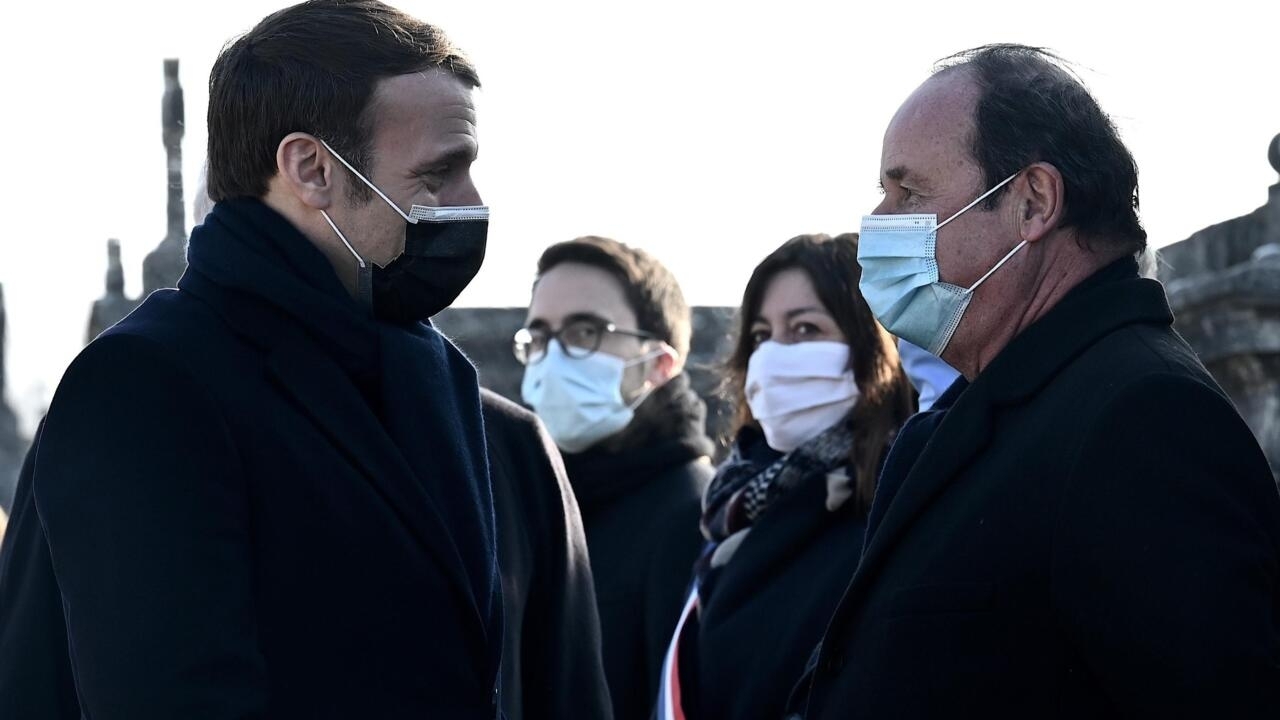 Emmanuel Macron on the lands of François Mitterrand.

The French president went to Jarnac on Friday January 8 to lay a wreath in memory of his predecessor, who died 25 years ago.

A ceremony which took place in the midst of a crowd of former companions of the first socialist president of the Fifth Republic, who underlined the differences between the two men.

Arrived first, about twenty relatives of the late president gathered in front of the family vault, including the former president François Hollande, the former ministers of François Mitterrand, Ségolène Royal and Hubert Védrine, his son Gilbert Mitterrand as well as the current one. First secretary of the Socialist Party, Olivier Faure, who laid a wreath on behalf of the party.

Emmanuel Macron arrived a quarter of an hour later, after having greeted on Twitter the two achievements of François Mitterrand the most important in his eyes, the abolition of the death penalty and his European commitment.

"Let us never forget his words: nationalism is war," wrote the head of state.

25 years after his death, the legacy of President François Mitterrand is still alive.

Its two seven-year terms continue to irrigate our collective history.

All observed a minute of silence which marked the end of a twenty-minute ceremony.

Olivier Faure deemed "normal" and "welcome" that the current president comes to pay homage to an "illustrious predecessor" but noted that he had done the same for Charles de Gaulle, Georges Pompidou, Valéry Giscard d'Estaing and Jacques Chirac.

"But I do not see anything in common between them in the policy they lead," he told AFP, "he is a chameleon president who has identified with each of them but leads a policy close to Nicolas Sarkozy ".

"No left-wing voter can believe a blink of an eye," he smiled.

25 years after his death, I pay tribute to François Mitterrand.

Socialism is always a hope.

That of progress, social justice, education, the role of the State, secularism and respect for the planet.

This message is obviously topical.

"Socialism always represents a hope. That of progress, social justice, education, the role of the State, secularism and respect for the planet. This message is obviously topical," said tweeted François Hollande.

The boss of the Insoumis Jean-Luc Mélenchon, former PS senator and great admirer of François Mitterrand, for his part was angry against what he sees as an attempt at recovery.

A "sickening" recovery for Mélenchon

"Macron's presence in Jarnac is sickening," he tweeted on Friday.

"It disgusts", he added in an interview with The Obs, "it clings to all branches".

"Leave him alone!", He continued to address the Head of State.

"François Mitterrand is retirement at 60, the common program, the fight against capital. May he respect our mourning".

The presence of #Macron in #Jarnac is sickening.

PS elected officials, like Anne Hidalgo, hailed the memory of the winner of 1981. But Walkers too, like François de Rugy, paid tribute to him.

Emmanuel Macron then went to the birthplace of François Mitterrand transformed into a museum, then left after a mini-walkabout.