Six million people belonging to 37 nationalities residing in the UAE have benefited from 60 events held by the Hemaya International Center of the General Department for Drug Control in Dubai Police, to prevent narcotic drugs and psychotropic substances during the past year, most of them via visual communication platforms. 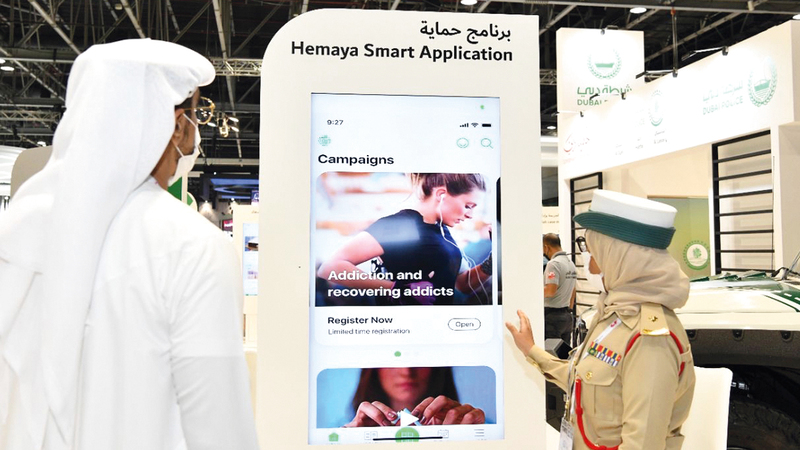 Six million people belonging to 37 nationalities residing in the UAE have benefited from 60 events held by the Hemaya International Center of the General Department for Drug Control in Dubai Police, to prevent narcotic drugs and psychotropic substances during the past year, most of them via “remote” visual communication platforms.

The center was able to deliver its awareness message remotely in light of the application of precautionary measures to prevent the Corona virus by sending 30 messages via e-mail to Dubai Police that include awareness messages for all members of society, in addition to publishing 119 awareness messages through the internet and social networking sites in a video or educational image. Or a text message.

Assistant Commander-in-Chief for Criminal Investigation Affairs Major General Khalil Ibrahim Al-Mansouri praised the path charted by the International Hemaya Center through its rapid transformation from the traditional system in implementing awareness-raising activities to visual interaction (remotely), which brought the center's administrators into a difficult challenge in which they succeeded. The numbers and the number of beneficiaries are the best evidence of their superiority

The Director of the General Administration for Narcotics Control, Brigadier General Eid Muhammad Thani Hareb said: “We have reached six million beneficiaries through our various educational methods for all segments of society, the most important of which are students who were forced by the exceptional circumstances of the Coronavirus pandemic to sit in their homes for a short period of 2020, as the work team managed The Hamaya Center has prevented access to them in different languages, as the number of nationalities benefiting from the awareness messages of the International Hemaya Center reached 37 nationalities in the UAE.

The Acting Director of the International Hemaya Center, Colonel Dr. Abdulrahman Sharaf Al-Maamari, said: “The center sent 119 different awareness messages, and the Community Programs Department implemented 39 various activities, benefiting 674,000 people. The World Anti-Drug Day event, which is held annually, has the largest share of viewers on websites. Communication, where nearly 56 thousand people followed and interacted with her, and during which many specialized seminars and lectures were held, and specialists in the field of drugs and ways to prevent them were lectured.

The Acting Director of the International Protection Center, Colonel Dr. Abdul-Rahman Sharaf Al-Maamari, indicated that the Protection Center has set four levels to implement its tasks, the first of which is "prevention" and aims to disseminate information and different knowledge among the relevant groups, the second is "awareness" by focusing on educating vulnerable groups, whether from Third, through early monitoring, by monitoring any cases through secret channels, through the concerned departments within the police and through those concerned.

He added that the fourth level is the "periodic examination", in order to ensure that those registered in the system of periodic testing for drug abuse do not return again in application of Article 43 of the Narcotics Law.