The Director of the General Services Department in Ras Al Khaimah, Eng. Ahmed Al Hammadi, said that the department is working to raise the percentage of Emiratisation in administrative jobs in its institutions, adding that the number of citizens working in it reaches 71 citizens, accounting for 33% of the total number of employees, which exceeds 300 employees. Wow 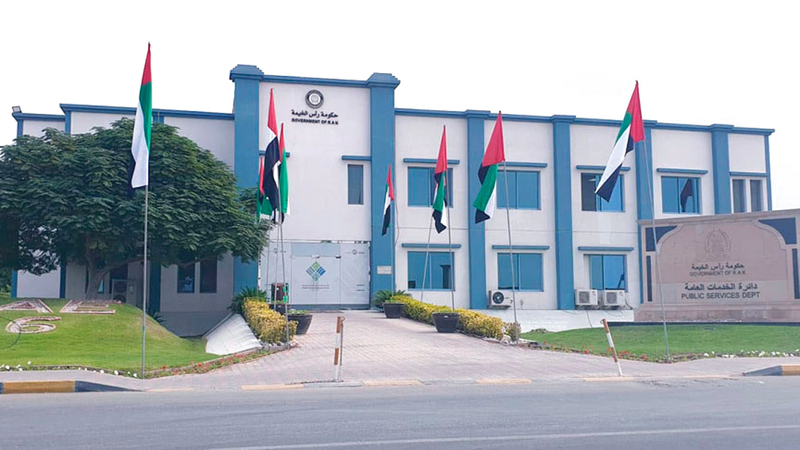 Identifying 12 sites in the emirate to establish community gardens

The department confirmed that 2021 will be the year of Emiratisation.

The Director of the General Services Department in Ras Al Khaimah, Eng. Ahmed Al Hammadi, said that the department is working to raise the percentage of Emiratisation in administrative jobs in its institutions, adding that the number of citizens working in it reaches 71 citizens, accounting for 33% of the total number of employees, which exceeds 300 employees.

He explained that the department, in cooperation with the Department of Human Resources, decided that 2021 will be the year of Emiratisation, by replacing administrative jobs and appointing citizens in the various departments of its affiliated institutions, pointing to the training of a number of university students currently, in preparation for their appointment upon their graduation from their universities.

He said that citizens wishing to find jobs in the department should send their personal papers via the department's director's email, to conduct interviews with them, pointing out that they should not have sufficient experience in the field they study, because the department will train them in some of its institutions, to be appointed upon graduation.

Regarding the department's projects, Al Hammadi referred to the study of 12 sites in the northern, central and southern regions and Ras Al Khaimah City, to establish community gardens within residential neighborhoods, and to send the study to the Ras Al Khaimah Municipality to take the necessary measures and determine the designs needed to implement them.

He added that community garden services will be provided to a large segment of the emirate’s population, and it is likely that their implementation will start during the second half of this year and be completed next year.

Al-Hammadi emphasized taking into account the implementation of gardens without walls through an agricultural fence, and the provision of a sports walkway that suits the gardens of residential neighborhoods.

He added that the department had received notes from customers about the development of Al Ittihad Street, starting from the Sheikh Mohammed bin Zayed roundabout at the entrance to the Emirate of Ras Al Khaimah to the Hamra roundabout in the Al Jazirah Al Hamra area, stressing that it had monitored the improvements needed by the road, amended it, and expanded it in some areas, as well as Tracks have been identified in other areas, and a pedestrian bridge has been established in front of Al Hamra Mall.

Al-Hammadi added that the road development file is at the Ministry of Energy and Infrastructure.

The ministry had cooperated with a consultant to study it at the beginning of last year, but the project was postponed due to the Corona pandemic, pointing out that it will be presented again during the coming period.

And he called for proposals and notes to be sent via smart and electronic applications for follow-up by the administration.

He stressed work to vaccinate drivers and officials in the department's institutions during the coming period.