Successes for Samstyret in Sölvesborg

After the last election, the Sweden Democrats came to power for the first time in a handful of municipalities in southern Sweden. The results have been varied. Success in Sölvesborg and chaos in the neighboring municipality of Bromölla. 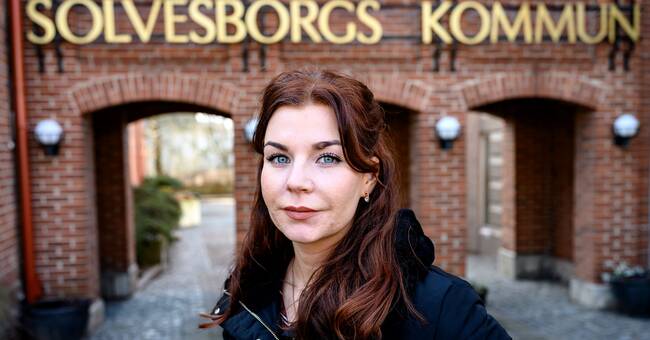 The Sweden Democrats received 29 percent of the votes in Sölvesborg and created a majority government together with the Moderates, the Christian Democrats and the local SoL party.

The coalition calls itself the "Co-Government".

The main representative of the Moderates was replaced after a local scandal, and in the national media the tone has many times been high about the development in Sölvesborg.

It has been about the flag policy that prevents the rainbow flag from being hoisted at the town hall, about the adopted criteria for art purchases (timeless and classical art must be given priority over challenging contemporary art) and about the stricter refugee policy that is planned.

But in the local debate, it has been a lot about welfare, should it be carried out privately or under municipal auspices.

- It is a classic right-wing policy with elements of SD policy that is pursued here, says Johanna Beijer, the Social Democrats' opposition council in Sölvesborg.

The municipality has good finances and according to a Sifo survey from last spring, before the pandemic struck, the Sweden Democrats had strengthened their support among voters in Sölvesborg.

The big issue right now is about a private care company that is about to establish itself.

The municipality has sold land right next to the water where several different homes for the elderly are to be built.

The opposition believes that the land was sold at a discount and has appealed the decision.

- When you now try to let in private actors, what is left of the municipal activities?

We do not think much, says Johanna Beijer (S).

But the municipal management is instead talking about new jobs and new care places.

- It is a company that invests more than SEK 300 million in the municipality and there are 130 jobs.

They have come to help the municipality cope with the need for care and then you have to have a flexible view and not be so bureaucratic, says Louise Erixon, (SD).