Several of Donald Trump's White House staffers are resigning in protest of the president's actions in connection with the storming of the Capitol. Among other things, Matt Pottinger, who works as a deputy national security adviser, has chosen to leave his post, Bloomberg reports. 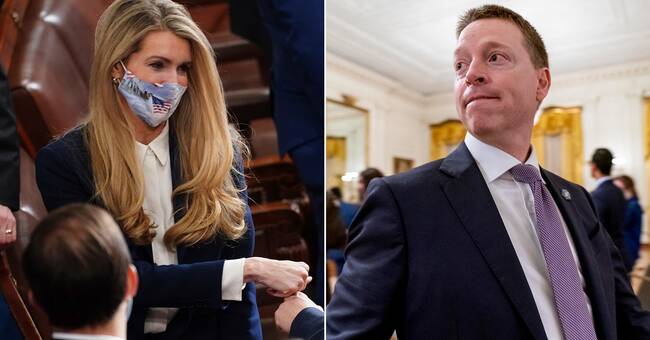 Criticism within the Republican Party has been harsh on President Donald Trump's actions in connection with the storming of the Capitol in Washington DC, reports CNN.

Several White House staffers are now turning their backs on the president.

Among other things, Matt Pottinger, who works as deputy national security adviser to the president, has chosen to leave his post after last night's events, Bloomberg reports.

In a statement, he says that Pence is a "genuinely nice and decent man who showed courage", reports CNN.

When work on formally approving the November election results resumed overnight, several Republicans, who had previously promised to question the election and the electoral votes that fall to incumbent President Joe Biden, chose to tone down their rhetoric.

When the first controversial vote, on Arizona's electoral votes, was held, it was finally six senators, out of a total of 100 in the House, who voted against approving them.

In the House of Representatives, 121 of the 431 members present chose not to approve Arizona's results.

One of those who changed was Kelly Loeffler - the Republican from Georgia who a day earlier lost her seat in the incoming Senate against the Democrat Raphael Warnock.

- I can no longer with a clear conscience protest against the election result, she said and received applause in the House.