Several tens of thousands of parking spaces for trucks are currently missing in Germany. This sometimes leads to life-threatening situations. More and more companies are now offering help. This should reduce the number of accidents, but also have other positive side effects. 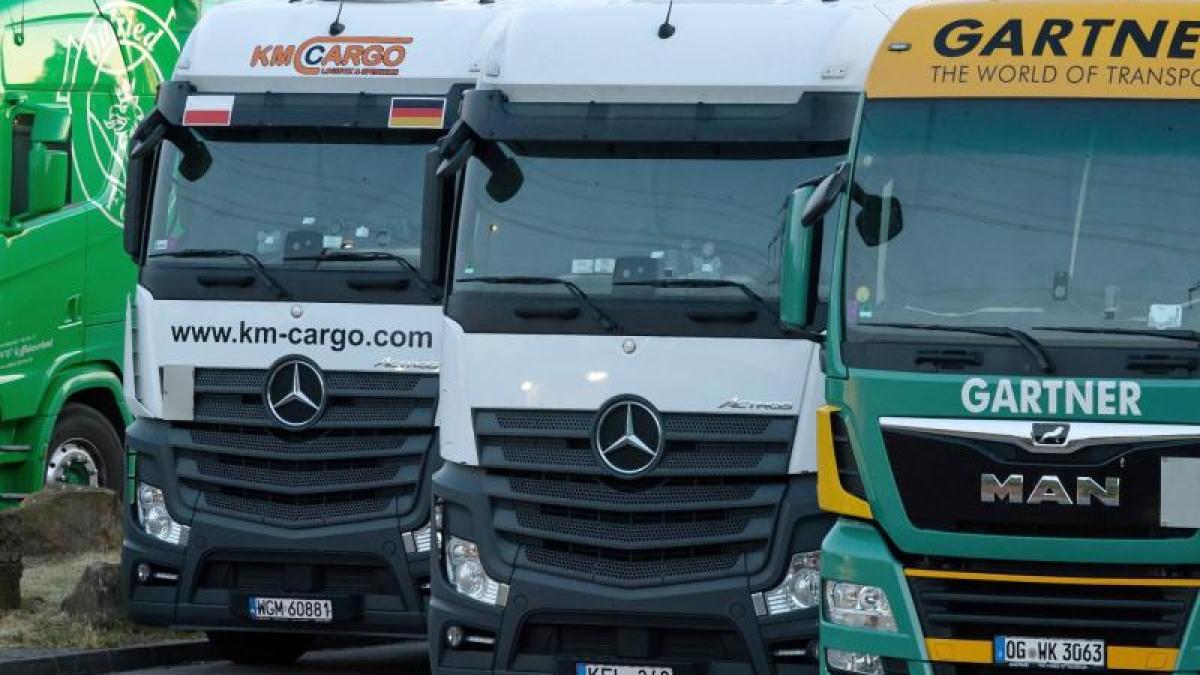 "That's the horror of every truck driver, because you know very well that you won't get a parking space."

He describes his experiences in a video from Kravag Truck Parking - experiences that every colleague has already had several times.

The consequences are not only relevant for those affected, who have to adhere to driving times: stressed or tired drivers are more likely to cause accidents.

And trucks parked in the wild are also a risk.

Shortage of parking spaces has been a major problem for the industry for years.

Expressed in figures: According to data from the Federal Motor Transport Authority, there were almost 3.3 million trucks in Germany (as of January 1) - four percent more than in the previous year.

According to Kravag Truck Parking, more than 20,000 parking spaces are missing on German motorways every night.

Prof. Dirk Engelhardt, spokesman for the board of the Federal Association of Freight Transport, Logistics and Waste Management (BGL), is even assuming 30,000 to 35,000.

The existing parking spaces are clearly overloaded with a peak of up to 290 percent.

"The vehicles are then criss-cross."

One approach to the solution is for companies to offer their premises as storage space.

For example, the Baden-Württemberg Ministry of Transport identified eight possible areas in the state that could become parking spaces in a survey of companies and private individuals.

In a conversation with the Federal Ministry of Transport, the new Autobahn GmbH should take over possible pilot projects in January.

The Federal Ministry recently published plans according to which the construction of new truck parking spaces on motorways should be funded by private investors over four years with a total of 90 million euros.

The aim is to start funding in the first half of 2021.

The model already exists: companies offer their area to other companies who can park their trucks there at night.

Since June, drivers or their employers have been able to reserve parking spaces using the app, as co-project manager Tim Baumeister explains.

A space costs seven euros - five of which went to the company that offers the parking lot and two to Kravag for mediation.

There are already almost 30 locations, and there are to be over 200.

There are still not quite a few bookings every night, said Baumeister.

«But it is becoming.

The market is developing. "

Another provider is Bosch Secure Truck Parking with a network of around 50 truck parking spaces in Germany, Austria, Belgium, France, Luxembourg and the Netherlands.

"The next market entries will take place in Eastern and Southern Europe," said a spokeswoman.

Parking areas in a good location - i.e. close to the motorway - and heavily frequented areas would have a high level of occupancy.

Here the property owner sets the price, explains the spokeswoman.

In Germany, the daily rate ranges from 5 to 30 euros in high-security areas.

Bosch Service Solutions offers companies the opportunity to equip the premises with security technology such as barriers, fencing and video surveillance, including virtual guard tours.

Both providers ensure that, for example, sanitary facilities are available.

A retail store or a delivery service should also be available in the vicinity, said Kravag's builder.

"Truck drivers are then not dependent on self-sufficiency with the gas stove."

From the point of view of the BGL, this is also important in order to keep the job of long-distance driver attractive.

In Germany, around 16,000 drivers were missing, said Engelhardt.

But there are now also problems in Poland, Romania and Bulgaria.

"If nothing changes, then we are heading for a traffic collapse," said Engelhardt.

Baumeister and the subsidiary Kravag, which insures large parts of the logistics industry, explain that R + V Versicherung is committed to this topic.

This resulted in know-how and contacts.

In addition, the project also has advantages for the insurance company: If truckers knew where to park in a predictable manner, they would not have to search for hours and would not be stressed.

"If you have a well rested driver, the risk of an accident is of course lower - for himself, but also for all other road users," said Baumeister with regard to rear-end collisions at the ends of traffic jams.

According to BGL expert Engelhardt, building new parking spaces costs an average of 50,000 to 60,000 euros.

Upgrading an existing company site is significantly cheaper at around 21,000 euros.

The whole thing is also important in light of the fact that the railway is currently not in a position to transport all goods - which will not change anytime soon, given the purchasing behavior of people.

"If we want to continue to afford this consumer behavior, we as a Federal Republic must commit to trucks."

However, the parking lot projects failed less because of investments, so Engelhardt.

Some possible areas are off the beaten track, explained managing director Andrea Marongiu.

In his opinion, things are going well almost nowhere in the republic - "with the exception of the northeast and northwest, regions outside the main routes."

The situation is particularly difficult in Bavaria, Baden-Württemberg, North Rhine-Westphalia and Hesse.

Information from the Baden-Württemberg Ministry of Transport

BGL on parking spaces for trucks

Via the Association of Forwarding and Logistics Baden-Württemberg