Can the second dose of the Corona vaccine be postponed? Can it be different from the first type?

In an effort to increase the number of beneficiaries of the vaccine; The United Kingdom and Denmark decided to postpone the second dose of the emerging corona virus vaccine, so what is the purpose of this step? Does it have risks? 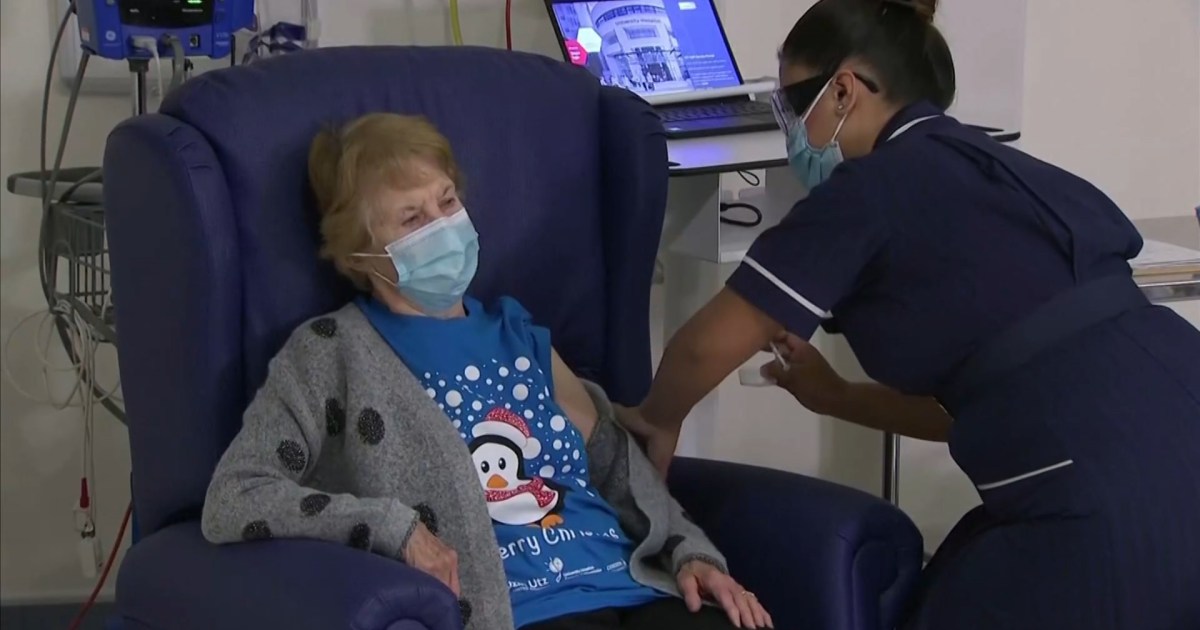 In an effort to increase the number of beneficiaries of the vaccine;

Does it have risks?

Is using a different vaccine between the first and second doses also effective?

Answers and others are in this report.

What is the purpose of delaying the second dose?

The delay aims to provide a first dose to more people before moving to the second, a measure that other countries after Britain and Denmark could take.

The British authorities announced that they would postpone the administration of the second dose of the vaccine 3 months after the first dose, which is much longer than the three to four weeks that were recommended.

If the vaccine used in the first dose is no longer available, the British authorities have allowed a different vaccine to be given in the second dose.

The goal is to ensure more people get a dose sooner, even if the level of protection is lower than the level gained after receiving the two doses.

What did the World Health Organization say?

The World Health Organization said Tuesday that the second dose could be postponed for a few weeks "in the exceptional circumstances of epidemiological contexts and the constraints associated with supply operations."

Alejandro Craviotto, chair of the Strategic Advisory Group of Experts on Immunization, which advises the World Health Organization on vaccination issues, said in Geneva on Tuesday;

Ideally, the two doses required to protect the vaccination should be given with an interval of 21-28 days.

According to a report in The Guardian - the World Health Organization’s group of 26 experts from around the world has met online to recommend how to use the Pfizer-BioNTech vaccine, and will also meet to discuss other vaccines when they are done. Approved by various regulators.

Their conclusion was that the two doses should be administered separately from 3 to 4 weeks, unless there were "exceptional circumstances for vaccine supply restrictions and epidemiological settings to delay the administration of the second approach for a few weeks in order to maximize the number of individuals benefiting" from a first dose, Gravotto said in announcing their decision.

The extraordinary delay was 6 weeks, and this was explained later.

The experts said the safety and efficacy data from the trials did not exceed 3-4 weeks, but there were some data up to 42 days, or 6 weeks.

He explained that if this was an option for countries it would depend on when and how much new doses of the vaccine were received.

What do opponents of delaying the second dose say?

There is some concern among scientists in the United Kingdom and the United States about the UK's joint committee on vaccinations and immunization decision to recommend a delay of 12 weeks, according to the Guardian.

While there is some evidence from trials of the AstraZeneca-Oxford vaccine that a second dose late, up to 12 weeks, does not interfere with the effectiveness of the vaccine;

Pfizer released a statement saying there was no evidence from its experiences.

And Pfizer's final phase III trial showed that people started getting protection 12 days after receiving the first dose, but nearly all got two injections within 3 weeks.

The company said, "There is no data to prove that protection after the first dose continues after 21 days."

The "Pfizer-Biontech", "AstraZeneca-Oxford" and "Moderna" vaccines are designed on the basis that the two doses of the vaccine are administered at intervals of 3 weeks for the first and 4 weeks for the second and third.

The Biontech laboratory stressed Tuesday that "the efficacy and safety of the vaccine have not been evaluated on the basis of other dosing schedules," except for two injections that are 21 days apart.

"We did not choose 3 weeks for the Pfizer vaccine and 4 weeks for Moderna because we know it is an ideal formula," said Howard Foreman, an expert in public health at Yale University.

"This was the best hypothesis for the optimal interval between the two doses, in order to increase immunity. Small changes in the recommendations could make a big difference in the results of the vaccines available to us," he told AFP.

According to him, delaying the second dose, which is necessary for long-term protection, should be reserved for people under the age of 65, without any particular risks.

Is it possible to inject the first dose of Pfizer, for example, and the second dose from another vaccine?

Regarding injecting a different vaccine between the two doses, immunologist Akiko Iwasaki said that in theory this is possible, but experts agree that it requires more research, and it should only be used as a last resort at the present time.

One way forward may be to combine the results of several studies that have been conducted to determine the threshold for antibodies that provide protection against the virus, according to Saad Omar and Natalie Dean, biologists at the University of Florida.

This is followed by smaller trials to determine the dose of vaccine that reaches this level.

Currently, a similar study is being conducted to determine whether an injection of a single dose of Moderna provides the same protection as the two doses, according to John Mascula of the National Institutes of Health in the New York Times (The New York Times).

Natalie Dean's concern, however, is that these changes are contributing to people's confusion and increasing their mistrust of vaccines.

According to her, any amendment must therefore follow the same licensing process used to urgently give the vaccines a green light.