A daily walking goal will bring about significant changes in your health, says the doctor. Exercise is an important pillar of health, and if you had to choose one way to start increasing your exercise, it would definitely be walking. This is what Rangan Chatterjee, a British BBC morning television specialist, writes in his new book Health for Balance - 4 Keys to a Better Life (Gummerus). According to Chatterjee, there are four basic pillars of health - nutrition, exercise, sleep and r 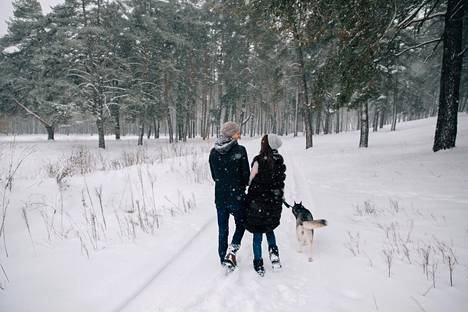 Exercise is an important pillar of health, and if you had to choose one way to start increasing your exercise, it would definitely be walking.

This is what Rangan Chatterjee, a British BBC morning television specialist, writes in his new book Health for Balance - 4 Keys to a Better Life (Gummerus).

According to Chatterjee, there are four basic pillars of health - nutrition, exercise, sleep and relaxation - and the goal is to achieve a balance between these aspects.

In his book, the British doctor recommends a familiar goal: strive to walk at least 10,000 steps every day.

The goal has sometimes been criticized for not really being based on anything, and Chatterjee also admits that it has been drafted arbitrarily - but nonetheless very useful.

Your doctor will point out that if you can first increase your steps to 10,000, it will also make it much easier to increase your other physical activity.

- For many who have not exercised before, walking serves as a gateway to a new, more active life.

These are the benefits of walking

Almost every patient has been able to do this

The doctor says he knows that 10,000 steps sounds like an awful lot - but at his reception he has seen that in reality it is not difficult to implement.

- I know many who do little during the day but still manage to stack a couple of thousand steps.

A thousand steps only requires about a ten minute walk.

- If you can walk without problems, you will be able to reach the goal.

Almost every patient who came to my office has been able to do it, be it 20 or 80 years old.

One small change can make a huge difference

The meter also counts the steps that are missing from the smartphone counter.

The doctor gives an example from his own daily life of how a small change made a huge difference to the number of steps in the day.

He says he is one of the few in his workplace who does not use a public address system to call patients.

It’s more polite for him to go to the waiting room himself - and at the same time he’s forced to get up from his chair.

- At my previous job at Oldham Health Station, I got out of my chair every ten minutes, walked 20 seconds into the waiting room, and then 20 seconds with the patient back into the reception room.

This resulted in almost half an hour of walking during the day, or 3,000 steps, and required only one change in routine.

Would you have time for a walk in the morning?

You get the added benefit if you can accomplish much of your walking goal in the morning.

- A recently published study found that exposure to bright morning light is associated with lower weight.

Although you can only dream of brightness during the winter, Chatterjee points out that even on the grayest day, the outside is more exposed to light than indoors.

The connection of light to weight is explained by the body's natural circadian rhythms.

- Exposure to light is the basic mechanism by which internal circadian rhythms are maintained over time and function properly.

At the same time, you will also improve your rest and recovery, as staying outdoors in natural daylight is one of the best ways to promote a good night’s sleep.